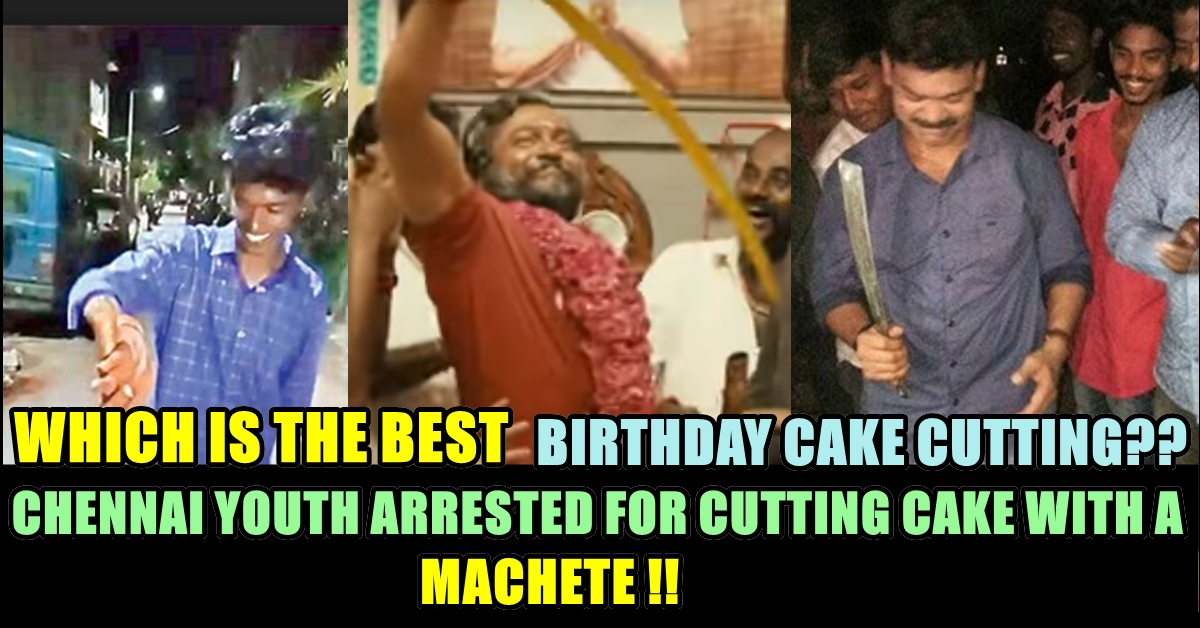 After the video of the youth cutting a cake, placed on top of a bike parked on the road, with a machete was shared widely on social media, a police team from MGR Nagar police station picked him up from his house in Anna Sathya Nagar, Jafferkhanpet. Police sources said the arrested youth Sathish (21) was a construction labourer. His friends decided to celebrate his birthday in a unique way to make it memorable and gave him a surprise.
[wp_ad_camp_1] They took him to John Kennedi Street in West Jafferkhanpet where they had ordered a cake for him on his 21st birthday on July 21. His friends gave him a machete and asked him to cut the cake. They also took video of the same and uploaded on the social media platforms. In the video that went viral, the youth wearing a blue shirt was seen cutting the cake with machete and also playing with it. They were seen throwing cake pieces at each other.
[wp_ad_camp_1] With the help of residents from the locality, the MGR Nagar police nabbed Sathish and booked him for causing nuisance to public.It may be recalled that gangster Binu had hit headline when police gatecrashed his birthday celebration, where he cut a cake with a machete.
[wp_ad_camp_1] Police had rounded up more than 70 suspected anti-social elements in February when they stormed into Binu’s party.
Continue Reading
Advertisement
Related Topics:

Watch : Virat Kohli Did An “Utter Local Terrific Dance” While Entering The Ground !! Dhawan Could Not Resist !!
JUST IN : Most Awaited Vada Chennai Trailer Out & Its A Stunner !!