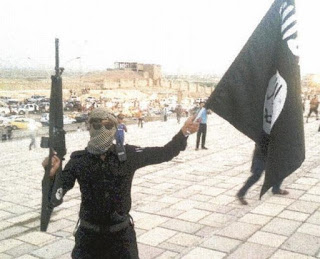 Chennai youth told parents of his intention to join IS

Investigators are trying to find out if Nasir underwent training at the camp of Al-Sidairah, a Jihadist figure in Sudan who has openly pledged allegiance to the IS. Representative photo: Reuters

Mohammad Nasir was detained in Sudan and brought to India on Friday.

The 23-year-old computer engineer from Tamil Nadu, who was deported from Sudan before he could reach Libya to fight alongside the Islamic State (IS), had informed his parents of his intentions. It was the parents who informed intelligence agencies and a hunt was then launched for the accused in Sudan.

Sudanese authorities detained him in October on the basis of inputs provided by the Indian agencies. However, diplomatic hurdles and procedures ensured that it was two months before he was deported to India. He was arrested by the National Investigation Agency (NIA) upon his arrival in India on Friday.

The accused, identified as Mohammad Nasir, also underwent combat training in Sudan for four months. Though he is an Indian citizen, Nasir had a UAE passport too. He was living with his parents in Dubai where he worked as a computer engineer. Before leaving for Sudan, he first travelled to Chennai and returned to Dubai. “He travelled to Sudan on his UAE passport. He reportedly paid Rs. 80,000 for a Sudanese visa. Once he reached Sudan in June this year, he underwent military training at a camp there,” said a senior NIA official.

A senior NIA officer said that Nasir was arrested as “he was all set to join the battlefield in Libya, an emerging stronghold of the IS.” “We decide on slapping criminal charges after analysing the degree of intent. Here, this man had travelled all the way to Sudan to join the IS, which is a banned organisation here in India,” said the NIA official.

Another official said that Nasir was “self-radicalised” through the Internet and he met his facilitator online. “He had been into online radicalisation for the past one year. He was frank enough to tell his parents that he was going to join the IS and would fight for them. He is in our custody till 21st December and we expect to extract more information from him,” said the official.

Investigators are trying to find out if Nasir underwent training at the camp of Al-Sidairah, a Jihadist figure in Sudan who has openly pledged allegiance to the IS.