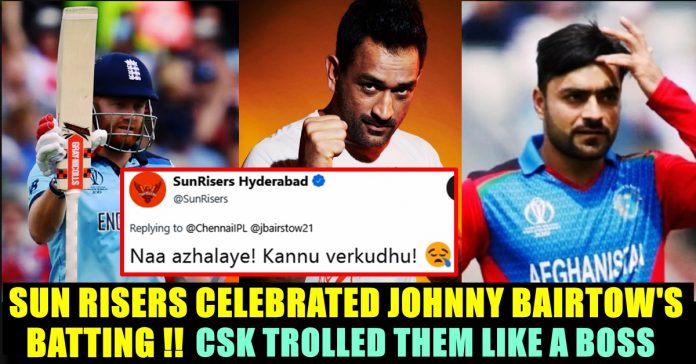 England dished out one of their most devastating performances with the bat in the World Cup 2019 on Tuesday as they crushed Afghanistan by 150 runs in Manchester to grab the top spot in the points table with their fourth win of the tournament. This was the biggest win for England in terms of runs since the 1975 World Cup game against India which they had won by 202 runs. The game was taken away from Afghanistan in the first innings itself when England posted their highest World Cup score of 397 for 6 in 50 overs after opting to bat first.

Johnny Bairstow who was a part of Sunrisers Hyderabad team in IPL tournament scored 90 runs in 99 balls. It is very common for IPL teams official twitter handles to hail praise for it’s players who are giving extraordinary performance in the ongoing World Cup tournament. 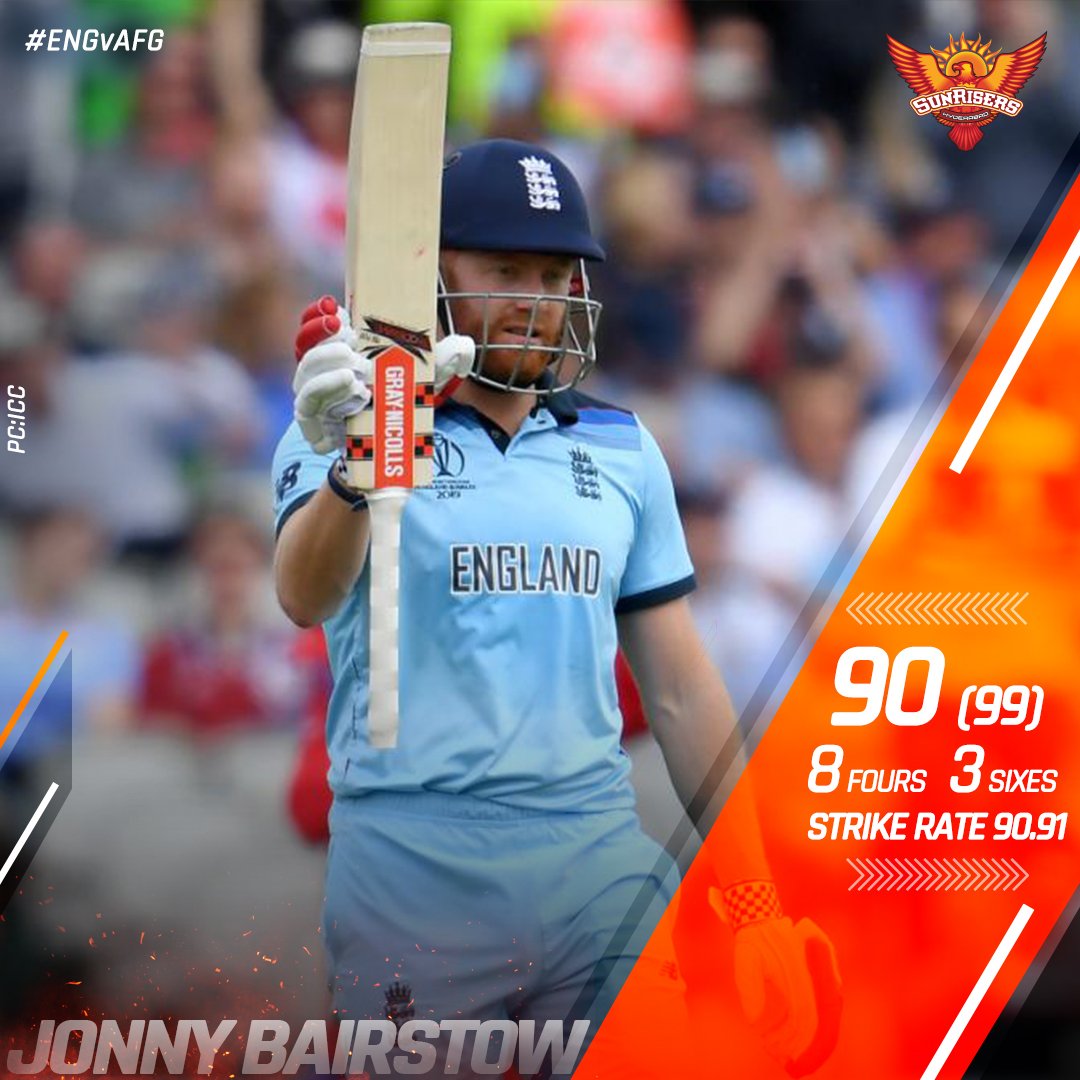 Opener Jonny Bairstow, after a patient start, hit a 99-ball 90 including eight fours and three sixes and SRH — the team Bairstow represents in the IPL — was quick to doff its hat to one of its won. The Sunrisers Hyderabad’s twitter handle wrote, “With a 99-ball 90, Bairstow was so close to his maiden World Cup century! A brilliant knock nevertheless”.

With a 99-ball 90, @jbairstow21 was so close to his maiden World Cup century!

To this post Chennai Super Kings team who became the runner up in the 2019 edition of IPL came up with a hilarious reply. The team’s twitter handle in it’s reply wrote “That 54-ball-110 would have been painful though! 😅” However Sunrisers Hyderabad’s prominent spinner Rashid Khan who played for the team Afghanistan in the same match gave away 110 runs in the 9 overs he bowled with highest economy. Mentioning this, Chennai Super Kings, in their reply wrote “That 54-ball-110 would have been painful though! 😅”

What came next is just unexpected. As we all expected a attacking tweet from SRH, They hilariously posted a humorous dialogue from the famous movie “Raja Rani” in which actor Jai in a scene with Nayanthara would say “Naan Onnum Azhuvlaye, Kannu Verkuthu!!” ( I am not crying, My eyes sweats)

Here’s how Chennai Super Kings replied to this comment of SRH :

Check out some of the reactions for the witty replies of CSK :

Give this admin a raise already! 😂

This Admin is just Awesome 👌👏🤣

What do you think on this hilarious banter between both the teams ?? Comment your views below !!