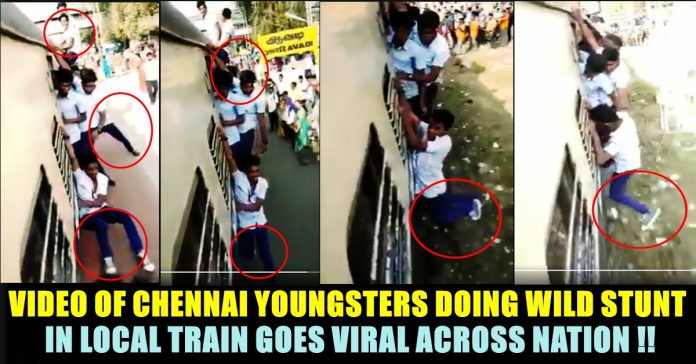 Youth is the lifeline of every nation and our country boasts of really talented, wise and progressive young people. However, there’s a huge number of youngsters in our country for whom careless is a very small word.

Every day we witness youngsters who are doing nothing but spoiling their life in bad addictions, causing a threat to themselves and society by careless driving, indulging in useless fights and what not.

A video has gone viral in which some students of ITI are seen travelling on an EMU in Avadi on the outskirts of Chennai and performing stunts. The boys don’t appear to know the risk they are putting themselves to.

There have been incidents of college students traveling by train carrying sickles and performing stunts by scrapping sickles on the platform’s surface from the moving train. These incidents have been reported from Pattravakkam and Ambattur areas. The police have been identifying such miscreants based on CCTV footage and warning the students. 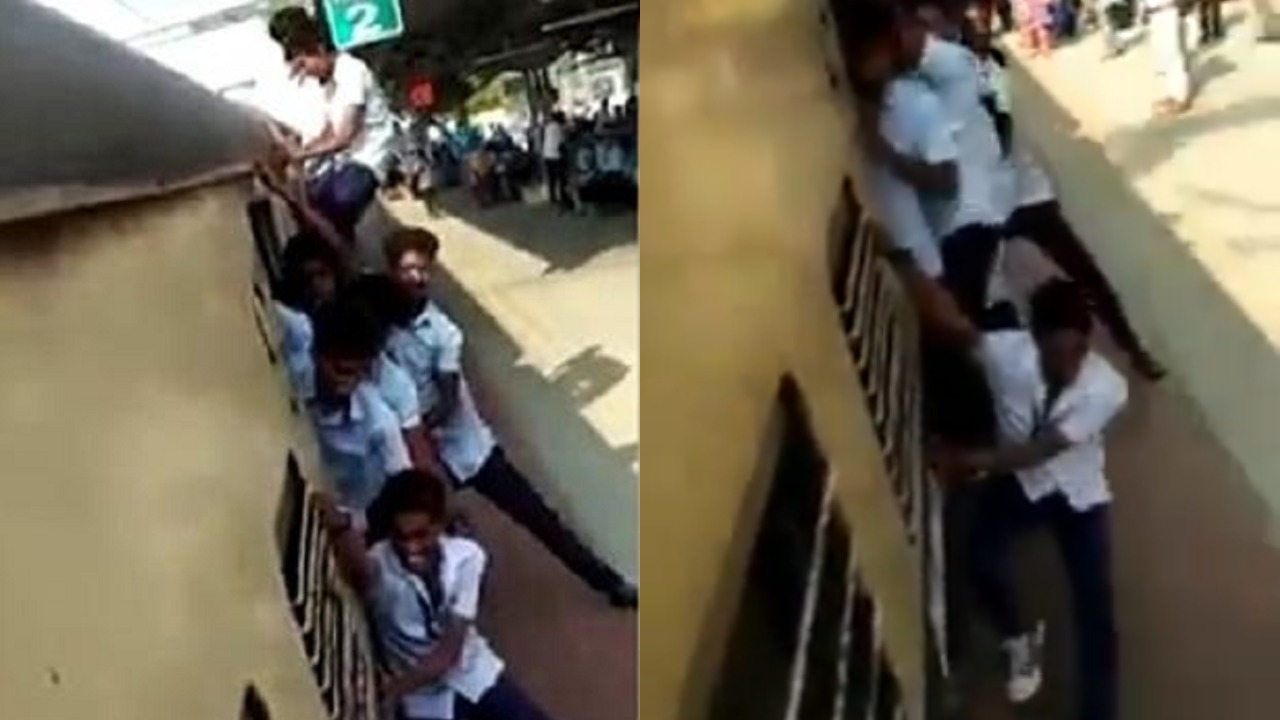 On Thursday morning, at around 8 o’clock, some students of ITI were travelling by the electric train from Chennai to Tiruvallur. Though there were seats available inside, they were standing on the footboard and chatting. Without realizing the danger posed by overhead electric cables, they were standing in a dangerous manner.

Meanwhile, when the train was about to depart from Avadi station, some students, while dangling from a coach, scraped the platform’s surface with their legs. Onlookers recorded the act on their mobiles and uploaded the video on social media. Based on the video, the police have established that the students are from the Ambattur ITI. The identity of the students is being ascertained.

It is not the first time that such activities have been recorded and videos have gone viral on social media. We hope youngsters understand the value of their life and use their energy on something which puts their life towards progress.

Above everything this incident caught the attention of entire nation as we can see these video of our Chennai students doing stunts in almost every news channel as of now. Ofcourse we wish our name to be mentioned everywhere but definitely not for this cause.