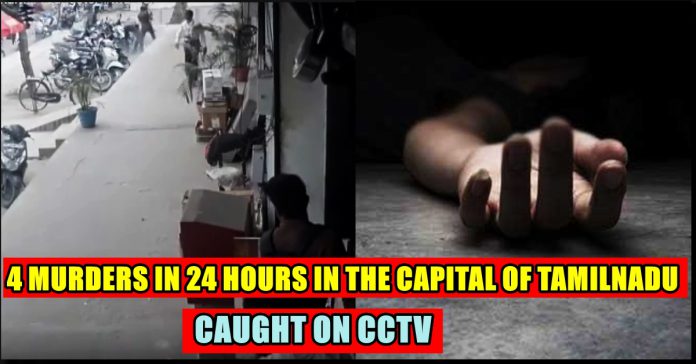 The first one which happened infront of famous women’s college DG Vaishnava in Arumbakkam caught on CCTV camera which was planted in one of the shops nearby. Kumaresan (37) a primary accused in a murder case 3 years ago came after appearing in court in Poonamalle for his break fast.

The video shows 3 men carrying sharp sickles and weapons brutally throwing their at him which killed the man on spot. Public people who are witnessing the incident goes away pretending like they haven’t seen anything. 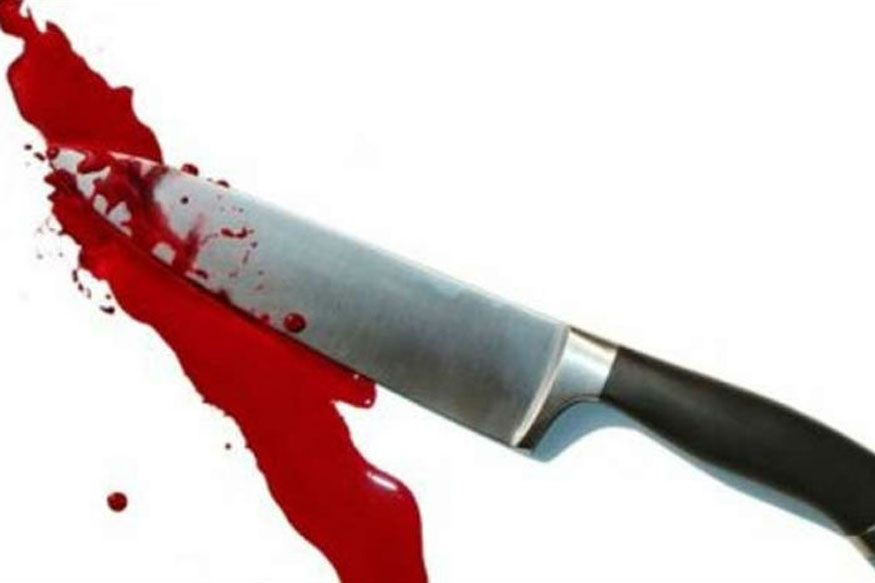 In another incident a history sheeter from Dhobikhana, Hutment, Otteri who was released in bail 15 days ago. Kumaran who has cases like robbery and theft was hacked to death in Pulianthope by few men who carried knives and wooden logs.

While he was walking on K.M.Garden Second Street, a few persons chased him and attacked him using wooden logs and knives. He died on the spot. A police investigation revealed that he was targeted by adversaries. Pulianthope police have nabbed six persons. A 70-year-old man was found murdered at his residence in Mogappair on Sunday. Police suspect that he was killed by his family members due to a property dispute.

According to police, the deceased, Jesurajanwas running an industrial unit nearby. He had two daughters and a son. Estranged from his wife, he was living on the first floor of his house while his wife was staying with her daughter and son-in-law on the ground floor. His son was staying in a separate house on the same street.

Police said that his wife suspected that Jesurajan would transfer his property to his son. She frequently quarrelled with her husband over property. On Sunday night, she, accompanied by her cousin Gopal, met Jesurajan and demanded he transfer the property in her name. When he refused, he was stabbed, police said. Police quizzed her, the daughter and son-in-law and have launched a manhunt to nab Gopal who is absconding.

Meanwhile, Avadi police arrested a youth who allegedly attacked and killed his uncle due to a domestic dispute. Police said that Arumugam, 45, an auto driver from Mandavamettur near Avadi had a dispute with his brother’s family over sharing electricity supply. His nephew Devaraj, 25, attacked him using a wooden log. Arumugam was rushed to a hospital where the doctors declared him brought dead.