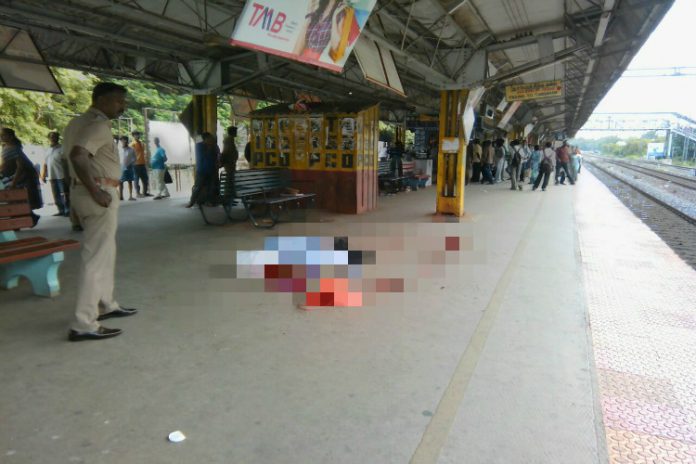 A female Infosys employee was brutally hacked to death at the Nungambakkam railway station in Chennai on Friday morning at around 6 am when she was waiting to board the suburban train for work in Mahindra Tech City.
The victim was identified by police sources as 24-year-old Swathi, a resident of South Gangai Street, Choolaimedu.
Just minutes before the murder, she was dropped at the station by her father Sreenivasan, a retired central government employee. According to local sources, Swathi was waiting at the platform when a young man, wearing black pants, approached her and began hacking her with a knife. According to police sources, the youth first had a verbal duel with the woman and later pulled out the machete from a travel bag he was carrying and hacked her. A cab driver said to have fought with her last week, police are investigating that angle too.
Swathi was left with several cut injuries on her face and neck which left her bleeding to death in the railway platform. From the preliminary clues, police suspect the assailant to be someone close to Swathi and that he could either be a colleague or former colleague. Police are presently speaking to her relatives and friends.
Swathi’s body has been moved to the Madras Medical College. Many relatives have rushed to the hospital on hearing the news. The post-mortem is likely to be conducted today and her body given over to her family by the evening.
Souce-TheNewsMinute