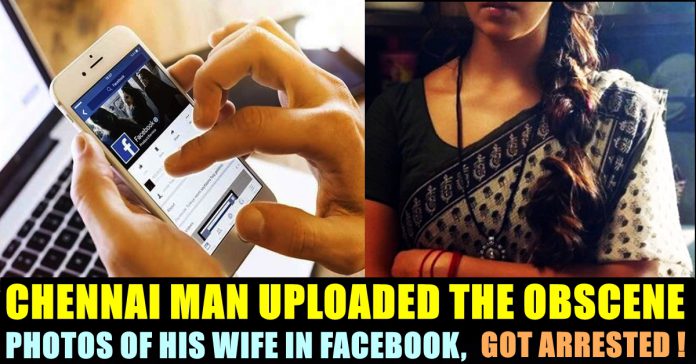 Dowry is a payment made in cash or kind to a bride’s in-laws at the time of her marriage. The amount depends on a large number of factors, including region, religion, caste and subcaste, groom’s education, bride’s skin tone, and the negotiation skills of both the families involved. Even though dowry has been illegal in India since 1961, it is still prevalent. Actual numbers are not known, but anecdotally about half of the weddings in our family and friend’s circles involve dowry.

Still, it’s rarely reported as a crime. Dowry gets reported only when the groom’s demands go beyond what the bride’s family can afford or when the bride is physically abused or, worse, killed, as cases that gained media attention show. Such a crime had took place in Chennai as a 29 year old man forced his wife to pay him Rs.10 lakhs as dowry and he went beyond limit when she failed to give him the money.

The accused named as R.Vijayabharathi is working as a public relations officer with a private insurance firm, according to police. He lives in Tiruvottiyur, Chennai. The woman who belongs to Ayanavaram, married to a man few years ago and got divorced with him due to difference of opinions. After divorce, the 28 year old woman was living alone.

While being alone, She fell in love with Vijayabharathi in the year 2015. After being in the relationship for 4 long years, the couple got married during January of this year. They were leading a happy life till Vijayabharathi decided to show his true face to the woman. He allegedly started harassing the woman demanding Rs.10 Lakh as dowry.

As she denied to meet such demand, Vijaya bharathi threatened to upload her private pictures in Facebook. Shocked over his behaviour, the victim immediately left him and started living with her mother in Villivakkam.

However, Vijaya bharathi started blackmailing her through phone calls and kept asking her to give Rs.10 lakh. He repeatedly threatened to upload her private pictures in Facebook if she fails to give him the money. At one point, She who couldn’t stand his harassment lodged a complaint against Vijayabharathi in all women police station at Villivakkam. The accused didn’t appear for inquiry, according to reports.

Enraged with her activities, Vijaya bharathi uploaded the private pictures of his wife in Facebook. Knowing about it, the shocked wife approached Police again on Wednesday. Police arrested the accused and remanded him in judicial custody after investigation. Police confirmed the crimes committed by Vijayabharathi such as uploading his wife’s private pictures in Facebook and blackmailing her to give dowry. The incident of man uploading his own wife’s obscene pictures in Facebook due to dowry issues has created huge outrage across the city.