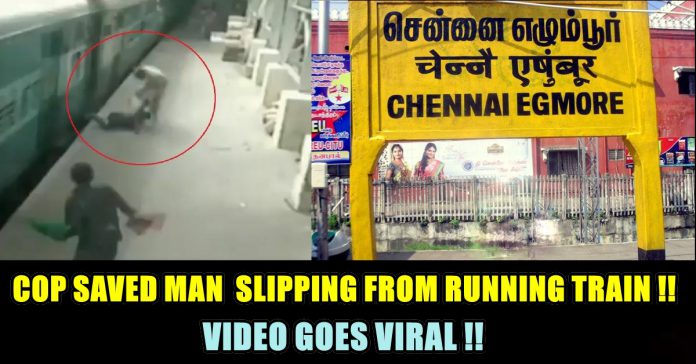 A video has surfaced on social media that shows a brave and vigilant Railway Protection Force (RPF) personnel saving a passenger from being crushed under a train at the Egmore Station in Chennai.

The passenger had a miraculous escape when the RPF personnel saved him from falling between the moving train and the platform. 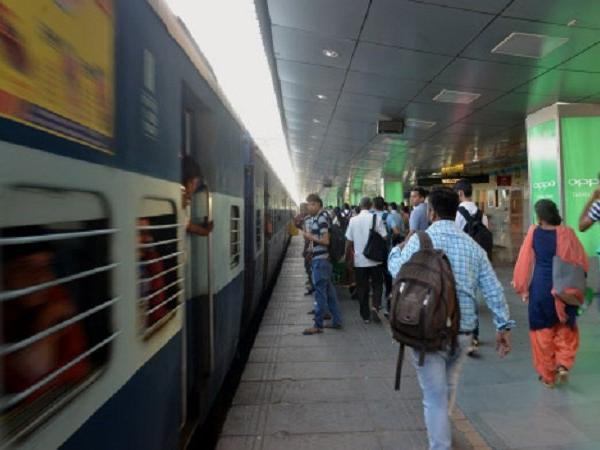 A man, over 40 years of age, was rescued from falling from a train by a Railway Protection Force constable in Chennai on Monday. In a CCTV visual from the Chennai Egmore station, it can be seen how the police officer acted swiftly and pulled a passenger to safety, preventing him from falling between a moving train and the platform.

The incident happened when the man was trying to board the passenger section of the Shraddha Sethu Express from Rameswaram to Faizabad that arrived at Chennai Egmore at 12.30 pm.

#WATCH: Railway Protection Force (RPF) personnel saved a passenger’s life by rescuing him from falling, while he was boarding a train at Egmore Railway Station’s platform. The passenger didn’t suffer any injury. #TamilNadu (12.11.18) pic.twitter.com/OdNDYMdu2y

As the train began gathering speed, the passenger tried to board the general compartment. He managed to catch hold of the handle and was climbing on when he slipped. He could have fallen between the train and platform 5, but RPF constable Suman, who was on the platform, rushed there and dragged him to safety. 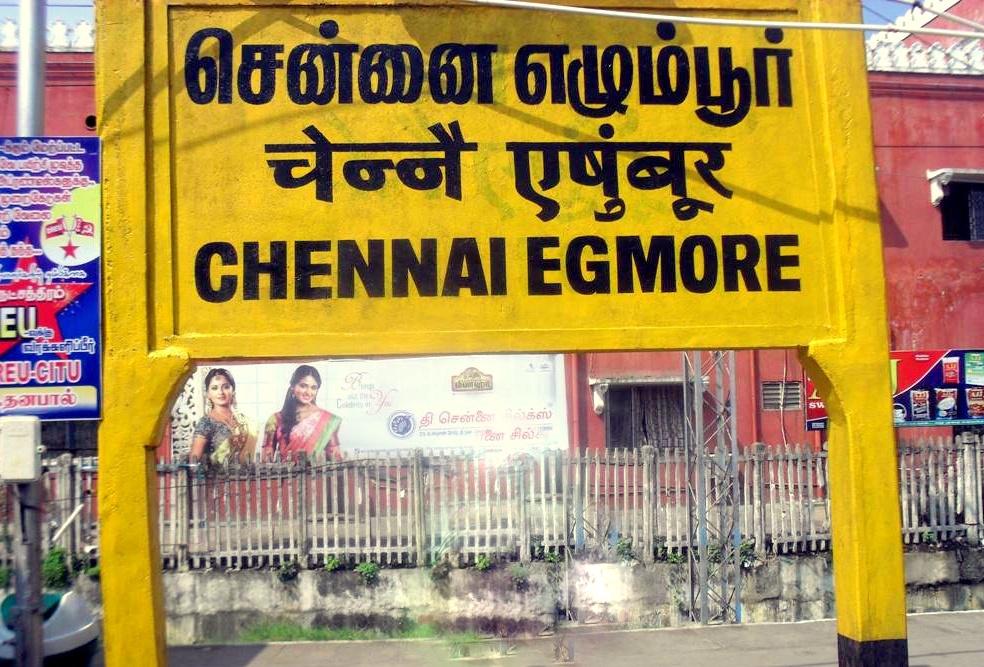 The CCTV footage also showed a railway employee waving the flag furiously in an effort to the get the loco pilot to bring the express to a halt. It then showed the RPF constable pulling him away from the moving train.