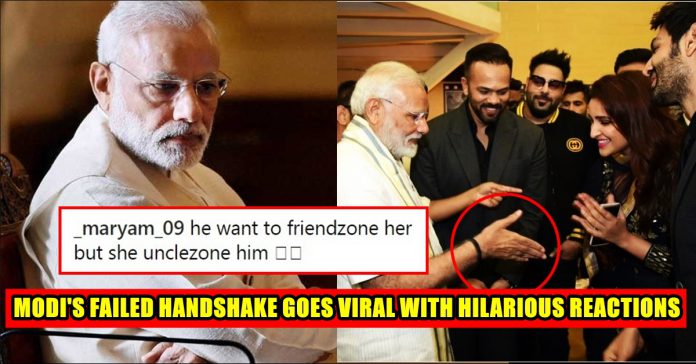 A new meme content has been surfaced on Internet it seems. A recent picture of Parineeti Chopra and PM Narendra Modi is going viral where we can see Modi extending his hand towards Parineeti for a handshake whereas the Namaste England actress is seen greeting the PM by joining hands (Namaste). 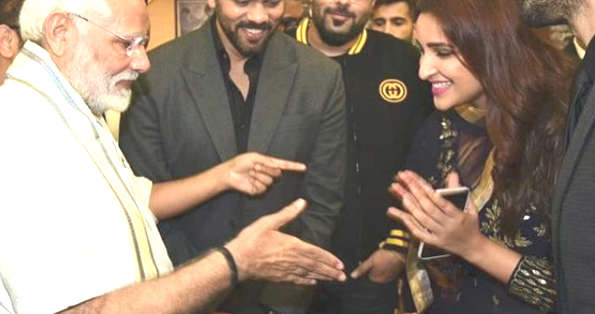 If you take a look at the picture, Narendra Modi is seen extending his hand towards Parineeti for a handshake where as the latter is seen greeting the PM with folded hands with a wide smile on her face. In the photo, Rohit Shetty, rapper Badshah, Kartik Aaryan and others can be seen standing beside them.

Parineeti posted this picture on her Instagram and captioned, ‘An honour yesterday � @narendramodi’. Little did Parineeti know that the picture will trend for a different reason and will even manage to tickle the funny bones of netizens. 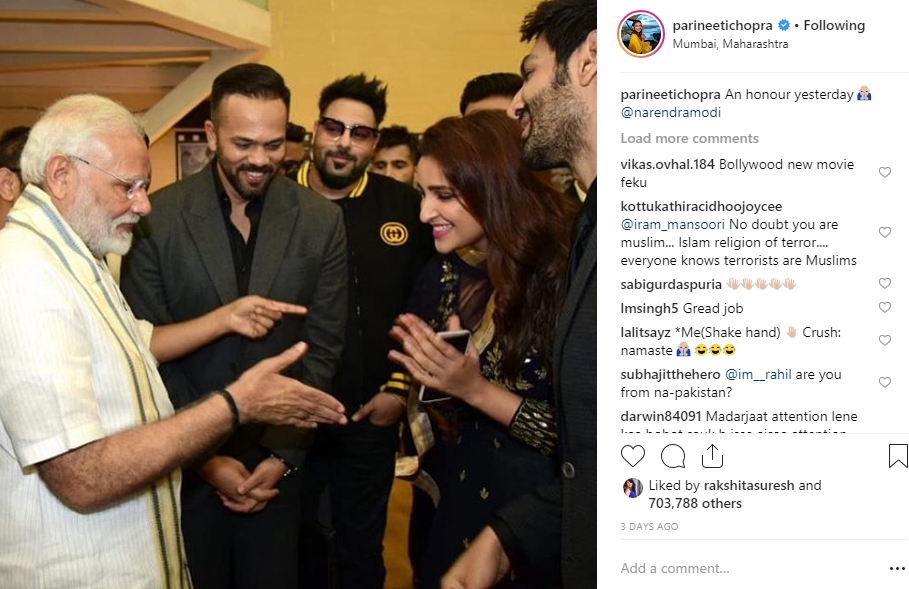 This particular situation tempted online users to flood Parineeti’s Instagram post. Many even started tagging their meme maker friends to make a good use of the picture and share on social media platforms.

A sea of online users came up with hilarious responses like ‘Parineeti friendzoned Modi’, ‘Modi wanted to friendzone Parineeti but she unclezoned him’ and there was literally no stopping these waves of laughter.

During the inauguration ceremony, Modi said that the medium of films is a “silent power” that can quietly influence the peoples thought process and contribute to bringing out major social changes and boost development in the country. He inaugurated the event asking the audience “Uri” style, “How’s the josh.” The PM assured the government’s full support to strengthen the film industry, set up a university for films and entertainment, tweaking laws to tackle the challenges encountered by filmmakers including piracy, and the future of digital and social media vis-a-vis films.

Do you also think that PM Modi needs publicity and he is attending such programs so that he is seen more? What do you think about this photo shared by Parineeti? Do let us know your views.