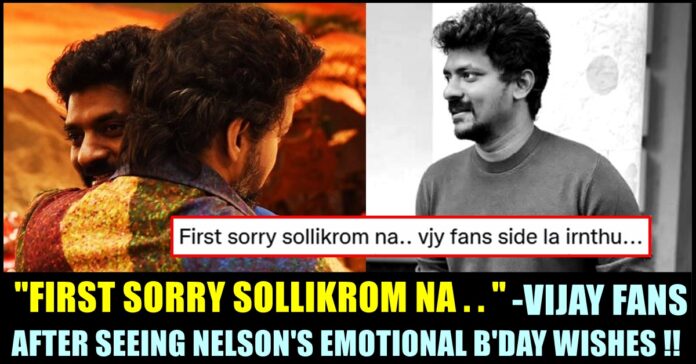 Actor Vijay Celebrating his 48th birthday today and the celebrities from entire Tamil film industry flooding the timeline of social media platforms with their wishes. Right from Sivakarthikeyan to many prominent stars of South Indian film industry has been wishing the actor on the special day. 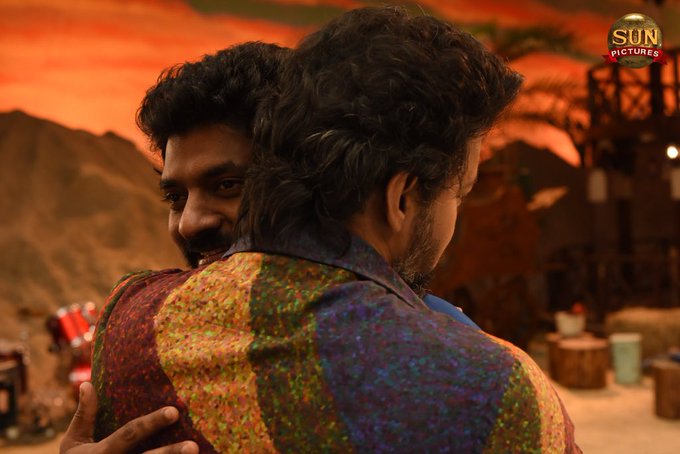 The production house which is currently producing the upcoming film of the actor, has been celebrating the birthday of the actor by releasing first look, second look and third look of “Varisu”. Meanwhile, the birthday wishes of director Nelson Dilipkuamr who directed Vijay’s last film “Beast” has garnered special attention from the fans of the actor as they were spewing hatred at him all these days due to the failure “Beast” faced as an engaging content.

Nelson, in his tweet said that the humbleness, confidence, charisma and consistency continues to amaze him and thanked the actor with huge fanbase for being a fried, well wisher and a brother. The twee filled with love and affection garnered wide reach in no time with reactions from fans surfacing in large amount. 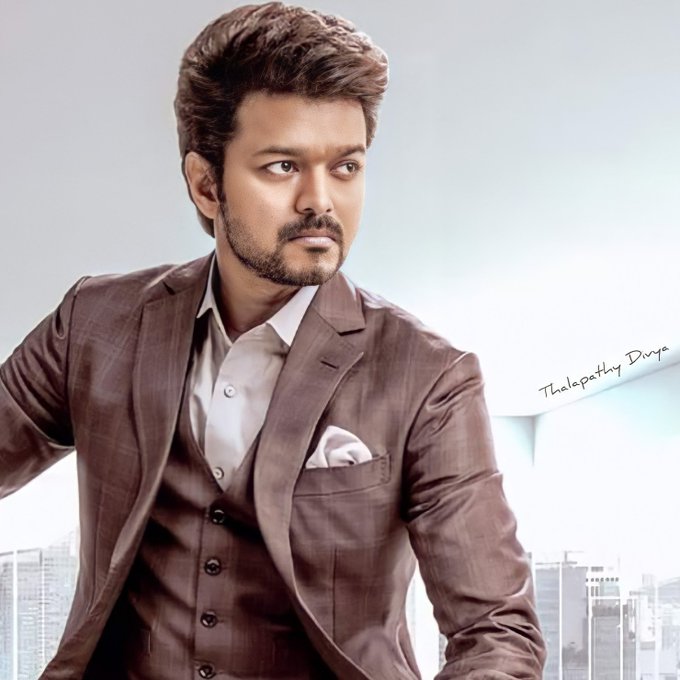 “Happiest birthday dearest Thalapathy @actorvijay sir❤️ your humbleness, confidence ,consistency,charisma continues to amaze me .. Thanksss for being a friend , a brother and a well wisher for life ❤️🤗 always cool as a cucumbaaa 😎 love you sir #HBDThalapathyVijay” read the tweet of Nelson.

Happiest birthday dearest Thalapathy @actorvijay sir❤️ your humbleness, confidence ,consistency,charisma continues to amaze me .. Thanksss for being a friend , a brother and a well wisher for life ❤️🤗 always cool as a cucumbaaa 😎 love you sir ❤️ #HBDThalapathyVijay

On seeing the emotional tweet from the filmmaker, online fans of actor Vijay who were making fun of the filmmaker and spewing hatred at him for delivering “Beast” with weak screenplay, started reacting in a different. However, few fans who couldn’t come in terms with “Beast”, were still mentioning about it in the comment section of the filmmaker’s tweet.

Thalaiva. Nee romba adi pattita. No 1 Is doing wrong by planning. It happens. Please make a script for thalapathy @actorvijay . Show ur mass with him in next chance. I hv fullest confidence on u

Fans of actor Vijay who are pretty much upset with the filmmaker over his recent venture “Beast” and the statements made by the filmmaker during the pre release, has been trolling and criticizing the filmmaker. Interviews of the filmmaker that were released during “Beast” times are being dragged every two days once to question him by tagging his official id in the micro blogging social media site. Now, after seeing his birthday wishes to their idol, fans seemingly got pacified and are expected to stop the mindless trolls.

Previous articleSinger Chinmayi Gave Birth To Twins !! Responded To Rumours & Speculations !!
Next articleActor Vijay’s Own Fans Got Upset Over This Major Blunder In “Varisu” First Look !!

After Rajinikanth announced that he is not going to launch his political party, ardent fans of the actor felt dejected and has been expressing...