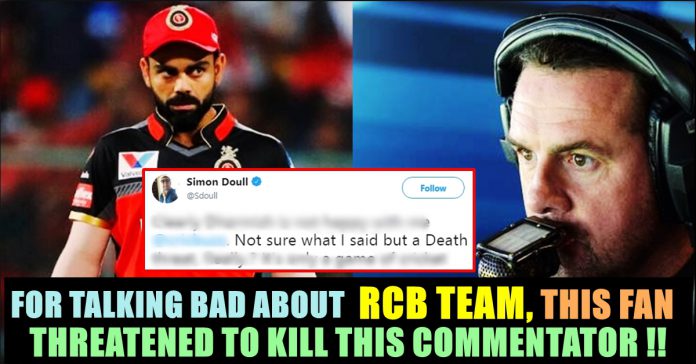 The Royal Challengers Bangalore (RCB) is the only team in the ongoing Indian Premier League (IPL) season to have not won a game so far. They have lost all the four matches until now and naturally, their fans are disappointed a lot. However, one of the frustrated fans, after RCB’s loss against the Rajasthan Royals pinged the former New Zealand cricketer and now the commentator Simon Doull to warn him for speaking against his favourite team. 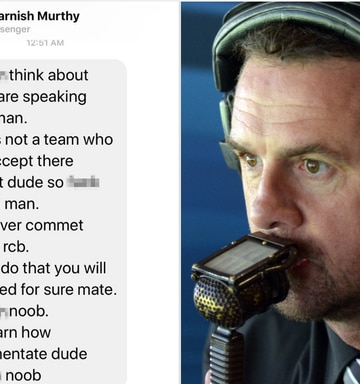 Doull, who is commentating at the Indian Premier League, posted a screenshot of the message from one Dharnish Murthy, warning the 49-year-old former seamer that he “will be killed for sure” if he doesn’t refrain from commenting on the struggling IPL team the Royal Challengers Bangalore.

This comes as shocking news for everyone as the Doull is one of the reputed commentators across the world and is known to keep the fans hooked with his job. Even this year, he is doing a great job and seems to be enjoying the season. He was one of the commentators on the panel and it is not clear what kind of an offending statement made with regards to the RCB team. 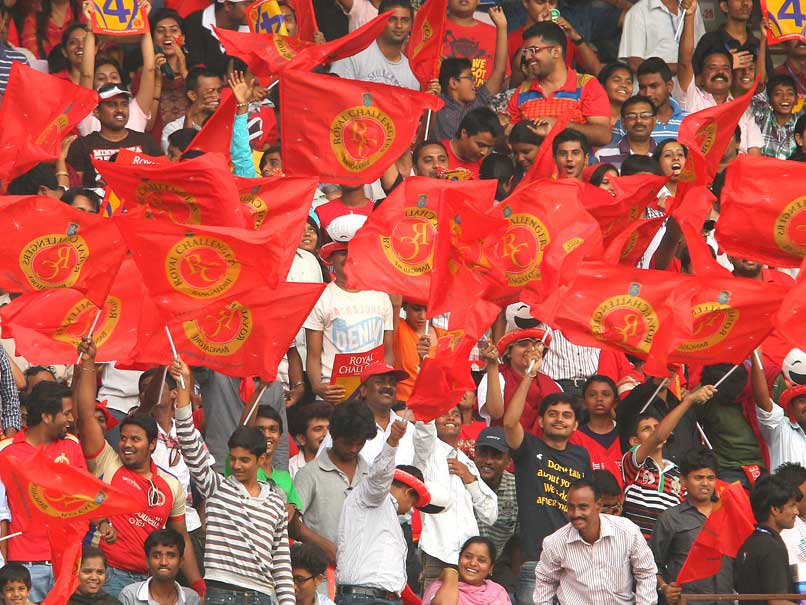 ” ***** think about what are speaking next man. RCB is not a team who will accept there defeat dude so **** yoself man. Don’t ever comment about RCB. If you do that you will be killed for sure mate,” the message read.

The former Black Caps cricketer though was unfazed about it and suggested the fan to chill as it is only a T20 game. “Clearly Dharmish is not happy with me @cricbuzz. Not sure what I said but a Death threat, Really.? It’s only a game of cricket Mate. Chill out.. @ipl,” Doull wrote in his tweet.

Clearly Dharmish is not happy with me @cricbuzz. Not sure what I said but a Death threat, Really.? It’s only a game of cricket Mate. Chill out.. @ipl pic.twitter.com/6XHkPCw1le

His colleague and former Chennai Super Kings batsman Scott Styris came up with a hilarious reply to this tweet of Simon Doull. Check out his reply here :

He is right though 😂😂 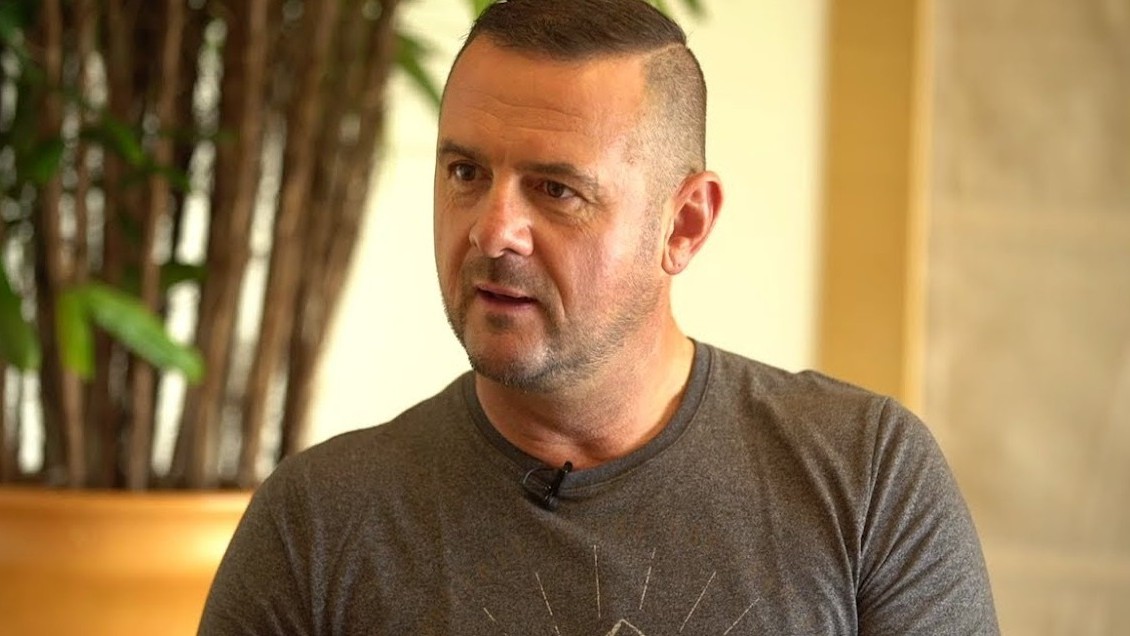 Well, IPL 2019 has also been quite difficult for RCB as the team has lost their first four matches and is at the bottom of points tally. There are many memes doing rounds on the Internet and social media sites expressing how tough it can be for a person to be a fan of RCB.

Check out some of the reactions for this tweet of Simon Doull :

Please ignore such msgs Simon. You’re a top bloke and it’s been a pleasure watching you do your thing for many years now. Most of us absolutely love your work. Keep it up 🤗

Could be serious Doully, he’s already killed the English language.

You will find many such people here, just ignore and keep us entertained with your brilliant commentary.

He can’t even kill a fly so relax