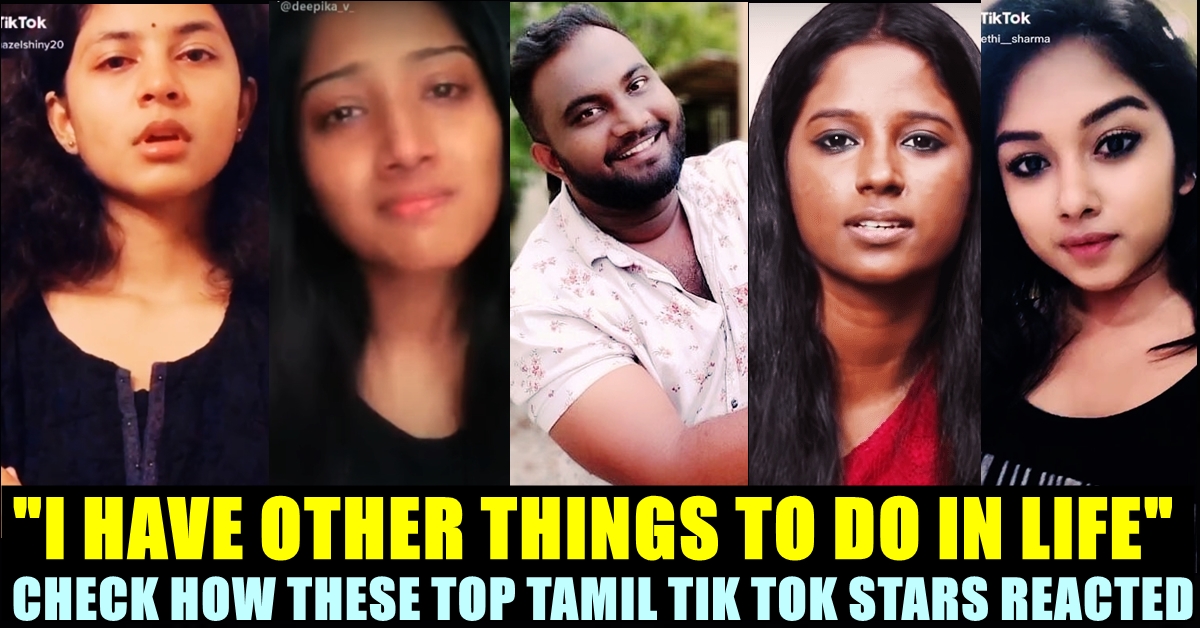 Losing a million number of followers whom you earned by working on innovative videos for years, is not a pleasant experience to go through. In fact, it will cause depression, as one have to stop doing something which he/she have been doing for all these years in daily basis. As soon as the Indian government announced that they are going to ban Tik Tok app along with 58 other China based mobile applications to secure the privacy of Indian citizens, social media divided into two. Some criticized the government by saying that it is not an appropriate way to get our revenge for the loss of our 20 soldiers at the border and few stated that this decision from Indian government is not going to affect china’s economics at all. However, the other set of people backed the Modi government’s decision and said that it is just a start for a country like India to be “self-reliant”.

Among the 59 mobile applications which got banned, Tik Tok is the prominent one which grabbed place even in Twitter trending as it had 12 crore active users from India. In its emotional “Goodbye” note, Nikhil Gandhi, Head of Tik Tok in India, said that millions of artists, educators, story tellers and performers depended on Tik Tok for their livelihood. Tamil nadu is no exception as many youngsters from the state trended in Tik Tok with their performance in the micro video lip syncing social media app. Some of them gained millions of followers as well.

Now, as the app got banned, the former stars who had majority number followers, has reacted in various ways. Some of them tried to redirect their followers to their Instagram account whereas others firmly believed that the App is going to be active for those who are already using it. Few got frustrated with the trolls and bullyings that are taking place against the Tik Tok community since the announcement and posted their opinions regarding that. The tik tok app became inaccessible to each and everyone since the evening of Tuesday.

Check out the reactions of some of the familiar Tamil Tik Tokers regarding the ban :

We all will be stay connected Always ♥️

Let TikTok be there Or Not, I’l Continue to Entertain My Fam! ❤️🔥 #tiktoktamil #nani #eega #proposal #tiktokban #trending

There are discussions doing rounds on deciding what would be an appropriate Indian alternative for the Tik tok app. Chingari, a bangalore based app and Roposo India are the main names that we hear often while talking about the alternatives of Tik Tok. However, the Tik Tok users of our country would take some time to swallow the reality that Tik Tok doesn’t exist anymore before moving on to the next app.