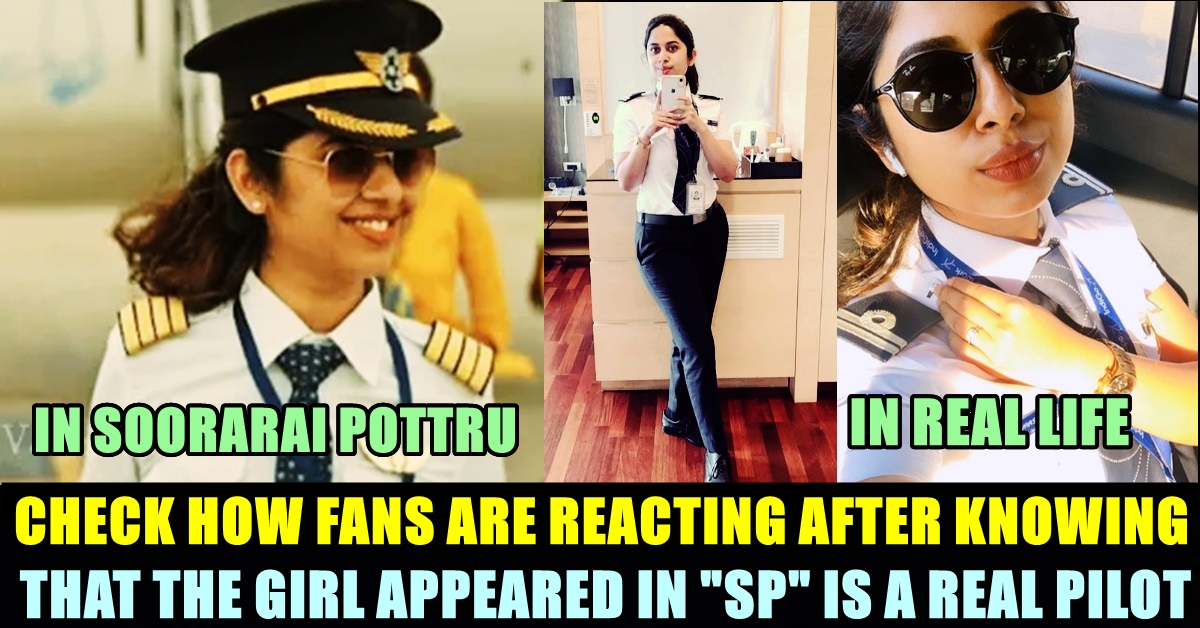 Tamil cinema fans who watched the recently released “Soorarai Pottru” can’t keep calm on knowing that the girl who appeared in the film towards the end is a real pilot. They have been showering love on her in social media and it only increased after she revealed that she is an ardent fan of actor Vijay in an interaction with a youtube channel.

Among all the characters that appeared in the film, a smart looking confident woman who is shown as flying an aircraft in the movie’s climax scene, grabbed the attention of the audience. The film ends with Urvashi, mother of the protagonist, asking him whether it was that girl who flew the aircraft. She could be seen coming out of the plane when the end credits of the film were exhibited.

Many fans, after seeing the scene wondered who could be the girl. They who started doing their research to know more about her, came to know that the girl named as “Varsha Nair” is a pilot in real life. Being a Malayali, Varsha settled in Chennai and her husband Lokesh is also a pilot. It is reported that Varsha accepted to do the role after Sudha Kongara made a special invitation to her to play the part. It is also reported that she is the First officer (Pilot) at IndiGo Airlines.

Now, in a recent interaction with a youtube channel, Varsha made it public that she is an ardent fan of actor Vijay which made the fans of actor to celebrate her.

The girl who acted as the pilot in #SooraraiPottru climax is actually a pilot in real life. Her name is #VarshaNair She is a First Officer (Pilot) at IndiGo Airlines. pic.twitter.com/xJBvAklr54

Directed by Sudha Kongara who stunned audience with her “Irudhi Chuttru”, the film “Soorarai Pottru” is bankrolled by Suriya himself under his own banner 2D entertainments. Due to the corona outbreak, Suriya decided to release the movie directly on Amazon Prime. The film which is inspired from the life history of Air Deccan founder G.R Gopinath, is touted to be a coming of age semi-biographical drama. It is notable that Gopinath is a retired Captain of the Indian Army, an author, and also a politician.