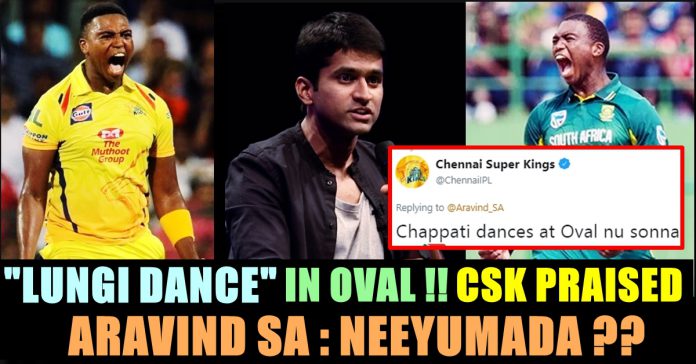 Popular stand up comedian Aravind SA, who rose to fame through trolling the “Lungi Dance” song line by line in one of his show is not happy with the recent tweet of Chennai Super Kings it seems. 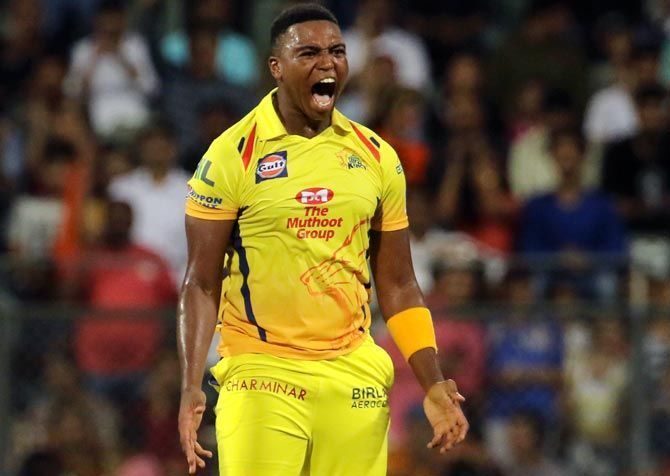 Aravind SA who saw the tweet immediately replied with a hilarious reaction. The man against Lungi dance took the reference of famous “Michael Madhana Kamarajan” movie and wrote “Varadhukutty! Neeyumada?” to CSK.

To this CSK replied by saying that it wouldn’t be apt if they said “Chapathi Dance” to Lungi Ngidi’s performance.

Here’s how Aravind replied to it :

Aravind broke down the lyrics of the Lungi dance and explained how unrelated it is to Tamil people or Rajinikanth or Tamil language. The show indeed received well by the audience as it received over 5 million views in Youtube as of now.

The film’s music composing duo, Vishal–Shekhar, were under the impression that they were the only musicians working on Chennai Express. Meanwhile, Honey Singh was asked by the film director to perform in the promotional song of “Lungi Dance”.

Recently, after a year, Aravind came up with a video of one of his show in which he wrote his own lyrics to take revenge of the Lungi dance. The song which is titled as Chapathi song is going viral among the Internet users. Watch the song here :

On seeing this song of Aravind, Internet users couldn’t keep calm as they share the links with hilarious captions and reactions. Now check out some of the reactions for Aravind’s tweet :

I think u shud do a Lungi dance song for us bro! Then ppl might use that in future 😉

Previous articleS.Ve Shekar Tried Troll Those Who Trended Naesamani Instead Of Modi !! Check Reactions !!
Next articleGayathri Raguramm & Kushboo Trolling Each Other Over Nesamani Trend !! Check Out !!

At this pandemic situation, we humans are ones who has to look after the other creatures. Just uttering the phrase "The World Is Not...

Troller Said “Priya Anand Is The Unluckiest Actress In The Industry” !! Check How She Shut Him Down !!