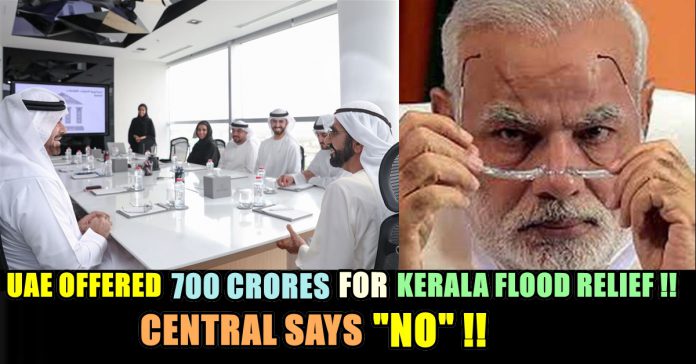 As Kerala is looking forward to getting back to normal life, assistance – both financial and technical – is crucial. Kerala Chief Minister Pinarayi Vijayan on Tuesday announced that the United Arab Emirates (UAE) has offered Rs. 700 crore to help rebuild the state devastated from the Kerala flood. However, the centre might not accept the offer.

“As of now the centre is not accepting financial help from any foreign country, so the same applies to the offer made by UAE,” a senior ministry level officer told NDTV. However, the final decision will be taken by the Ministry of External Affairs (MEA), he added.

The MEA also said that it hasn’t got any offer or proposal yet. 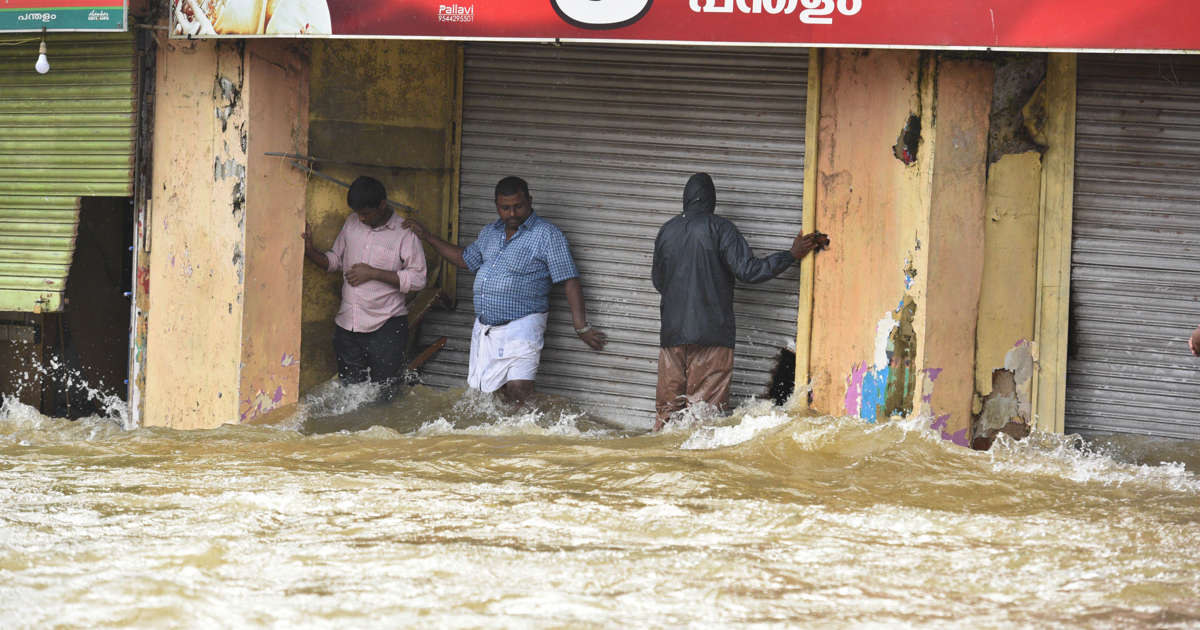 The Ministry of Home Affairs has also clarified that Indians staying abroad can send their donations to Kerala Chief Minister’s Relief Fund as that will be tax free.

CM Pinarayi Vijayan informed that the United Arab Emirates will provide Kerala an assistance of ₹700 Crore. Kerala has a special relationship with UAE, which is a home away from home for Malayalees. We express our gratitude to UAE for their support. #KeralaFloodRelief pic.twitter.com/yfwbt9iEkd

“If foreign aid is coming to non-profits or NGOs which are registered under the Foreign Contribution (regulation) Act (FCRA) then they will not be taxed. But if donations are received by NGOs which are not registered, then it is counted as the income of the NGO and that will be taxed,” a senior officer told NDTV.

When asked in an exclusive interview by NDTV whether the Rs. 700 crore offered by the UAE would be taxed by the centre since it would be a direct cash transfer, Kerala Finance Minister Thomas Issac said “There is no provision to tax that.”

Over 200 people have died since August 8 and almost a million were forced to leave their homes. The initial assessment of losses is pegged at over Rs. 20,000 crore. Amid demands for Kerala floods to be declared as “national calamity”, the MHA clarified that there is no provision to declare any calamity as national calamity under the Disaster Management Act.

“The centre is already treating it as a natural calamity of severe nature. An inter-ministerial team has been sent to assess the damage,” said another officer, who deals with disaster management.

The team visited Kerala between August 7 and 12. As the rain became more intense after August 14, the state would send an additional memorandum to the centre after the team visits the state again to assess further damages, he said.

“This is immediate assistance and more money will be released after fresh assessments,” he said.

Kerala will ask the centre to raise ceiling on borrowing for the state to 4.5 per cent of the GDP, which is at 3 per cent now. This will help raise an additional Rs. 10,500 crore from the market, Mr Vijayan said. It will also “request NABARD for a special scheme to implement long-term projects for infrastructure development in agriculture, irrigation and associated areas and social sectors”, he tweeted.