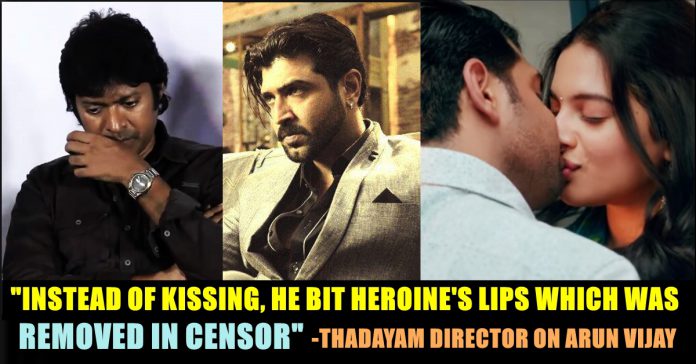 Talking about his upcoming film Thadam, actor Arun Vijay said: “When Magizh Thirumeni narrated me the script, he told me that this will be a milestone film in my career. I play a dual role but look wise, the two characters will not have much difference. The script has so much detail”. Magizh Thirumeni said that the film will be a milestone in Arun Vijay’s career because it has the potential to explore the nuances and talent of the actor and also he will get more girl fans after the film.

“I was very much keen about not to do a lip lock scene in the film where Magizh Tirumeni insisted me to do it by trying to make me realize that I am an actor.” said Arun Vijay in an event where the Director himself intervened and revealed the incident that took place during censor. 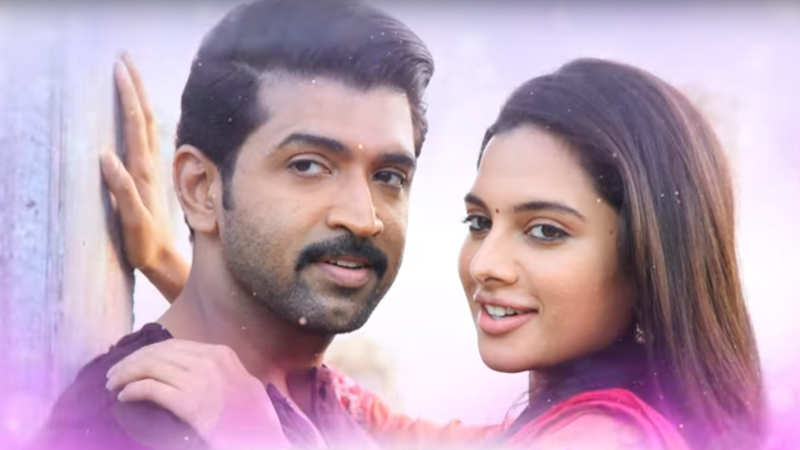 “Censor actually doubted Arun Vijay for biting heroine’s lips instead of kissing. I denied it by saying that it did not happened as I was there in the spot. But Arun Vijay is the person who knows either he bit or not. But as a result of it, we happen to lose the scene in the film” said Magizh Tirumeni in a lighter tone.

The film marks the second film for the duo after Thadaiyara Thaakka (2012). Produced by Inder Kumar, the film was launched in April 2017 at Chennai. Arun Vijay was reported to be playing a double role, while the film would be based on a real life story. The film has three heroines, Tanya Hope, Vidya Pradeep and Smruthi Venkat. A new music composer, Arun Raj, was also selected for the project after being introduced to the team by an associate director, Siva. Gopinath and Shrikanth were signed on to be the film’s cinematographer and editor. FEFSI Vijayan and Meera Krishnan were also cast in the film before the film entered production in June 2017. 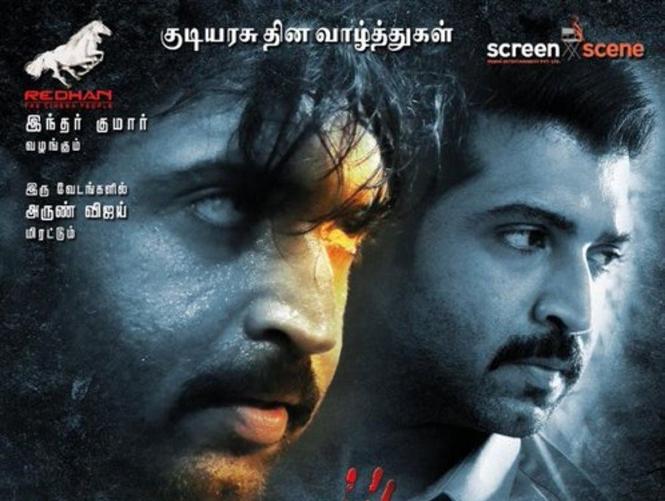 The trailer of Thadayam was released on August 26 and has views more than 8 lakhs. It began with a budding romance between characters played by Arun Vijay and Tanya Hope and soon turns into a nightmare. Surprisingly, the trailer does not pack too much action, as it tries to draw our attention to the suspense in the story, which leaves us pretty intrigued.

Thadam is based on a real-life incident and director Magizh makes an effort to examine what pushes one to commit a crime.

Arun Vijay was last seen in Mani Ratnam’s Chekka Chivantha Vaanam along with STR, Vijay Sethupathi and Arvind Swamy. The film was acclaimed by the audience and by the critics as well, especially Arun Vijay’s role of Thyagu.

“Will You Host BIGG BOSS Tamil Season 3 ??” Asked Host To Sivakarthikeyan !! Check What He Replied !!

The charming Sivakarthikeyan is beyond any doubt, one of the most talented actors in Kollywood today. In just a few years, the self-made star...