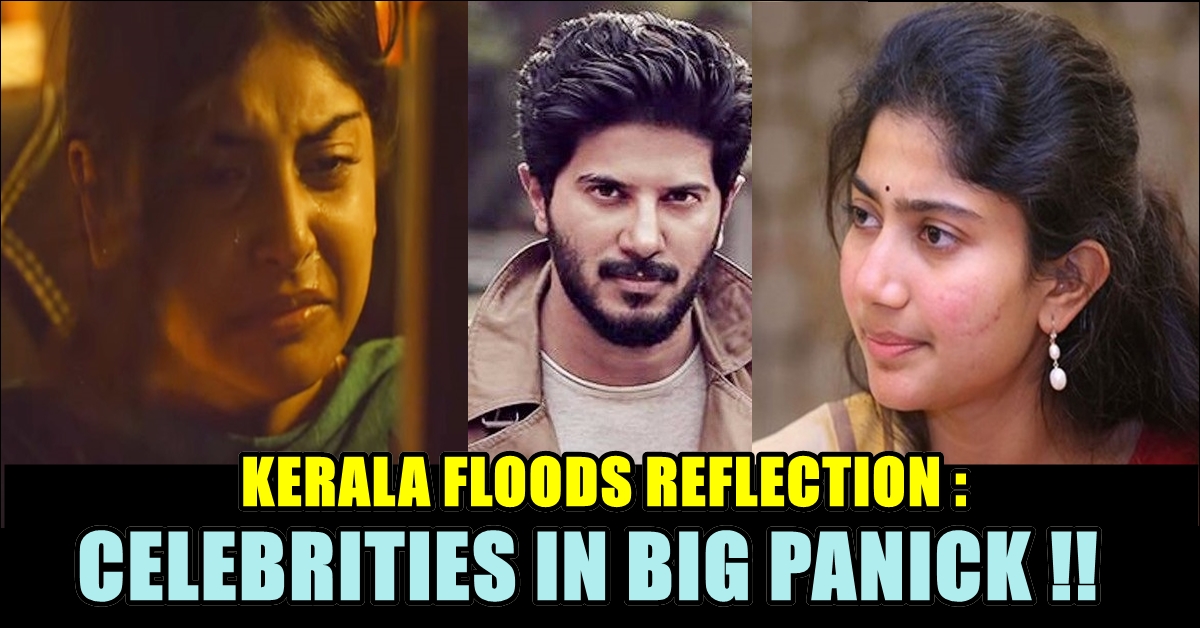 As public transport system stands stranded and the death toll breaches the 70 marks, the situation in Kerala after an incessant downpour on Wednesday, forced authorities to issue a red alert across the southern state.

While a red alert was sounded in 11 of the 14 Kerala districts, including Idukki, Kozhikode, Wayanad, Malappuram, Pathanamthitta, Kannur and Ernakulam, by Wednesday afternoon, it was extended across the state by the evening hours.

Cochin airport has been shut till Saturday after water flooded the complex. Southern Railways and Kochi Metro today suspending their operations due to floods.

In a first, the sluices of 33 dams across Kerala have been opened, following incessant rain since late Tuesday. More rain has been forecast till Saturday.

The public transport system collapsed in many parts of central Kerala with the Southern Railways and Kochi Metro today suspending their operations due to floods.”Due to rise in water level at Bridge No 176 on Downline between Angamali and Aluva, The services on this bridge is suspended,” a Southern railway spokesman said in a statement early today. The Kochi Metro Rail Limited (KMRL) also suspended its operations this morning after its yard in Muttom near Aluva submerged in the flood waters.

“Kochi Metro train operation is suspended as the water level rises in Muttom yard area,” a KMRL statement said.
The service will be resumed once the water comes down and the systems are back in good condition, its spokesperson said. Bus services to Kochi were also affected after National Highways connecting the city submerged in Kalamassery area, officials said. Here’s how you can help those affected by the unprecedented floods in Kerala. Now you can make donations online to Chief Minister’s Distress Relief Fund through the site, https://t.co/OFHTHlZ9by #KeralaFloods #StandWithKerala. pic.twitter.com/XNlBKqdCUT

Here are the helpline numbers for Zilla emergency centre

Heartbreaking to see our families in Kerala go through so much distress.
Let us extend our fullest support and Pray for the safety and well being of all affected by the floods #KeralaFloods

The situation in #Kerala is said to be serious under the onslaught of the flood and rain. The national spotlight must be focused more on it. Relief and support is needed immediately. Make the sufficient noise. Please. #Media #KeralaFloods

My prayers & thoughts to our brothers and sisters from #Kerala who are going through a tough time during this #KeralaFloods.

Kerala is sinking under floods & situation is bad.Need of the hour is to contribute for reconstruction & rebuilding of Kerala.I have done my small bit by contributing a sum,i request everyone to help Kerala get back on its feet & it’s our duty to help our neighbour #PrayForKerala pic.twitter.com/LXu4LpGSjc

It’s very painful to see what kerala is going through right now. And it’s even more worse when you are away from your family who is stuck there. Pls stay safe and #PrayForKerala #godsowncountry 🙏🏻

Pls avoid travelling in these routes.

The followingare the submerged roads under ROADS DIVISION ERNAKULAM

Sincere Prayers … for all out there to be safe 🙏🏻🙏🏻🙏🏻 #KeralaFloods

Jayalalitha’s Life Story To Be Made As A Movie !! This Leading Director To Make !!
Irfan Pathan Uploaded A Picture With His Wife’s Face Hidden !! Got Severely Criticized By His Followers !!