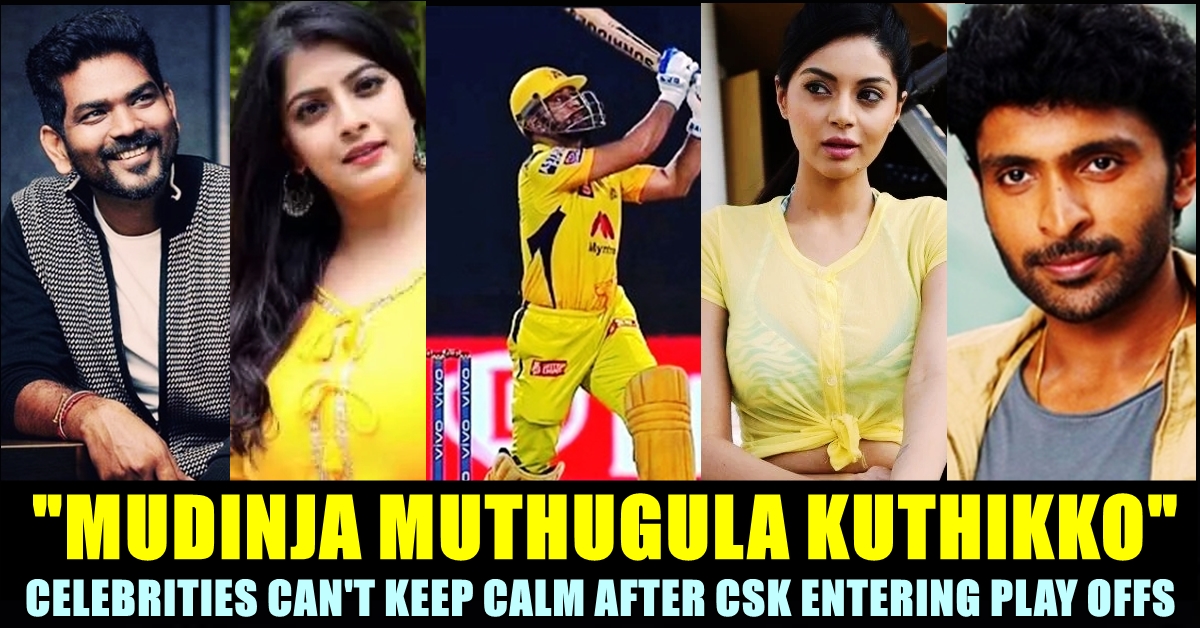 Fans of team Chennai Super Kings and Cinema/Sports celebrities who also look up to the Dhoni-led team has been celebrating ever since it became the first team to qualify for the play offs of Indian Premier League’s 14th edition. Remembering the post match statement made by Dhoni in the last season, fans have been comparing the team’s performance in both the seasons and terming it as “One of the best come back” in the history of IPL. When CSK got eliminated from play offs as the first team, Dhoni said that the team will come back and that’s what it is known for. Now, as the captain walked his talk, fans have been celebrating in an immense manner.

CSK comfortably won the match against Sunrisers Hyderabad with two balls to spare. The team restricted the Williamson led team within 134 runs and chased it down with the help of Faf and Rutu’s decent opening. CSK bowler Hazlewood named as the Man of the match for picking three wickets and conceding just 24 runs in his four overs.

“It means a lot, because the last time, we said we wanted to come back strong. We are known for that and there was a lot at stake. You won’t always win games and a lot didn’t go our way last time, and it’s important not to make excuses and we have done that this year. The boys did well to keep the momentum going, and they’ve taken responsibilities to keep all departments of the game in balance so the players and the support staff get the credit.” Dhoni said in the post match presentation and wanted fans to be humble as same as the team.

In a way of celebrating the victory, CSK player Imran Tahir, in his official twitter account, uploaded a Tamil dialogue from Rajinikanth’s “Kaala” movie whereas many other fans and celebrities uploaded posts to express their emotions. Check out their posts below :

Dhoni and a six to finish. The story isn't over yet…..

Sun in the east and CSK entering playoffs are the only constants in life. #CSKvSRH

Ravichandran Ashwin Shuts Down Media Portals In Style !!
CSK Fans Trolling Experts Who Believed That The Team Won’t Make It To The Playoffs !!