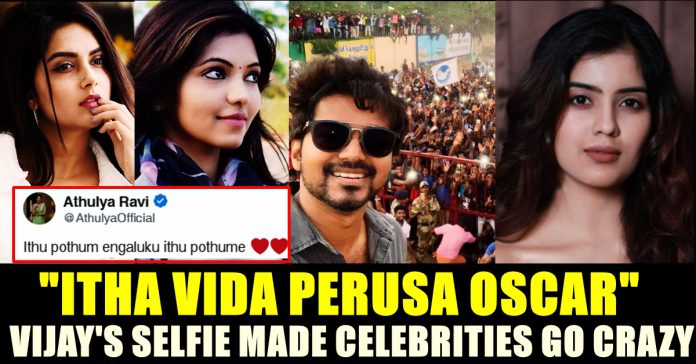 Selfie of the decade 🤳🏼 🌟 https://t.co/oEXLLXmXDm

Thalapathy ❤️❤️❤️❤️ This is one of the reason why I love you sooo much ❤️❤️❤️ Your such a sweetheart !! I really miss the days I worked with you 😫 @actorvijay https://t.co/QULLQd8in6

What do you think on these celebrities going crazy on one selfie of the actor ?? Comment your views !!

Previous articleVivek Reacted To The Trending Template Of Himself !!
Next articleMeet The Man From Tamilnadu Who Inspired The Entire World To Create Roads With Plastic !!