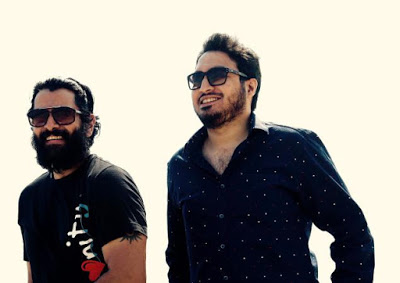 It’s been a month since the city dealt with the deluge. But the one thing that is still talked about is the way the people of Chennai joined hands to help each other. It was the citizens of the city who opened their homes and hearts for those in need; and together, they left behind the horror to rebuild lives and homes. It is to celebrate this spirit of the city that actor Vikram decided to release a song titled ‘Spirit of Chennai’.

The song, which released on January 2, was composed by C. Girinandh, and features the voices of over 28 singers, including Shankar Mahadevan, Hariharan and S.P. Balasubrahmanyam.

The team is now working on releasing a video to go with the song, featuring actors from all South film industries. “The song has currently been released with stock images of the floods. But shooting is on for the official video, which is expected to release later this month,” says Girinandh, adding, “Vikram sir has spoken to actors from Tamil, Telugu, Kannada and Malayalam film industries to feature in this video. It’s his bid to acknowledge the work done by the volunteers during the floods, and also celebrate the spirit of the city, which emerged united in the hour of crisis.”

Talking about his involvement in the project, Girinandh says, “I knew Vikram sir through my work with my band, Oxygen. When he came up with the concept for this song and video, he asked me to compose it. It was a very happy moment for me, as this is the first time he’s working with a newcomer like me.” Given that Girinandh had himself been actively involved in relief work, he translated his feelings into the song.

“It was composed in two hours. The song is a sincere effort to laud people’s efforts. Vikram sir himself called all the singers and got them on board.” The video is being directed by Vikram, and has a special mention of Imran, the volunteer who died while trying to help flood victims. “Shooting for the video began on Sunday. It is extremely heart-warming, since there is absolutely no production cost involved. Everyone has pledged their support for the cause,” says Girinandh, adding that following this he will also be working as the music director for Vikram’s next film Garuda, which is being directed by Thiru.