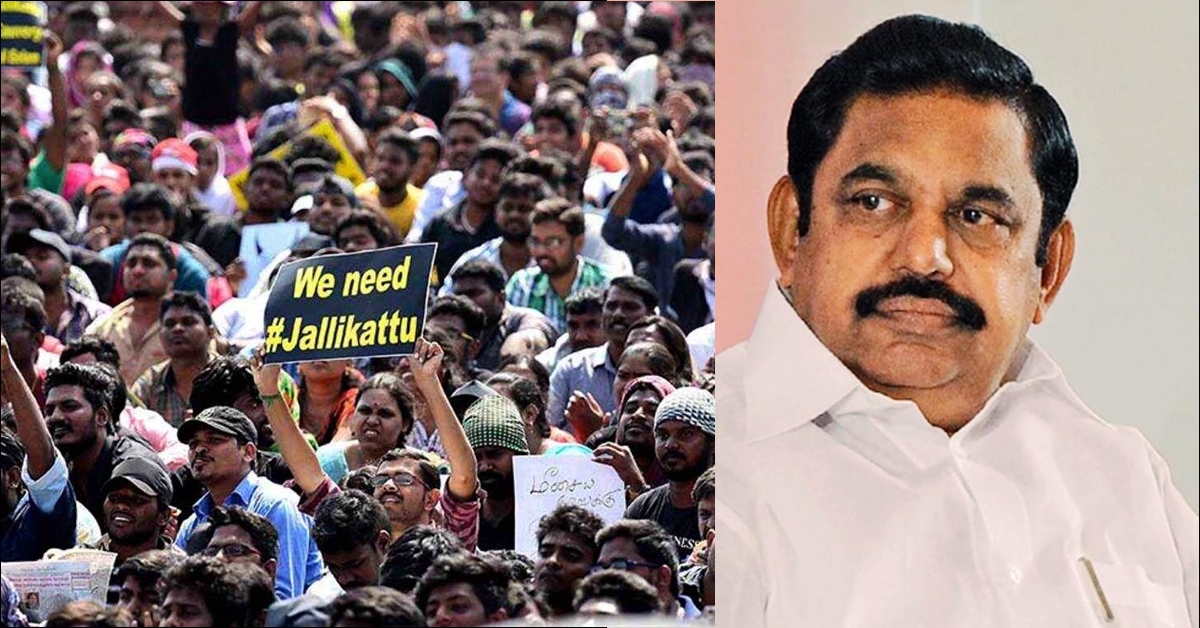 On Friday, Chief minister Edappadi K Pazhaniswamy announced that his government would withdraw the cases filed during Jallikattu agitations that took place in the various parts of state Tamil nadu during 2017. The Tamil nadu chief minister said that the cases except those filed over “undesirable incidents” such as assault on Policemen and arson would be withdrawn after consultations with the legal experts.

In the Assembly, Chief minister said that the agitations were staged to establish the rights of Tamil people over Jallikattu sport. “Many cases were filed in this regard, of which some were required to maintain law and order as some unwanted incidents happened during agitation.” he added.

Chief minister Edappadi who believed that people staged the protest to express their sentiments, said that general public who involved in the protest got affected and such cases are being withdrawn. Meanwhile, Chennai commissioner Mahesh Kumar Agarwal has updated that a list of recommendations on which cases could be cancelled will be sent to the government.

The Jallikattu protest that took place in the year 2017, gained nationwide attention as it posed itself as a leaderless youth driven movement. The State Assembly had adopted an amended to the Prevention of Cruelty to Animals Act, following the protest.

The AIADMK led Tamil nadu government has also announced waiver of Rs. 12, 110 crore farm loans that was received by 16.43 lakh farmers from cooperative banks. Chief minister Edappadi K Pazhaniswamy said that the scheme would come into immediate effect to reduce the burden on debt-ridden farmers who are currently affected by the COVID 19 pandemic, two cyclones such as Nivar and Burevi in the state since November and the monsoon.

This made the farmers of Tamil nadu extremely happy and hashtag “Edappadiyaar” trended in Twitter at the top during the evening of Friday.