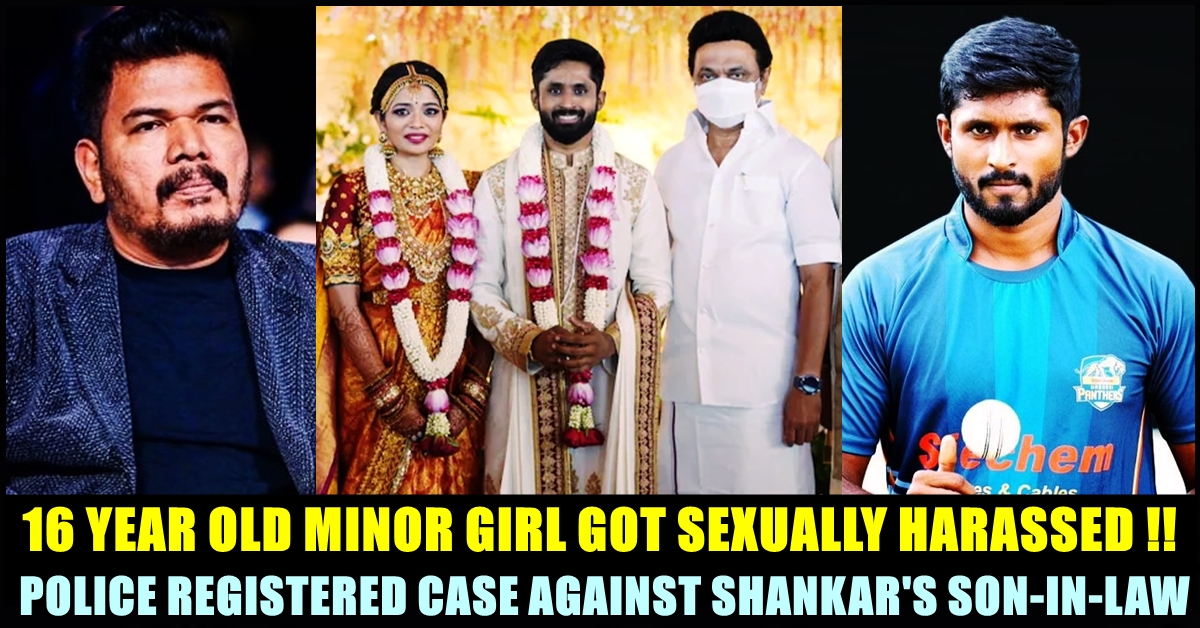 A number of shocking reports emerged alleging that Police have registered case against six members including Director Shankar’s son-in-law Rohit in a minor girl sexual harassment case. Rohit who is a cricketer by profession got married to Shankar’s elder daughter Aishwarya in June month with chief minister MK Stalin and many other influential personalities attending the marriage event to bless the couple. Now, the molestation case that was registered against Rohit and his father has created shocking waves among the people who belong to cinema industry and fans.

Director Shankar, one of the most inspiring filmmakers of Tamil cinema history, is known for his films which talks about the injustice that are taking place in the society. His films Gentleman, Anniyan, Muthalvan, Indian gained him a separate fan following. After directing Superstar Rajinikanth in Sivaji, Enthiran and 2.0, Shankar became one of the top movie directors of the country. He is currently working with Telugu Superstar Ram charan in an untitled project and announced about Anniyan remake with Ranveer Singh. He is also planning to complete the sequel of Indian with Ulaganayagan Kamal Haasan.

In June month, Shankar got his elder daughter Aishwarya married to a TNPL cricketer named Rohit Damodaran. Aishwarya is a doctor by profession and Rohit plays cricket at league level for Madurai Panthers in the Tamil nadu Premiere league. Rohit’s father Damodaran who is an industrialist owns the team. Rohit also captains Pudhucherry cricket team, according to reports. Now, a shocking report emerged against the Father-son duo along with four others.

It has been report that Thamarai Kannan, a cricket coach in the union territory sexually harassed a 10th class student who came to get cricket training. When the girl complained about the trauma she went through to the cricket club, the authorities tried to silence the girl and failed to take action against the harasser. The victim decided to make legal complaint about the same, says reports.

Based on the complaint made by the victim in the Mettupalayam police station, the officials have booked Thamarai Kannan and five others, including the cricket club president Damodaran, his son Rohit Damodaran and secretary Venkat under the Protection of Children from Sexual offences act., according to Indiaglitz. Report further suggests that the accused are on run and police are taking efforts to nab them.

The news created huge furore among the fans of director Shankar and Kollywood circle. Various kind of reactions are pouring in the Internet platforms as well.