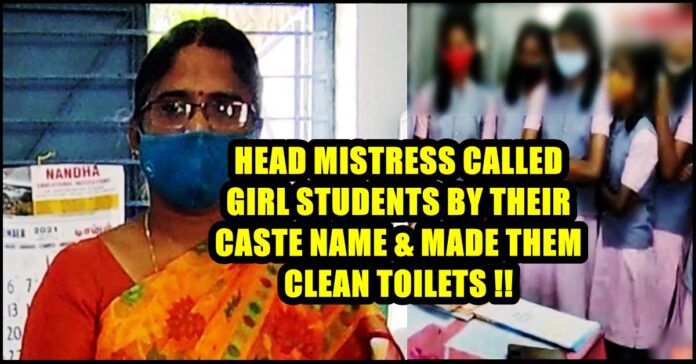 Case Filed Against School Head Mistress For Her Casteist Slur Against Students !!

Days ago, report on a school head mistress of a government school getting suspended for discriminating students based on their caste made headlines. Now, it has been reported a legal case has been registered against her based on a complaint for humiliating students who belong to Scheduled caste community by calling them by their “caste” names.

The incident happened in a government school that is located in the outskirts of Tiruppur. Identified as Geetha, the 45 year old headmistress of Government high school in Iduvai, used casteist slurs and obscenities against the SC students, particularly against the girl students. Reports suggests that Geetha made the students to clean the toilets in the school. 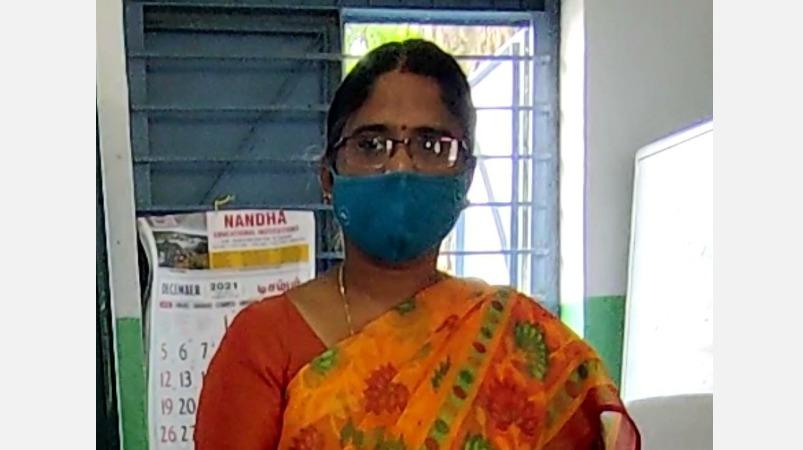 An inquiry was conducted after a group of class 9 and 10 students made a complaint to Ramesh, Chief Educational Officer of Thiruppur district. Geetha was suspended until further notice, according to sources. Ramesh, while interacting with the media, said that Geetha had been the headmistress for the past three years.

“Investigation on whether her past behaviours towards students of other classes in the school also involved caste-based discrimination will be carried out, based on which the action will be taken, the CEO said. Following this incident, a legal complaint has ben registered in the Mangalan police station, according to reports.

“Since the allegations are serious in nature, the Department of school education will also initiate departmental action against her” said Collector S. Vineeth. “These allegations require furter investigations” he added. Saravanakumar, member of district Scheduled Caste welfare organisation and a member of monitoring committee filed a legal complaint against Geetha has been registered under Scheduled Caste and Scheduled Tribe (Prevention of Atrocities) Act, 1989.

Jimmy Donaldson who is popularly known as Mr. Beast made fun of India after going through a strange encounter with a guy from the...

Actor Abhinav who rose to fame among Tamil cinema audience through Selvaraghavan- Dhanush's debut film "Thulluvatho Ilamai" has been appearing in the prominent you...