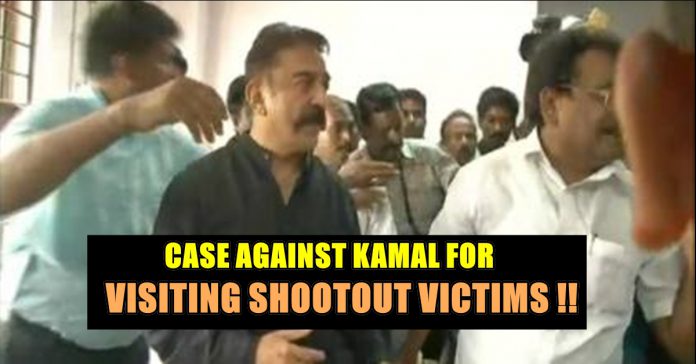 case was filed against Kamal Haasan on Wednesday for visiting a Tuticorin government hospital with his supporters while Section 144 of the Indian Penal Code was in place. 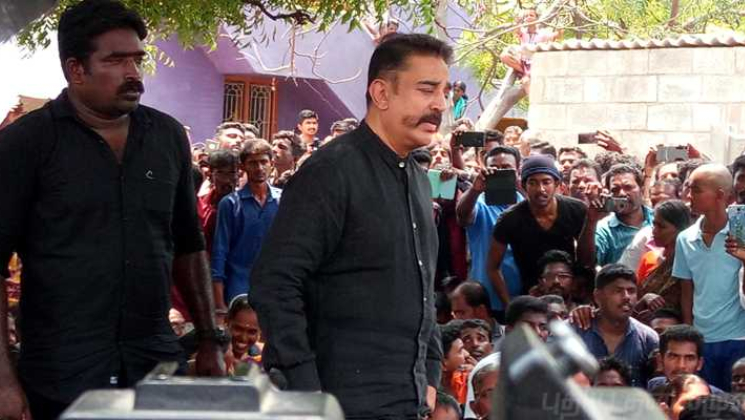 Kamal Haasan, a Kollywood star who now heads the Makkal Needhi Maiam (People’s Justice Front) party, travelled to the southern coastal city to meet people who were injured in violent protests against the expansion of a copper smelting plant. 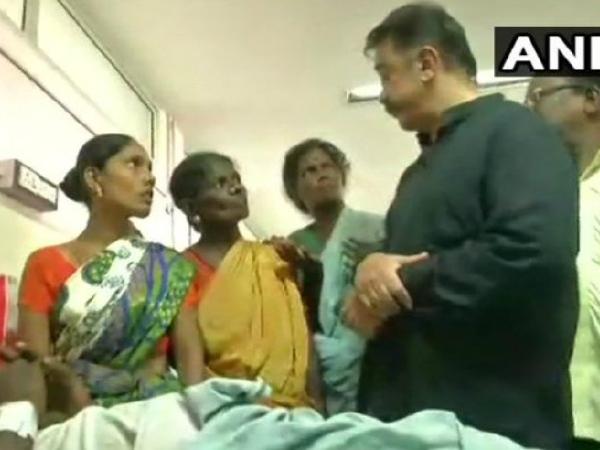 Several were killed in police firing – an act which Congress president Rahul Gandhi has described as “a brutal example of state-sponsored terrorism.” Fresh firing was reported today, and one out of the three people who were shot has succumbed to his injuries. The death toll has now climbed to 12. 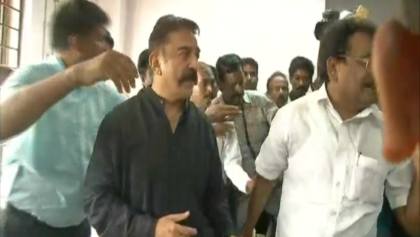 “We must know who ordered this firing,” Kamal Haasan said (before the firing that took place today), in comments published by ANI. “It is not me, but the victims who are demanding this. Merely announcing compensation isn’t a solution.”

Meanwhile twitter users showed their outrage towards the ruling government through their tweets :

Clearly #TNPolice has violated all rules while handling #SterliteProtest #Thoothukudi This is what the rule book says!! Then why snipers & assault rifles were used against innocent civilians? pic.twitter.com/EbU0B7Juuk

People(?) who are protesting in Support of rapists are getting protection from Police.

But people who protest for their livelihood are being shot dead.

What kind of a sick Country are we living in?#Thoothukudi

TN govt killed 11people in #Thoothukudi who struggled for right to live in a pollution free environment!
ADMK govt is competing with Modi govt to prove their slavery towards corporates! pic.twitter.com/TAQDUdyjYD