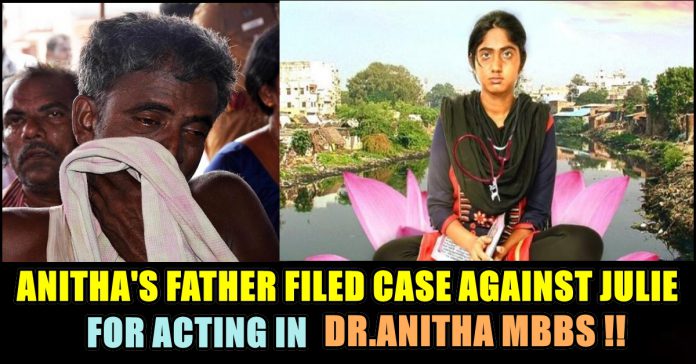 Anitha, who aspired to become a doctor, committed suicide when she couldn’t crack the NEET exam, which was made compulsory for getting a medical seat. Anitha, who studied Samacheer Kalvi syllabus, scored good marks in board exams but couldn’t pass the NEET.

Now, a film is being made on the life of S Anitha, and it will star Bigg Boss fame Julie as the young student. Titled Dr. S Anitha MBBS, the film is produced by RJ Pictures. Juliana is a Nurse by profession. She is from south part of tamil nadu. With the fame of Bigg Boss, Julie is acting in a couple of Tamil movies as supporting roles and also plays lead role in movies such as Amman Thaaye , Uththami, Anitha MBBS.

The first look poster of the film was released a couple of says which features Julie sitting on a lotus with a set of books in her hands. Julie looks convincing as the deceased student Anitha. Talking to Times of India, Julie said, “I said ‘yes’ the moment I was approached for the film. These days, when most of the people are taking movies for commercial purpose, this one is for a social cause. So, I wanted to give this a shot. I know there are many people against me – I have faced political issues, too. But I’m happy to be a part of a project which throws light on Anitha’s life.” But now it is reported that the father of Anitha has filed case against Julie and against the director of the film in Madras high court. It is also reported that he demanded Rs.25,00,000 as compensation.
According to a youtube channel Cineulagam, it is also said that Julie and the director of the film has been arrested.
Source : Cine Ulagam
Shanmugam Anitha, was a student from Tamilnadu. She scored 1176/1200 in the 12th standard exams in the Tamil Nadu State Board. This would have secured her a medical seat, if only the State Board marks had been considered for admission. In NEET-UG, Anitha scored 86/720 marks. The minimum eligibility cut-off for making it into the merit list was 40 percentile for students in the reserved category.
[wp_ad_camp_1] 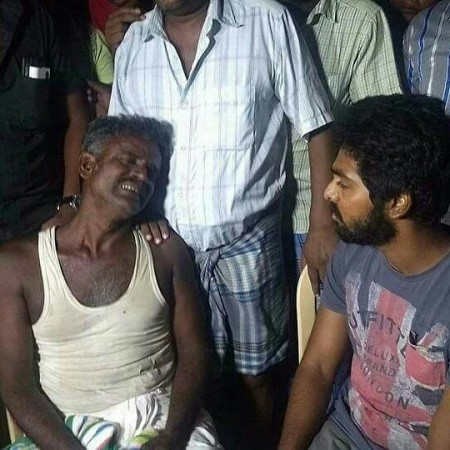 On 1 September, 2017, she committed suicide by hanging.Her death created a major controversy in tamilnadu where the NEET for medical admissions was strongly opposed. She has become as a victim of the system.
Previous articleThis Message From Kerala CM Pinarayi To Tamilnadu Cyclone Victims Is Heart Winning !! Check Reactions !!
Next articleAfter Defeating Pakistan , New Zealand Team Celebrated In Indian Style !! Video Goes Viral !!

Comedy actor Balaji who has been appearing in Vijay TV's reality shows as a judge, made a complaint against SI Manoj Kumar and said...