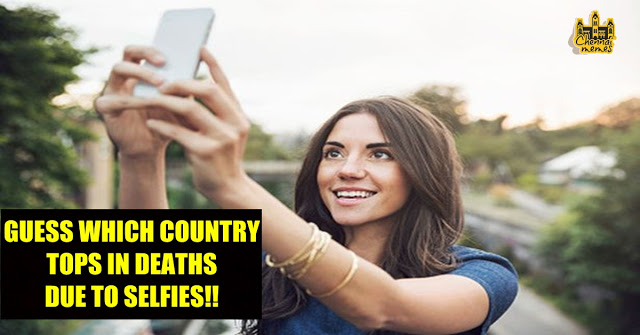 True, Indians are extremely passionate to click selfies and this obsession is not limited to only celebs or high-class people but from PM Modi to common people, no one is left untouched with this ‘disease’. Yes, we called it a disease because people’s love for selfies cost them their lives. Yeah, you read that right! Many people lost their lives while taking picture-perfect selfies and you’ll be shocked to know that India is among the top countries from the perspective of most number of deaths due to selfies in 2015. As Washington Post reported, there were half ‘selfie related’ deaths in India only out of 27 world-wide.
Such incidents compel us to think about the future of India where people are so damn crazy for petty selfies that they don’t even care for their lives and also for their families.