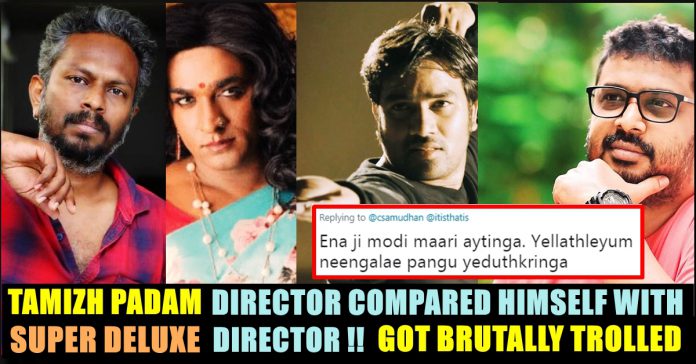 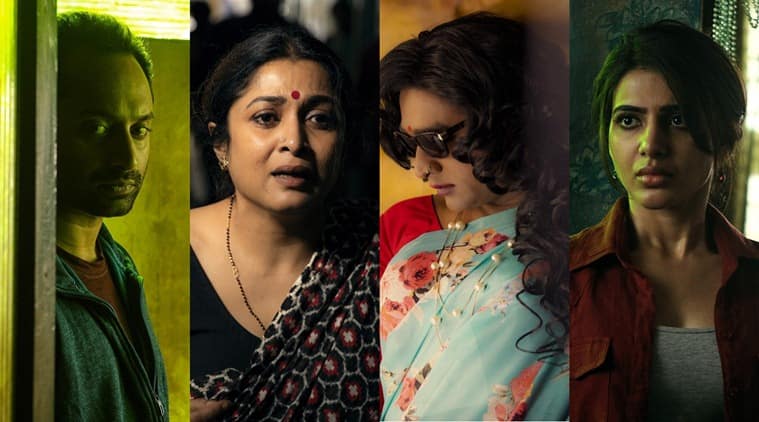 Meanwhile director C.S Amuthan who directed the only parody series of Tamil cinema has came up with a hilarious fact which back fired him in a hilarious way. After releasing his first movie Tamizh Padam in 2010, Amudhan released his the second part of it in 2018 which is 8 after since the release of his debut movie. In a similar way Kumararaja also released his second film Super Deluxe 8 years later since the release of his debut movie Aaranya Kandam. Mentioning this only similarity between the both, Amudhan said that Kumararaja joined the “legendary filmmakers who had 8 years gap between 1st & 2nd film”.

In his tweet Amudhan wrote “So from everything I’m hearing @itisthatis joins the league of legendary filmmakers who had a 8 year gap between their first & second cult hits.” (@itisthatis is Kumararaja’s twitter handle name)

So from everything I’m hearing @itisthatis joins the league of legendary filmmakers who had a 8 year gap between their first & second cult hits.

Many trolled Amudhan for comparing himself with Kumararaja. Check out some of the reactions here :

Previous articleChahal Trolled Stuart Broad For Giving Six Sixes To Yuvraj 12 Years Back !! Here’s How He Got Trolled Back !!
Next articleSocial Media Users Storming Into The Man’s FB Profile Who Misbehaved With Zomato Delivery Guy !!