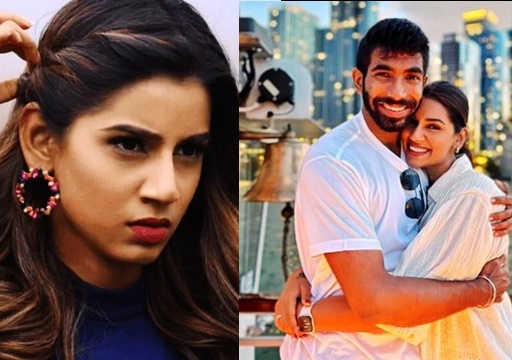 Sanjana Ganesan, wife of India’s prominent seam bowler replied to an insensitive comment she received on her recent Instagram post. To a user who made inappropriate comment about her looks, Sanjana replied back by mocking him, screenshot of which is trending in social media platforms.

This is not the first time Sanjana is shutting down a troll in her own style as the sports presenter is pretty much active in the photo/video posting social media site. She often caught the attention of media and online users through her replies as well.

On Tuesday, she came up with a picture of herself from Adelaide in her Instagram handle. She was seen wearing a red dress and donned a pretty smile to pose for the camera. She captioned the picture writing “The weather in Adelaide at the moment is B-E-A-utiful”

The post garnered 60 k plus likes in no time as Sanajana is enjoying 8.5 lakh plus followers for her handle. Among the hundreds of her followers who commented writing “Mam itni Khubsurat bhi nahi ho Bumrah ko kaise pata liya?” which is roughly translated as “You are not beautiful enough to get Bumrah as your husband/partner”

Here’s the screenshot of his comment and Sanjana’a reply : 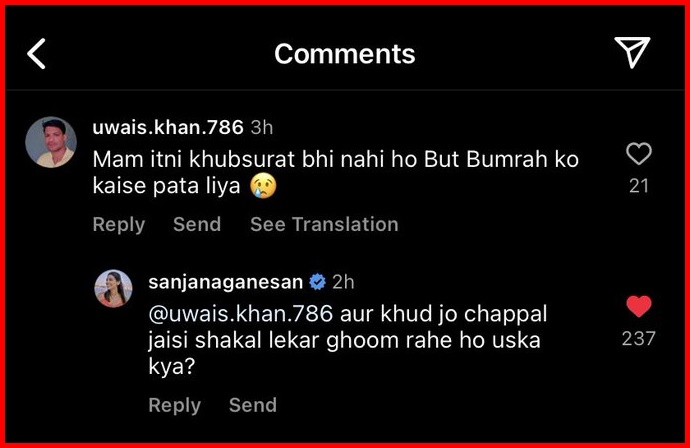 Check out some of the reactions that surfaced for the reply provided by Sanjana :

Pant should also marry someone who can handle trolls like these. https://t.co/FQjeRvYvcH

After several link ups and rumours with popular personalities such as Anupama Parameshwaran, Rashi Khanna, Bumrah surprisingly announced that he got married to sports presenter Sanjana Ganesan through his social media posts. The marriage event took place on 15th of March 2021. Due to the COVID 19 pandemic, the information about their marriage ceremony got out only after the couple announced about it in their respective social media accounts.

Previous articleCan I Pay Someone to Write My Essay?
Next articleSamantha Opened About Surrogacy For The First Time!!

After facing criticism  from former Union Health Minister Anbumani Ramadoss for holding a cigarette between his lips in the poster of Sarkaar, actor Vijay has...

Thalapathy Vijay’s Strategy To Eat Non-Veg 7 Days In A Week !! MUST WATCH

Thalapathy Vijay enjoys a huge fan base across the globe and is known as one of the influential personality from the cinema industry. The...