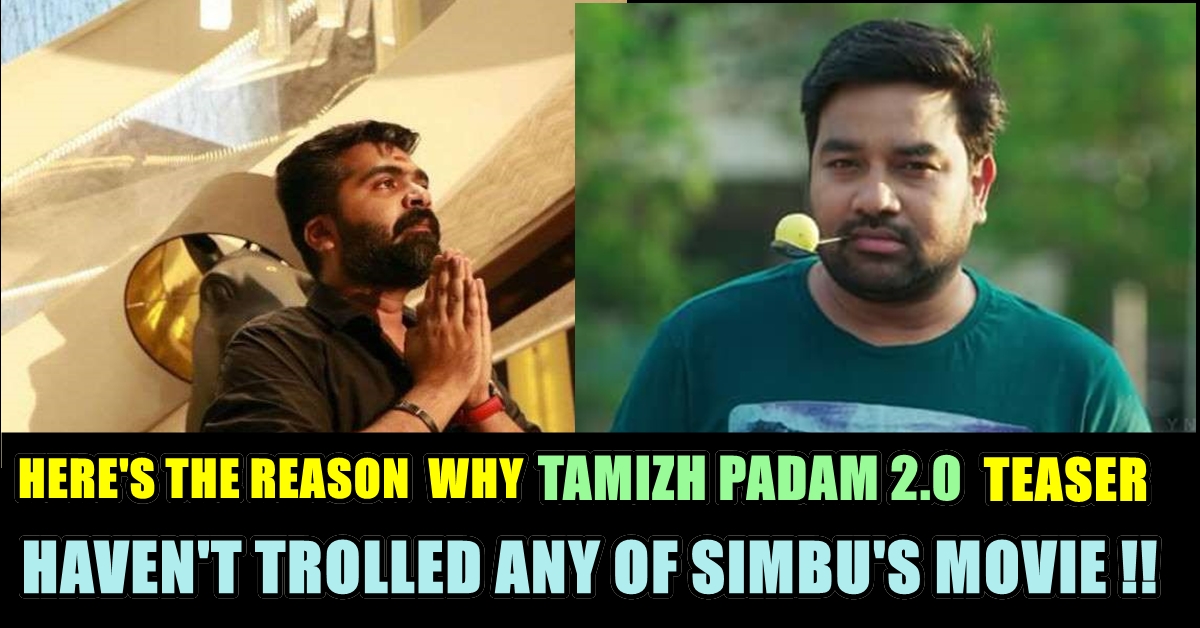 This is a statement made by Producer Michael Rayappan, who produced Simbu’s Anbanavan Asarathavan Adangathavan, directed by Adhik Ravichandran. He has blamed Simbu for the films failure. Opening more about Simbu and all that he did during the shoot of of the film, Michael Rayappan also issued a heartfelt statement in the end of last year.

Further he said “Due to the utmost passion that I have for cinema, I’ve produced 12 films in the last nine years. Though there have been quite a few failures, in these films, there was a heartfelt happiness for me, about giving job opportunities and salary to at least 500 people. That pushed me to do more and more films. But, never in my dreams, I thought that a film called Anbanavan Asaradhavan Adangadhavan with Simbu would push me into a miserable state like this.” “At one point Simbu agreed and asked to shoot in his own house. So, we shot according to that.But even for shooting inside his house, Simbu turned up so late and came only at 3 AM for the shoot. Will this atrocity happen anywhere else? We assumed that he would come for the dubbing at least. The release date was nearing, and we were out of options. Simbu then dubbed from his house bathroom. He recorded the dialogues and sent us. We took that audio file and went to Rajakrishnan of Four Frames, who said that the quality is very very bad, and he wouldn’t be able to mix the sounds. With just five days left over for censor, we adjusted the sounds and enhanced the quality with, Voice Modulation Software” the producer added. The film he was talking about released on June 23, 2017 and it took almost a year to get released since its production.

On January 2017 , Veteran filmmaker Gautham menon made a statement on Simbu’s sincerity. He said “I am currently filming a film in Tamil with a hero (Simbu) and I am not able find funding easily at all. So I had to do a Telugu film to fund the Tamil film. It’s my 15th film and I have had some decent films down the line. Most of the time the hero doesn’t turn up also to the sets of the film for shoot,” said Gautham Menon.

Realizing what he has said in a fraction of a second, Gautham asked, “This is not going to go out on youtube right? Ok, I mean it, so it don’t care. He doesn’t turn up for shoot.”

The production of “Achcham enbathu Madamayada” started in December 2013 and it got released on November 2016. This 2 hours 15 minutes film took 3 years for its production.

Director Pandiraj’s “Ithu Namma Aalu” film also went to floors on 2013 and got released on 2016. And there is a film called “Vaalu” which began its production on 2012 and hit the screens on 2015. These release dates clearly denotes that every of Simbu’s film gets 3 years minimum for its production and its been already a year since his last film released. But we cannot complain that there is a reference of way old film like God father which is released in 1972. But then there will be a compulsion to conduct debate between Godfather fans and AAA fans. Guess Who Is Going To Take Over The Legacy Of “AMMANS” In Kollywood Cinema !!
Decode Of Tamizh Padam 2.0 Teaser Frame By Frame : You Will Be SHOCKED To Check These !!