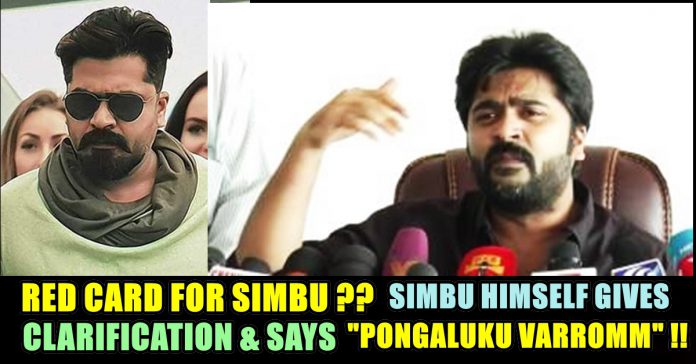 Actor Simbu, fondly called STR by his fans, was last seen in Chekka Chivantha Vaanam. His character Ethi, and his performance received positive reviews. He is now working on a film titled Vandha Rajava Thaan Varuven, that is the remake of the Telugu film Attarintiki Daredi.

Recently, there were rumours going around social media that the TFPC has issued a red card to Simbu for the controversy during the shoot of AAA. There were other rumours too, like – “STR’s Vandha Rajava Dhan Varuven not releasing for Pongal”. However, Simbu has now released a statement quashing those rumours, and also reasserting the fact that VRV will release for Pongal.

There have been many speculations going around social media, claiming that a red card has been issued by TFPC to Simbu for the issues that cropped up during the shoot of ‘Anbanavan Asaradhavan Adangadhavan’ (AAA). 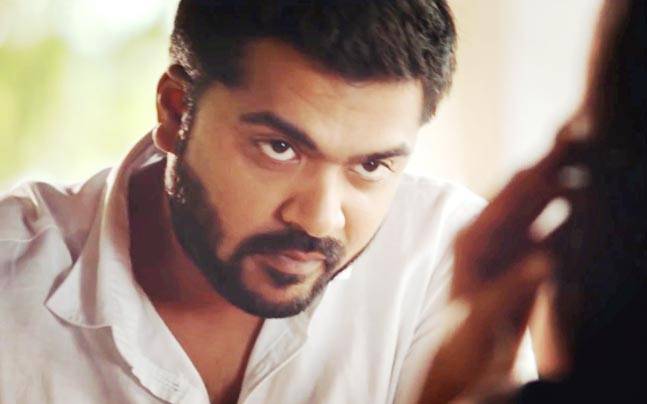 To put an end to the rumours, STR has released a statement reassuring that ‘Vandha Rajava Dhan Varuven’ will be releasing Pongal 2019.

STR’s statement reads, “My vehement request to my Dearest of Fans & Admirers! Please do not worry about the recent happenings in the industry. No one person can take a decision to side-line us. Any decision taken will always be a decision by Group of members & council & we will ensure it gets resolved to our best. Don’t get anxious and target any particular person. Always spread Love. Thank you for your constant and unwavering love and support as usual. #NeengaillamaNaanilla  Let us all do our duty and the results will be automatic. No matter what we will fight out and come for Pongal! #PongalukkuVarom  #VRV #STR” 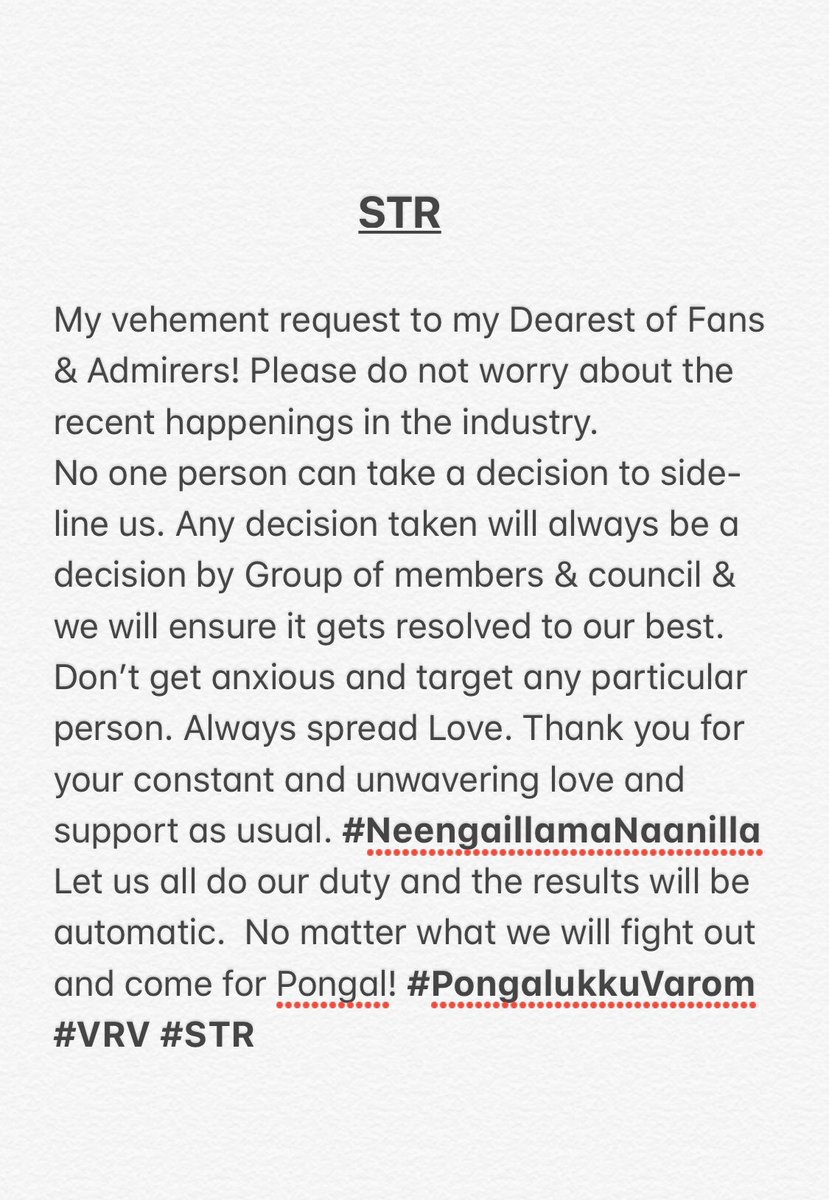 Earlier in the day, Sun Pictures had released a new poster of ‘Petta’ announcing that the film will be releasing for Pongal next year. With Ajith’s ‘Viswasam’ also slated to release along with ‘Petta’, STR’s announcement has only heated up the race for Pongal.

STR has collaborated with director Sundar C for the first time with ‘Vantha Rajava Than Varuven’. The film which is a remake of Telegu blockbuster ‘Attarintinki Daredi’ has Catherine Tresa and Megha Akash sharing the screen space with STR. Sundar C’s wife and actress Khushboo is said to be playing a crucial role in the film.

It will be interesting to see if ‘Vandha Rajava Dhan Varuven’ hits the screens for Pongal as promised by STR.