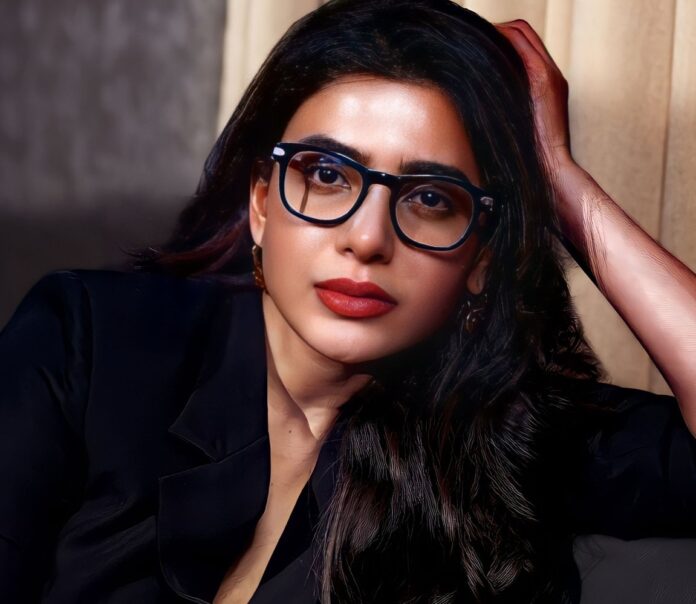 On Thursday morning, a number of prominent media portals came up with a report saying that actress Samantha has been admitted to hospital followed by her “Myositis” condition. Now, official reports emerged saying that the news is completely false and the actress is doing good.

There is a news doing the rounds about @Samanthaprabhu2 and her health. Sources close to her confirm that she is absolutely fine and is doing good. Pl do not spread wrong information. pic.twitter.com/STtZOJVDta

Leading media portals said that Samantha’s health condition got worse and she got admitted to the hospital. “There is a news doing the rounds about @Samanthaprabhu2 and her health. Sources close to her confirm that she is absolutely fine and is doing good. Pl do not spread wrong information” journalist Sridevi Sridar said.

Breaking: actress #Samantha spokesperson denies that she has been admitted to hospital in Hyderabad.

“Actress #Samantha spokesperson denies that she has been admitted to hospital in Hyderabad” Katha Srinivasan, editor of India today confirmed.

Recently, Actress Samantha Ruth Prabhu broke down in tears on air while interacting with a female host for an interview. In the interview which took place to promote her film “Yashodha”, she opened about her health. The actress who got emotional, said that she is not at a life-threatening stage and expressed her wish over how the media could have avoided the exaggeration.

.@Samanthaprabhu2 is very much healthy and doing well. She’s not hospitalised as reported by a section of media. Baseless reports !

“As I said in my post, some days are good, some are bad. Some days, I have felt even taking one more step would be difficult. But when I look back, I wonder I have gone through so much and have come this far. I’m here to fight” the actress who got emotional said.

In the same interview, Samantha made it clear that she is not in a life threatening situation. “I want to clear one thing. I saw a lot of articles describing my condition as life-threatening. The stage I’m in, it’s not life threatening. At the moment, I’m not dead yet. I don’t think those headlines were very necessary” She added.

Days ago, actress Samantha came up with an emotional note updating about the health condition she has been going through. The “Super Deluxe” actress said that she got diagnosed with an auto immune condition called “Myositis”. She who was looking to share about it to her followers after getting cured, realized that it is taking too long than expected and uploaded the post believing ” This shall too pass”

“Your response to the Yashodha Trailer was overwhelming. It is this love and connection
that I share with all of you, that gives me the strength to deal with the seemingly
unending challenges that life throws at me. A few months back I was diagnosed with an
autoimmune condition called Myositis” the actress said through her post.

“I was hoping to share this after it had gone into remission. But it is taking a little longer than I hoped. I am slowly realising that we don’t always need to put up a strong front. Accepting this vulnerability is something that I am still struggling with. The doctors are confident that I will make a complete recovery very soon” She further said.

“I have had good days and bad days.. physically and emotionally… and even when it feels like I can’t handle one more day of this, somehow that moment passes. I guess it can only mean that I am one more day closer to recovery. I love you.. THIS TOO SHALL PASS” read Samantha’s post which contained a picture of herself getting treatment in the hospital.