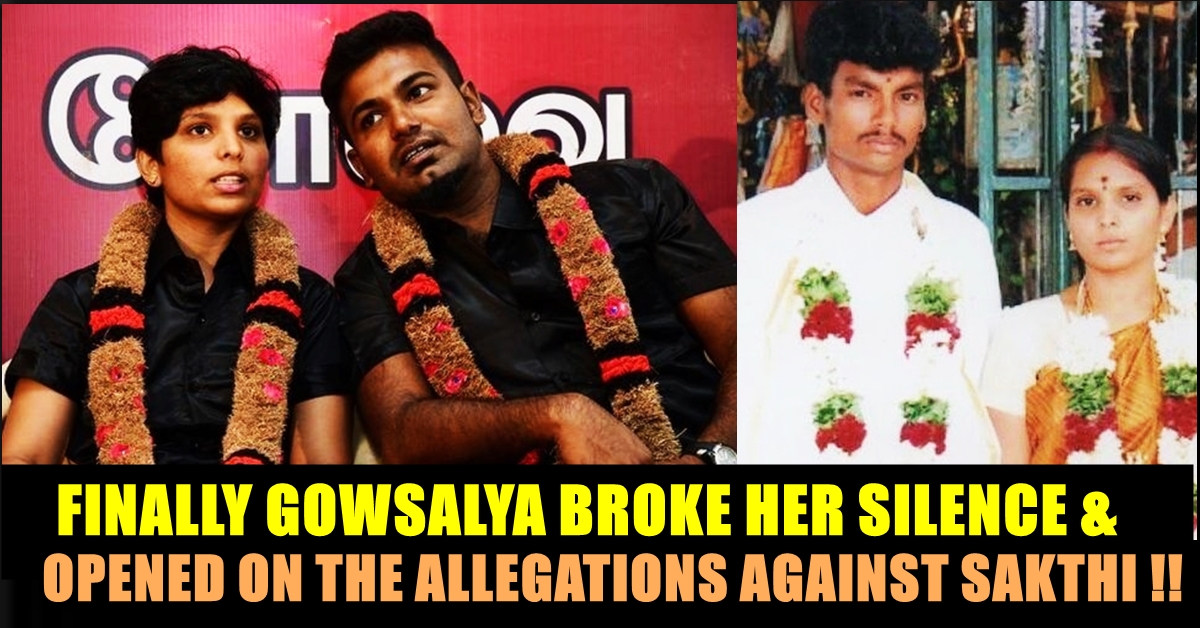 Caste killing survivor and anti-caste activist Gowsalya Shankar married Parai artiste Sakthi at the Thanthai Periyar Dravidar Kazhagam office in Gandhipuram. At the self-respect marriage ceremony, the couple took an oath to continue to fight against caste killings and to annihilate caste in society. 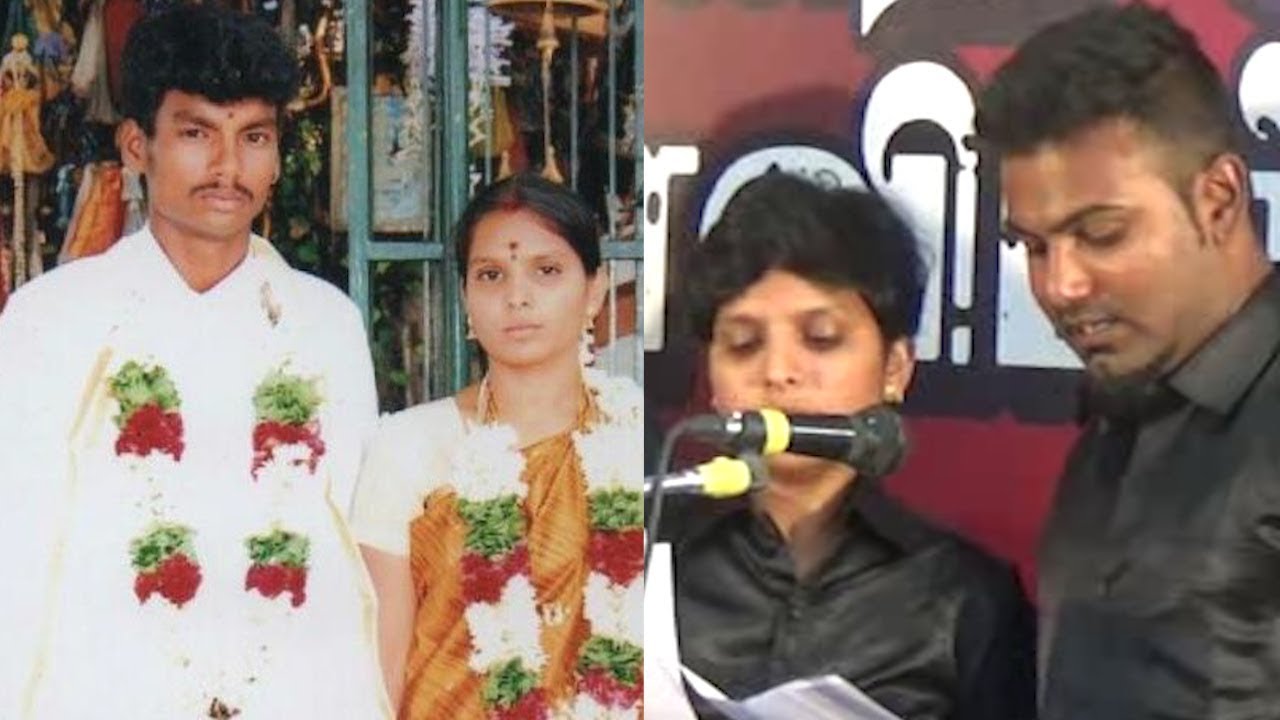 They also said the doors to their house would remain open to provide refuge for inter-caste couples and those who married for love. “Periyarist, Ambedkerist and Marxist people working for the welfare of the society can always come to our house to work for the people,” they vowed. Gowsalya, who belongs to the socially dominant Thevar community, had married Shankar, a Dalit youth of Udumalpet in Tirupur district, in 2015. On March 13, 2016, the couple was brutally attacked by a three-member gang near Udumalpet town bus stand. Shankar, only 22 at the time, succumbed to his injuries while 19-year-old Gowsalya survived. On December 12, 2017, a Tirupur court convicted her father Chinnasamy and sentenced him to death for masterminding the attack against the couple. 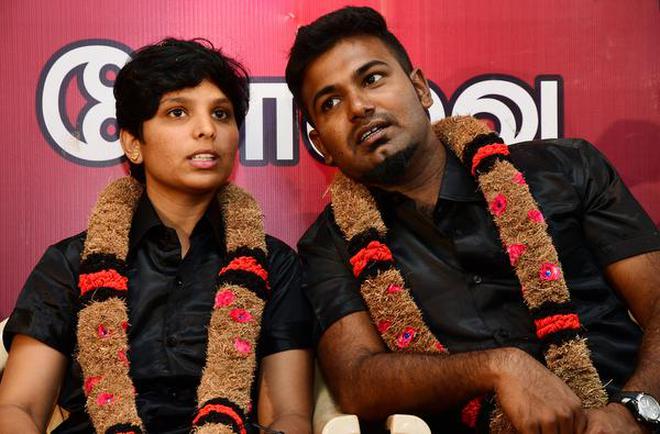 Gowsalya, by then an anti-caste crusader, had started the Shankar Social Justice Trust and was living with Shankar’s family. She testified against her father at court.
Gowsalya wed Sakthi, who runs the Nimirvu Kazhaiyagam, in the presence of Dravidar Viduthalai Kazhagam founder Kolathur Mani, Thanthai Periyar Dravidar Kazhagam’s K Ramakrishnan, VCK’s Vanniyarasu and ‘Evidence’ Kathir. Shankar’s family attended the wedding. The couple vowed not to become a part of each other’s organisations. Sakthi, an MBA graduate from Vellalore, has been teaching Parai for eight years. 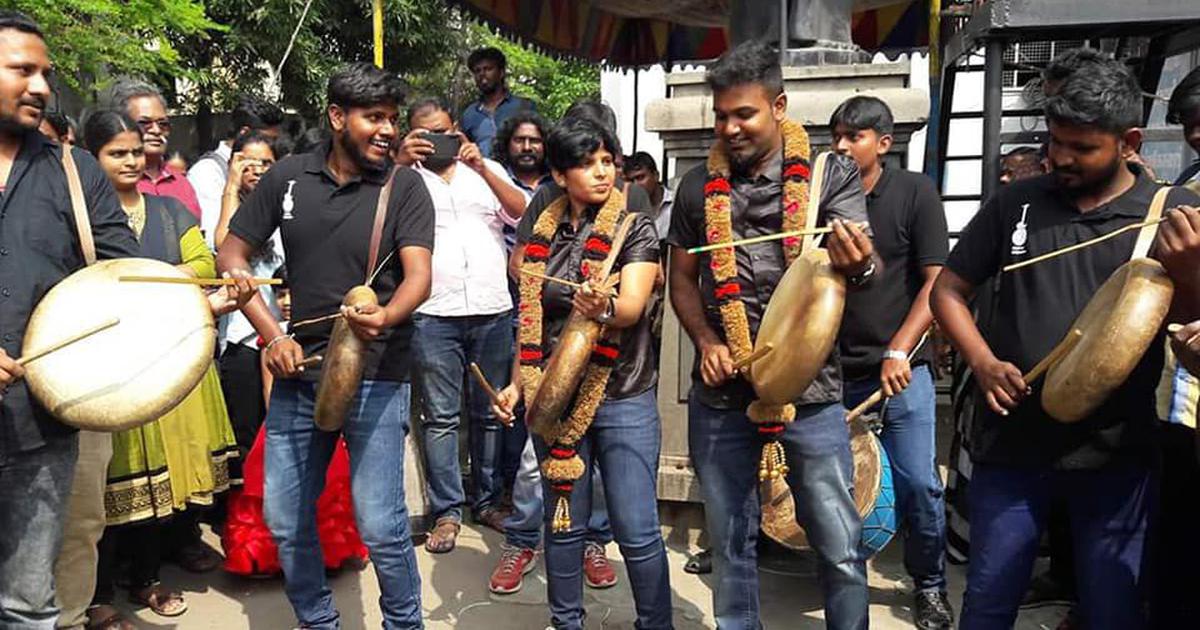 However, soon after the marriage, allegations of Sakthi cheating a Chennai woman began doing the rounds on social media. On Saturday, social activist Thiyagu and Dravidar Viduthalai Kazhagam leader Kolathur Mani jointly issued a statement regarding the allegations. In the statement, they stated that they had inquired into the allegations against Sakthi on Thursday.

“During the inquiry, the victim, Sakthi and Gowsalya were interrogated. It was found that injustice had been done to the victim. There was no contradiction in the statements of the victim and Sakthi’s,” the statement read. True to the Kangaroo court style of functioning, they delivered their verdict, directing Sakthi to apologise before the hall, while Kausalya was asked to express regret for failing to condemn Sakthi’s act. They also told Sakthi to stay away from playing Parai for six months and slapped a fine of 3 lakh.

When asked, Kolathur Mani said that they clearly mentioned in the statement that their verdict did not have legal sanctity, and it was based on ethical values. Legal experts opined that the entire process of inquiring and delivering judgment was illegal. A retired judge, who did not want to be named, opined that even a judge could not arrive at a conclusion and find the truth in personal cases.
Now Gowsalya has broke her silence and released a brief explanation about the allegations in her Facebook account. In her explanation which was wrote in Tamil she said that she is giving explanation based on the accusations against her. Check out her post here :
Continue Reading
Related Topics:

42 Year Old Woman Gang-Raped In Running Auto By Auto Drivers !! Utter Shock !!
This Most Loved Actress To Do The Role Of Sasikala in Jayalalithaa’s Biopic ??