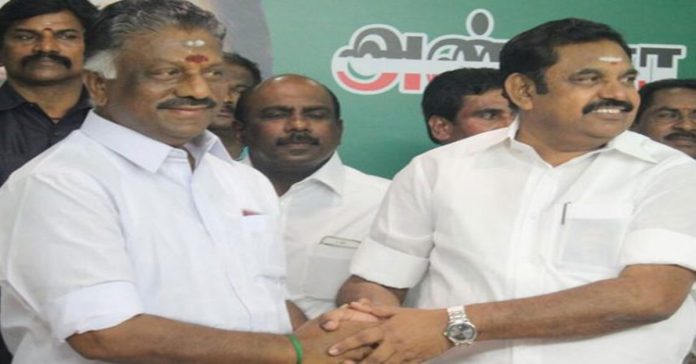 It’s a well known fact that the ‘Two-leaves’ symbol of the AIADMK party was frozen soon after the death of the former chief minister J. Jayalalitha, as the party was split into two. One of which was lead by Chief minister Edappadi k. Palaniswamy  and the other by Sasikala. And now EC has given the symbol to the party lead by EPS.

The symbol was frozen  the EC so as to avoid confusions, as  both the parties claimed that the symbol belonged to them as their party was the heir of the AIADMK party.

To determine the relative strength of the two groups in the organisational wing of the AIADMK, the EC looked at the members of General Council.  It argued that the Commission cannot be expected to hold a referendum among the millions of primary members of the AIADMK. “The EC has given a good decision. They have allocated the symbol to us. They have given this decision based on the  number of cadres, MPs, MLAs who are on our side. We submitted affidavits to prove that majority of party cadres are with us. We are happy. This is a fair decision by the EC.”

Balaji Murugadoss, one of the happening contestants of the ongoing Bigg Boss show, is having issues not only with his co-contestants but also with...