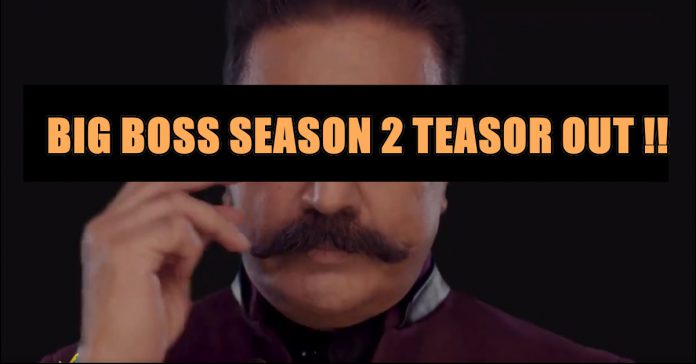 Big The winner of the first season of Bigg Boss Tamil was Tiruchirapalli based model-actor Aarav who received a cash prize of ₹50 lakh. Lyricist and actor Snehan  was the runner-up. The Second Season of Bigg Boss Tamil is about to begin and here is the teaser featuring Ulaga Nayagan Kamal Hassan Once again. It was said that as Kamal has entered politics he won’t be hosting Bigg Boss 2, but to the surprise, he is doing it again.Bigg Boss is a Tamil reality TV show in its truest essence. With a 100 days of unadulterated drama, excitement, anticipation, fun, and of course, superstar Kamal Haasan as the host, this is a show you can’t afford to miss. Celebrities live in an isolated house cut off from the rest of the world. They are put with challenging tasks to avoid elimination and win the grand prize.Watch the Teaser below.

Coming to meet my people again. Yours forever.
#BiggBossThePeoplesStage#BiggBossTamil2@vijaytelevision pic.twitter.com/HAyoBH8R2G