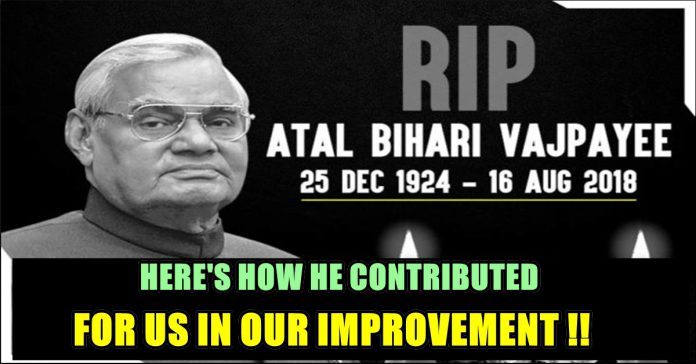 Atal Bihari Vajpayee former prime minister and BJP stalwart, passed away on Thursday. He was 93. Vajpayee was admitted to the All India Institute of Medical Sciences in June. Vajpayee, who had been ailing for long, retreated from active public life over the last decade following the deterioration of his health and remained restricted to his residence.

In a medical bulletin, AIIMS said: “It is with profound grief that we inform about the sad demise of former prime minister of India, Shri Atal Bihari Vajpayee at 5.05 pm on 16.08.2018. Shri Vajpayee was admitted in AIIMS on 11.06.2018 and was stable in the last 9 weeks under the care of a team of AIIMS doctors. Unfortunately his condition deteriorated over the last 36 hours and he was put on life support systems. Despite the best of efforts, we have lost him today. We join the Nation in deeply mourning this great loss.” 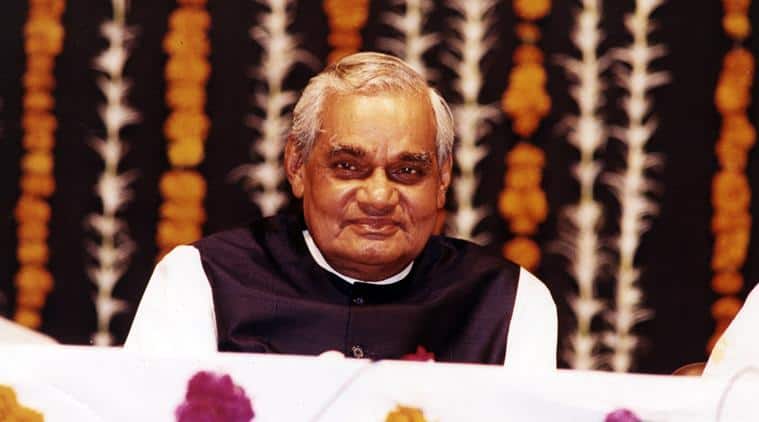 Here’s a look at eight remarkable steps taken by Atal Bihari Vajpayee in his tenure: 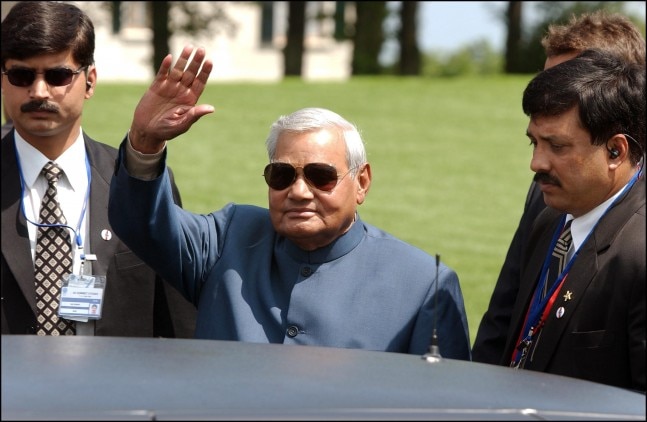 Besides raising India’s GDP to eight per cent in his tenure, he further introduced the Fiscal Responsibility Act which aimed to reduce the fiscal deficit and boost public-sector savings.

4. THE RISE OF THE INDIAN TELECOM INDUSTRY On India’s 56th Independence Day, he said, “Our country is now ready to fly high in the field of science. I am pleased to announce that India will send her own spacecraft to the moon by 2008. It is being named Chandrayaan.

“We have the capacity for a big bomb now. Ours will never be weapons of aggression,” he said.