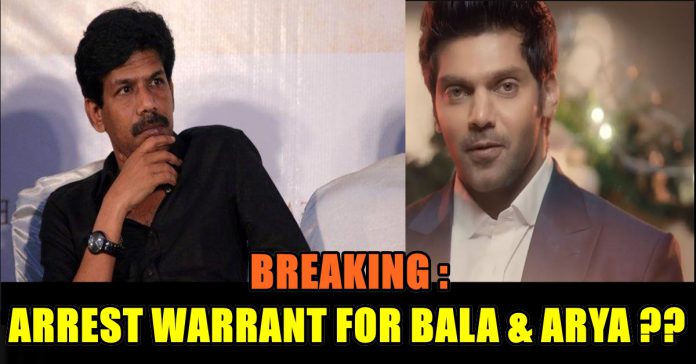 Avan Ivan is a 2011 Tamil comedy drama film written and directed by Bala, who with this project directs his fifth feature film. The film stars Vishal, Arya, Janani Iyer and Madhu Shalini in the lead roles.The film, produced by Kalpathi S. Agoram’s AGS Entertainment, features music by Yuvan Shankar Raja, cinematography by Arthur A. Wilson and editing by Suresh Urs. Set in the backdrops of Theni , Avan Ivan illustrates the relationship between two boisterously playful half-brothers. The film, which was dubbed in Telugu as Vaadu Veedu, released worldwide on 17 June 2011, to mixed critical response. According to Eros International, it was successful at the box office. The Singampatti Zameen, a hamlet in south Tamil Nadu, has taken offence to the manner in which it has been portrayed in the film Avan-Ivan and his son have filed a legal case against Director Bala , Arya and the Producer in Tirunelveli Amba samuthiram court.

As the producer said that he only invested money for the film and he also relieved from the case as he said that he is not aware of the content of the film.  Actor Arya and director Bala were ordered to appear in court directly but they failed to do. Later, in various occasions they failed to appear in court which lead the court to order for the arrest warrant for the two Kollywood celebrities. Bala is now commited in a film named “Varma” in which actor Vikram;s son Dhruv making his debut.

Actor Arya is looking forward for his huge project “Sangamithra” which is going to be directed by Sundar.c.

We have to wait and see for the Actor , Director’s reaction. What do you think on this isuue ?

Previous articleFinally The Total Amount Spent For Our PM Modi’s Foreign Trips Revealed !! Its Huge !!
Next articleFan Asked Kamal What Will Be His Reaction If Vijay Enters Politics !! : Kamal’s Reply Was An Awestruck !!

After witnessing a rain that poured heavily from the noon of Thursday, people from across the city started trending hashtag "Chennai Rains" in the...

Old Video Of “Erode” Mahesh Talking About The Struggles Faced By “Vadivel” Balaji !!

Stand up comedian Mahesh who is popularly known as "Erode" Mahesh talked about the struggles faced by "Vadivel" Balaji after having an heart attack...