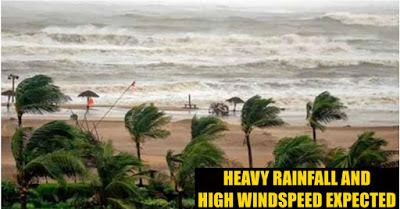 The low depression which formed over Bay of Bengal few days before has turned into the Cyclone Nada and is nearing the shores of Tamil Nadu. The cyclone is expected to hit the shore between Puducherry and Vedaranyam on December 2,2016. Although the trajectory of the cyclone is unsure it is expected to by crossing around Cuddalore mostly.

The state government along with the Puducherry government has taken necessary steps to eradicate any mishaps owing to the cyclone. Fisherman are prohibited from venturing into the sea and the harbor is most likely to be closed due to cyclone.

The metrological department has announced that the state would receive moderate to heavy rainfall and would face Squally winds, with speeds reaching 45-55 kmph and gusting to 65 kmph along the coast of Tamil Nadu and Puducherry.

Although the situation would not be as dire as last year it is expected to do damage to the coastal cities. Puducherry and coastal areas of Tamil Nadu would be affected the most due to the cyclone.

Schools and colleges have been declared holidays on Dec1 and Dec2 and anna university exams which were scheduled on these days were postponed to the end of December.

Previous articleDMK Chief Karunanidhi Admitted In Hospital.
Next articleHere’s Why Your Whatsapp May Stop Working In 2017