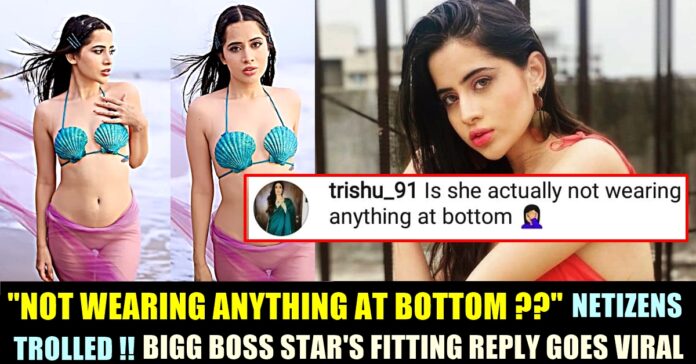 Bollywood actress Urfi Javed who is pretty much famous for her stint in Bigg Boss show and OTT projects, enjoys a huge fan following in Instagram for the posts she has been uploading from her photoshoots. Most lately, she came up with a reel video in her Insta handle in which she was seen wearing a bikini by the beach side. On seeing the video, a number of her followers asked her whether she is wearing an “undie” or not.

In a way of shutting down all of them, the young actress replied to them saying that she is indeed wearing one with skin colour and asked such toxic followers not to pretend dumb.

Sharing the reel video through which the 24 year old actress flaunted her body curves in a bikini top which was made of a seashell, Urfi said “Made this bikini top using shells and wrapped a see-through fabric around my legs ! Ariel is ready !Hair Outfit meeee Make up meee.” through her caption.

The post impressed majority number of her three million followers as they termed her as “beautiful”, “Gorgeous” etc. However, a section of toxic followers body shamed her and criticized her choice of clothes by mentioning her religion.

A set of comments which grabbed the attention of Urfi herself is from the kind of people who asked the actress whether she is wearing any underwear.

Urfi who lost her cool on seeing such comments, decided to give them back in style. Asking them to stop acting dumb, Urfi made it clear that she is wearing a skin coloured undergarment. Taking it to her Instagram story, the emerging actress asked such toxic people to use their eyes and common sense.

“Everyone stop acting dumb ! Of course l’m wearing a skin coloured undergarment! People like you guys cmon ! Use your basic common sense and your eyes!” read the reply of Urfi. 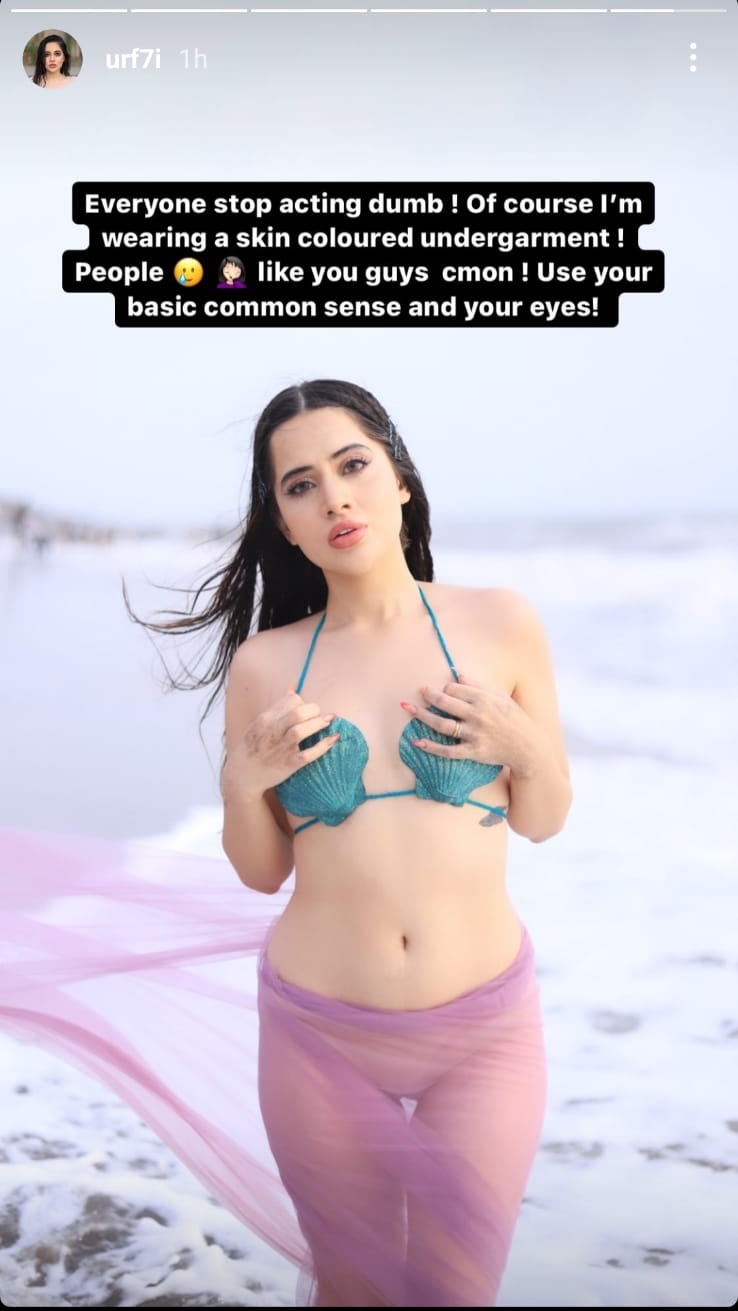