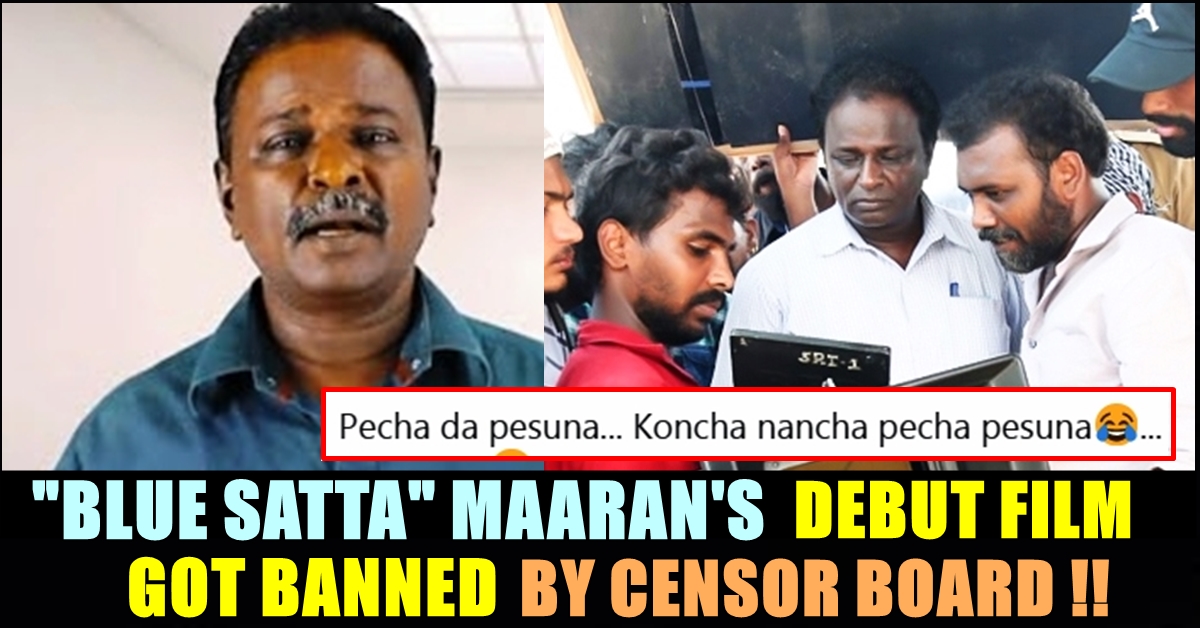 “Blue Sattai” Maaran is one of the prominent movie reviewers of Kollywood films. He is very well known for his rural slang, funny phrases, short stories and the reference of real life incidents in his movie reviews. For his unique style of movie reviewing, the man who always wears blue shirt has a separate set of fan following and his youtube channel Tamil talkies enjoys million subscribers.

He is also known as one of the controversial reviewers in the industry as he had clash with the makers of the films often. “Goli Soda” Director Vijay Milton condemned him for the way he reviewed the movie “Vivegam” which had actor Ajith in the lead. A legal case was filed against him by “Amma Creations” Siva for the way he reviewed Charlie Chaplin-2 movie. In the review he criticized the makers by saying that they doesn’t have common sense.

Maaran is one kind of a reviewer who enjoys a massive fan base and equal number of haters. Probably he would be the person whom the people of Tamilnadu asked to make a movie the most for the way he criticized the films of others. In a way of replying to them, the reviewer, in 2019, announced that he is going to make his directorial debut.

Now, as the film got completed, he started promoting it through his youtube channel. Most recently, he updated that he is going to send his movie to the censor board to get certified for the theatrical release. Now, to our shock, a report surfaced saying that his film “Anti Indian” got banned by the censor board.

Many of the social media users who heard about the news started reacting in various ways. While a number of Tamil cinema fans spewed hatred at the reviewer for the way he reviewed films all these days, a set of people backing him by stating that the film would be a great one with appropriate opinions as censor board which belongs to central government is banning it. Many others believe that it is a handy advertisement for the film’s reach.

It's a huge publicity, banning a B grade movie is natural but banning this movie is just political pressure I. Guess..

Internet Slammed Chennai Voters For The Less Percentage Comparing To All The Districts !!
Not Lawrence But This Top Hero To Play Antagonist In “Vikram” !!