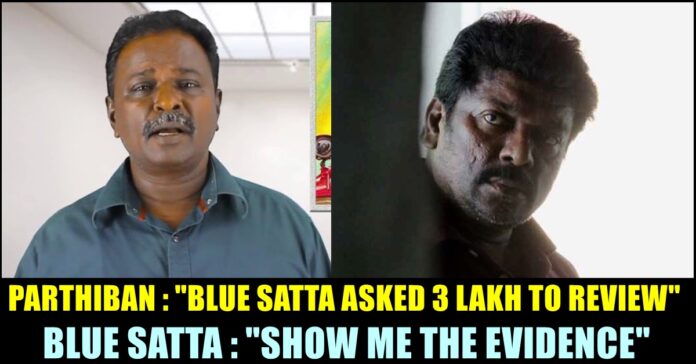 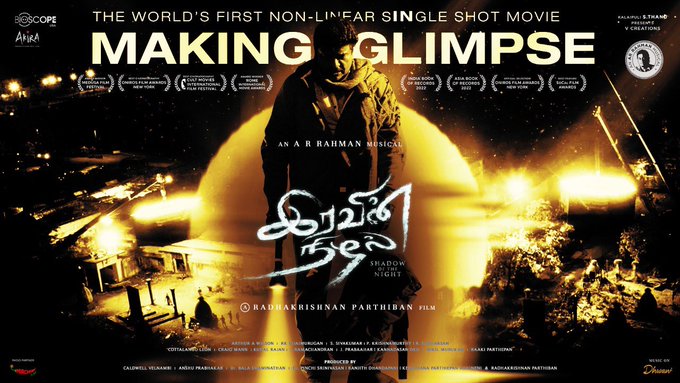 The filmmaker uploaded a series of tweets, insisting why and how he recognizes his film as world’s first non linear single shot film. In the meantime, reports emerged saying that the effigy of the movie reviewer was burnt by the fans of Parthiban in Pudhucherry. Pictures of a number of public people slipper garlanding Blue satta’s poster also surfaced in the internet. 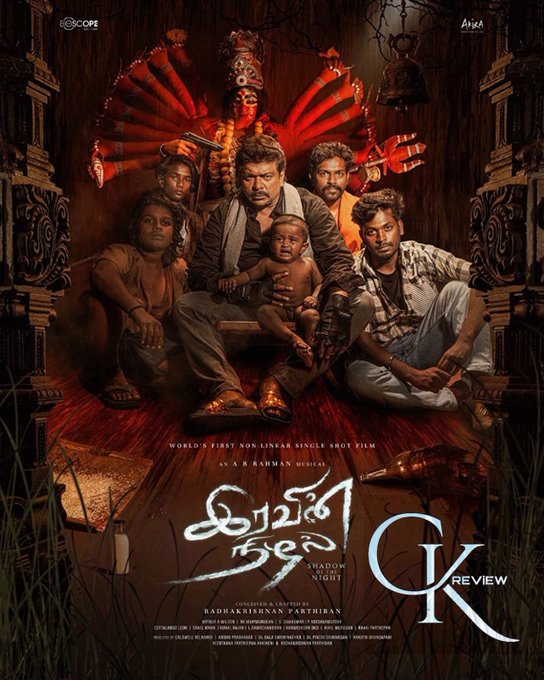 Sharing the pictures, Blue Satta condemned Parthiban, accusing him of staying mum while his fans were involved in violent act. Clarifying about the same, Parthiban released an audio saying that he never had ardent fans since very long time as he changed it into welfare association.

“After going to the mall in Puthucherry, I personally called the person who burnt the effigy of Blue Satta Maaran and condemned him. He is one of the leaders of Nadigar Sangam and is also a film producer. When he told me about his activity, I condemned him immediately as I’m always against this effigy burning” Director Parthiban said in the audio.

Parthiban claims that Iravin Nizhal is WORLD’S FIRST non linear singe shot film. But that is not true. It was Iranian film Fish & Cat 2013.

“I didn’t want to humiliate him by condemning him in front of public and did it personally. He said that Blue Satta Maaran asked Rs. 3 Lakh from him to review his movie and he happened to express his anger for that by burning his effigy. I said that it’s his personal problem and himself couldn’t have known that it would change the narrative ” the director further said.

“Even in the video, he says that he got affected personally, you could see that and he never identifies himself as a fan of Parthiban” the director added. Watch the video below :

Now, answering to the same, Blue satta, in his review video of “Deja vu” film, said that he want evidence from Parthiban for his claim.  “I made an accusation about his film with an evidence but Parthiban is making a claim without a base. He should tell the name of the producer, the film he made, how he approached me and what I replied and what is the proof of it” Blue Satta said in his review video.

“He is making us scapegoat to portray himself as a good person. Parthiban, in his audio, said that he wouldn’t ask the sorry to me but to my family. I don’t want him to ask sorry to me or my family members but to the people of Tamil nadu as he cheated them saying that his film is worlds first non-linear single short film” Blue satta Maaran further said.

Previous articleJUST IN : This Famous Tamil Hero Joined The Trend With Ranveer Singh !!
Next articleVishnu Vishaal Reacted To The Negative Comments !!

Netizens started demanding red card for Azeem after he made a comment on Shivin, his co-contestant. During a task, he was heard saying to...

Bigg Boss Tamil is going to see its 3rd winner today. The first season of 100 days show which was hosted by Ulaganayagan Kamal...