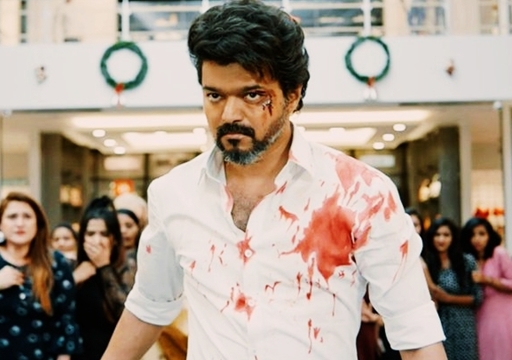 The most awaited trailer of actor Vijay’s “Beast” released in YouTube on Saturday evening 6 PM. Fans of the actor can’t keep calm after witnessing the first ever glimpse on what the entire film is going to be about. Apart the celebration from the fans of actor Vijay, few compared the film with some of the earlier released films such as Hollywood film Die hard, Tamil film Gurkha etc. Meanwhile, movie reviewer Maaran uploaded a plot of a Hollywood film which is about a shopping mall invasion after the trailer of Beast released. 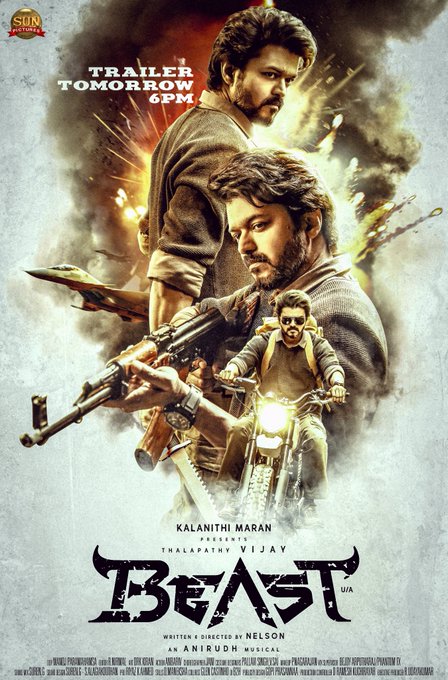 The trailer starts with the voice over of veteran filmmaker Selvaraghavan who played a character in the film. He starts narrating the story of the film and also introduces Vijay’s character to the audience. The film is about terrorists hijacking a shopping mall and actor Vijay who is described as “one of the best and most notorious spies India ever had” getting trapped in it with public.

Many celebrities including Vignesh Shivan, Lokesh Kanagaraj, Venkat Prabhu wishes the team for a big success. Fans of actor Vijay has been trending hashtag for the reach of the trailer which already garnered 5 million views in YouTube. 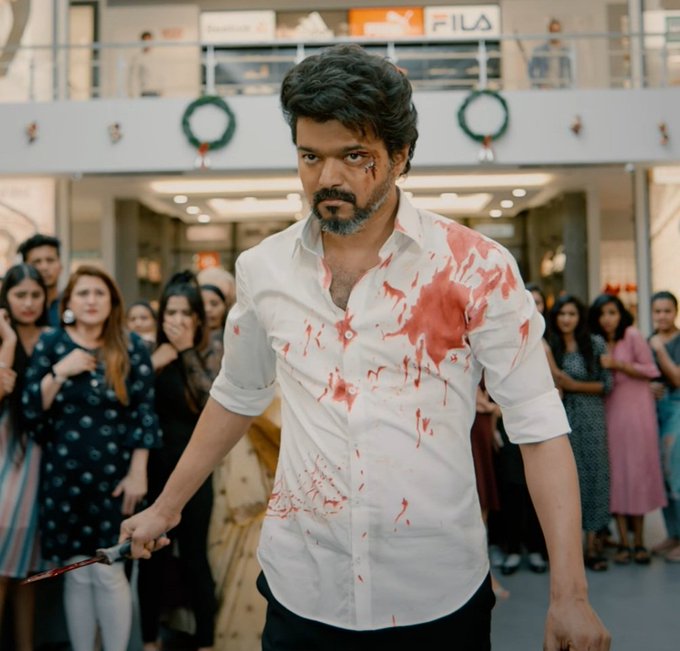 Comparisons between Die Hard, Ghurkaans, web series money heist and Beast are being made in the internet platforms. Popular movie reviewer Blue Satta Maaran who recently caught in controversy after making personal comments against actor Ajith kumar, came up with a tweet in his timeline, dropping a movie plot, denoting that it is similar to “Beast”.

Uploading a poster of 2009 released Paul Bart : Mall Cop, Maaran wrote “Paul is an aspiring Police. Works as a security guard at the West Orange Pavilion Mall. An organized gang of thugs disguised as Santa’s Village employees begin a heist inside the mall. Paul destroys their mission and gets job offer from NJ State Police” as his tweet’s caption.

Paul is an aspiring Police. Works as a security guard at the West Orange Pavilion Mall. An organized gang of thugs disguised as Santa’s Village employees begin a heist inside the mall.

Paul destroys their mission and gets job offer from NJ State Police. pic.twitter.com/198KrYLAvY

On seeing the fans, many Vijay fans questioned Maaran why he is starting to target Vijay now as he was degrading the fans of actor Ajith kumar. Check out some of their reactions below :

It looks like a copy of Mall Cop with a slight difference. In Mall Cop, hero is a comedian. In beast, he is a serious action hero so added those masala’s like fighter planes, machine gun to boost him.

Here’s the trailer of Mall Cop :

Previous articleVIRAL VIDEO : Swiggy Boy Ended Up Thrashing A Woman In Public After Trying To Pacify Her Anger!!
Next articleHashtags “Gurkha 2″, ” Money Heist” Are Trending After The Release Of “BEAST” Trailer!!

Actor Vijay paid his final respect to late SPB by visiting his funeral in person. The singer's funeral was held at his Red Hills...

Not long ago, a report regarding a press reporter testing positive for coronavirus surfaced. Now, to our shock, 26 employees of Sathyam TV tested...