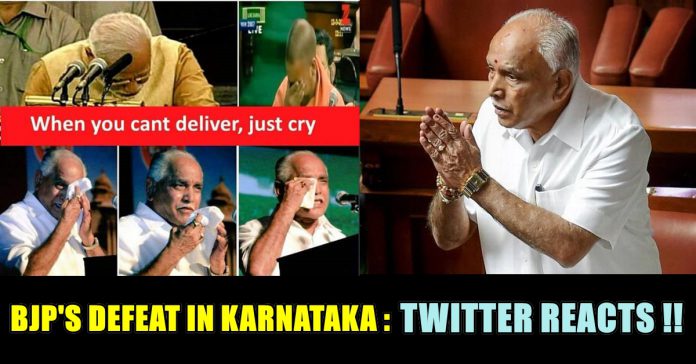 The Bharatiya Janata Party (BJP) emerged as the single-largest party in the assembly elections in Karnataka this week, and staked claim to form the government. There was an alternative in place. The Congress and the Janata Dal (Secular) had come together in a quick post-poll arrangement and claimed they had the majority in the House. The governor Vajubhai Vala still decided to invite the BJP’s legislative leader, BS Yeddyuruppa, triggering a political-legal storm. Eventually, on Saturday Yeddyurappa resigned minutes before the trust vote was scheduled. There are clear differences, but 22 years ago on the national stage, the BJP had emerged as the single-largest party and was invited to form what is famously known as the 13-day government.

HT reconstructs what happened then.

The Lok Sabha elections were held five years after prime minister PV Narasimha Rao ushered in economic reforms, four years after the demolition of Babri Masjid, and months after the so-called Hawala scandal (where the Rao government implicated leaders from across parties, who later got acquitted).

The BJP declared Atal Bihari Vajpayee as its prime ministerial face. Riding on the promise of change, being a “party with a difference”, aggressive nationalism, and its Hindutva agenda, at a time when the Congress was in disarray, the BJP emerged as the single-largest force. It won 161 seats, compared to 140 by the Congress. But the regional parties and the Left held the key. The house was fragmented, the game was open.

On the basis of being the single-largest party, the BJP staked claim to form the government. President Shankar Dayal Sharma decided to invite Vajpayee, swore him in as PM and gave him two weeks to prove his majority on the floor of the house.

The BJP attempted to stitch together a coalition wooing regional parties. But in 13 days, on May 28, Vajpayee – in what has become a landmark speech — resigned on the floor of the House, before the vote.

The resignation opened up the political field yet again. The Congress decided not to stake claim and instead supported the Janata Dal, the third-largest party with 46 seats, which formed the United Front with other regional and Left parties.

This alliance internally asked former PM VP Singh to be their leader but he refused; they then asked the longtime CM of West Bengal and Communist Party of India (Marxist) leader Jyoti Basu, whose party rejected the offer. Eventually, they made Karnataka leader HD Deve Gowda the PM face and managed to win the trust vote. The government lasted a year before the Congress withdrew support. The UF then had another leader, IK Gujral, sworn in as prime minister. But differences with Congress once again led to the collapse of the government within a year.

The 13-day Vajpayee experiment was significant for several reasons.

One, for the first time, India had a prime minister who came from a staunchly Rashtriya Swayamsevak Sangh (RSS) background, and had never been a part of Congress’s mainstream politics. The government did not last but this generated sympathy — at least in urban India, among the middle classes — for the party they felt was being unfairly kept out of power.

Two, while elevating the BJP to the top, the brief duration also highlighted to the party the need to become more accommodating of allies, moderate its agenda, and become a big-tent formation. They used this lesson in 1998, when their government lasted 13 months with a wider set of allies, and in 1999, when the Vajpayee government was to go on to serve its entire five-year term. Three, it opened up the question of the President’s role in choosing a stable government. While Sharma stuck to convention and invited the single-largest party, two years later his successor KR Narayanan decided that he would only invite a leader when he was convinced that he had majority and thus asked for signatures of all supporting MPs. This debate played out on the governor’s role even now.

And finally, for the anti-BJP parties, the 1996 lesson was that if they came together, they could keep the BJP out. But they had to provide stable, clean government, and not doing so would only bring back a stronger BJP. As Karnataka 2018 plays out, the Congress and Deve Gowda’s son, HD Kumaraswamy, may want to look back at Delhi ’96.

Newly elected MLAs had been due to vote in the assembly on the orders of the Supreme Court, which intervened after the opposition had protested against a decision of the Karnataka governor to invite the BJP to form a government in Karnataka. His resignation would pave the way for an alliance of the JDS-Congress. “Democracy has finally won the battle against the unholy politics of intimidation, corruption and lies,” the Congress tweeted. “Congratulations Karnataka!”

Here are some top tweets regarding this :

We wont let you down Karnataka, we will keep fighting for you. This time, more stronger and fiercely! #KarnatakaFloorTest

First Pidiots Should Decided Thier Party Name, Its Congress Or Democracy. 😂🙏🇮🇳#KarnatakaFloorTest