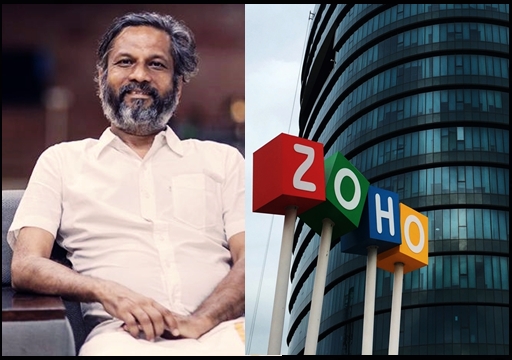 A video tweet of RSS ideologue S Gurumurthy about Sridhar Vembu who founded Zoho corporation celebrating Pongal in his native village created huge controversy among he users of the micro blogging social media site. Gurumurthy said that Sridhar Vembu is celebrating Pongal in his farm with “very ordinary” people and it made the online users to raise so many questions. Clarifying to the outrage that got erupted due to his tweet, Gurumurthy said that people who are living in village are “ordinary” people.

Sridhar Vembu who hails from a Tamil family of farmers from a village in Thanjavur district, Tamil Nadu, founded Zoho corporation and became the 59th richest Indian in the world with a net worth of US$2.5 billion, as of 2020. In the year 2021, he was awarded India’s fourth highest civilian award, the Padma Shri.

After graduating with a bachelor’s degree in Electrical Engineering from the Indian Institute of Technology, Madras in 1989, Sridhar Vembu earned his MS and PhD degrees from Princeton University in New Jersey. He started his career as a wireless engineer at a company named Qualcomm in San Diego, California.

Vembu, along with his brothers, founded a software development house named AdvantNet in the year 1996 and renamed it as Zoho corporation in the year 2009. As of 2020, he held an 88 percent stake in the company. Forbes estimated his net worth at USD $2.44 billion.

The tweet created huge outrage among a users of Twitter who started questioning Gurumurthy over the term “ordinary” he used in his tweet. “Very ordinary people??? What kind of a term is that?” asked political analyst Sumanth Raman whereas many others asked the tweet author to treat everyone equally.

Some imbeciles can’t even pronounce the word “Ordinary” correctly and yet have the gall and guts to call someone by the same term as if he has jumped from Donkey’s ass.

The audacity and idiocy the Khyber and Bolan stocks have is unparalleled. https://t.co/KBGT6JN2mM

“We told you all, the sacred thread wearing brahmins are Nazis & fascists, now hear from this brahmin that they aren’t ordinary people”

I guess this guy tried to say someone as rich as Sridhar is celebrating Pongal with common people. By the way, that is still discrimination. May be not caste based, but money based discrimination to just call others as very ordinary people. People are people! Don’t discriminate. https://t.co/a4LMUjRl7d

It is always better to be “ordnary” person than being a regressive conservative person. https://t.co/QFkEYN6RtA

Just coz you want to praise someone doesn’t mean that you have to degrade others.. Very ordinary people like them are providing the food to the world, no money can solve that… https://t.co/Za2tks0Aw7

A person who lives in the US for a couple of decades becomes ‘special person’ & the rest are ‘ordinary people’. Fundamentally their ideology has many many flaws starting with a sense of entitlement & invincibility https://t.co/P200dNyzx7

Reacting to the hudreds of comments opposing his tweet, Gurumurthy replied writing “Some ask a strange question who is ordinary people. Being from a village I always felt a villager is only ordinary. Villagers who come to chennai think they are superior to their own villagers. Sridhar Vembu who was in US for 20 years is in village today with ordinary people”

Some ask a strange question who is ordinary people. Being from a village I always felt a villager is only ordinary. Villagers who come to chennai think they are superior to their own villagers. Sridhar Vembu who was in US for 20 years is in village today with ordinary people.

It is notable that Sridhar Vembu became a subject to criticism in the year 2020 after attending and endorsing a high-profile event organised by RSS. The Zoho founder defended his participation by saying that it is a matter of his personal choice, according to reports.