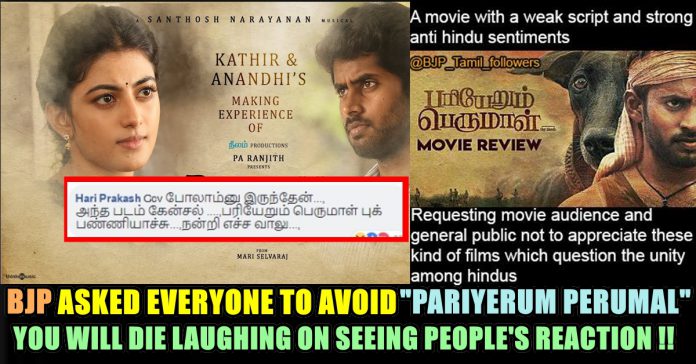 It can be quite easy to bind a film under seals of approvals like ‘masterpiece’ and ‘milestone’. These words can ensure a film’s longevity and, in fact, make a reviewer’s job easy. “There you go, this one’s a masterpiece. It is an important milestone in Tamil cinema.”

The voice of the filmmaker, therefore, is what matters the most. Films, before they turned into being just star vehicles, were a storyteller’s most powerful tool. Director Mari Selvaraj has used this perfectly, giving us the most important film in recent years. But ironically, the film has a relatively smaller opening, screening in lesser number of theatres.

As audiences, we tend to root for the film’s protagonist. Their caste, colour, physique or the greys in their character matter very little. Take the 2013 Marathi film Fandry for instance. Jabya (played by Somnath Awghade) is our hero. His shame becomes ours, his anger, we feel as our own. Pariyerum Perumal is our hero and we do not flinch for a second to take his side or feel his shame. This is Mari Selvaraj’s loudest voice. 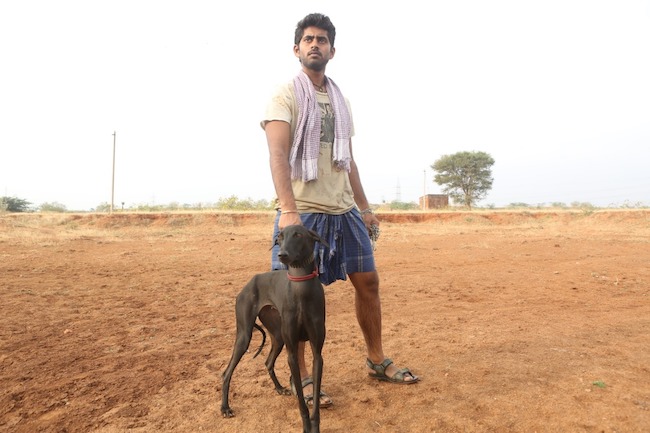 While the song Karuppi, that was released many months ago, hinted that the dog might die in the film, two days before the film’s release, the makers had released the song’s video, confirming our doubts. This also came as a surprise. Isn’t this an important plot point? Why have they let this out? Perhaps there’s more to it than the dog’s death? Mari transports Karuppi to a metaphorical plane, and with it the film is elevated as well.

Mari, like the film’s producer Pa Ranjith, has placed all the subtexts out there in the open and this stands out right from the film’s opening shot. 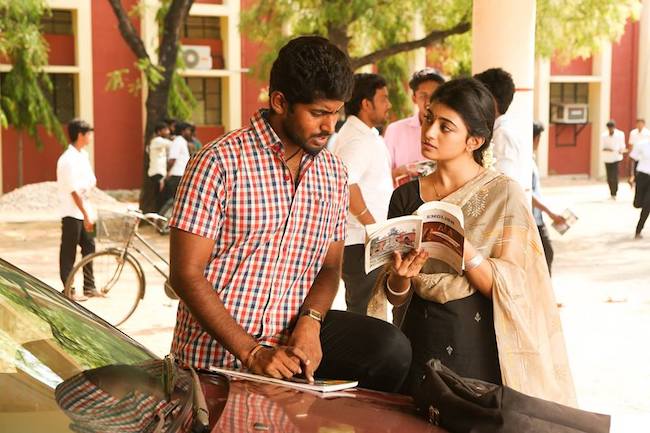 Pariyerum Perumal, therefore, is in its details. The placement of Ilayaraja’s poster or the change in one’s tone while referring to another’s hometown, the association of the directions Merku and Kizhakku (West and East) with respect to one’s caste, the two-tumbler system, Karuppi smeared in blue are elements that’ll make you delve deeper.

It is Pariyan’s way of dealing with things that’ll endear him to you. When his angst reaches a tipping point, we’re already seething. The camera movements, there’s no single static shot in this film (the use of a gimbal is evident), will forcefully place you in Pariyan’s shoes. There’s a lingering, mounting sense of restlessness in these frames that complement very well to the story. The film’s cinematography by Sridhar is one of its highlights.

While the past few weeks have seen gruesome caste-based killings in Telangana, certain sequences in this film are very hard-hitting and shocking. The dialogue “yen kulasami ku seiyara sevaya nenachu panren pa” (I consider this as a service to my clan’s god) will make you retch in fear.

Pariyerum Perumal begins with this line – ‘Caste and religion are against humanity’ but it cannot be tagged as a film on caste. Unlike most films, Pariyerum Perumal does not leave you hanging. Can there be a change? The film’s ending dialogue and closing shot are your answers.

Meanwhile a facebook page named “BJP Tamil followers” uploaded a post in which they requested every fans not to support the movie as it is against Hindu religion. In the post they said “A movie with aweak script and strong anti hindu sentiments. Requesting movie audience and general public not to appreciate these kind of films which questions the unity among hindus”

But response from the public for this post is hilarious and an absolute contrast to what they requested. They also abused the page for this post. Check out some of the few :

Note : There are some abusive comments attached below. Teens under 18 kindly skip.

what do you think on these comments ?? Did you booked your tickets ??

Previous articleVijay Sethupathi Brutally Trolls H.Raja !! He Literally Made Fun Of Him !!
Next articleBIGG BOSS Nithya Said That She Has Admin For Her Twitter !! Check Actress Kasthuri’s Reaction !!