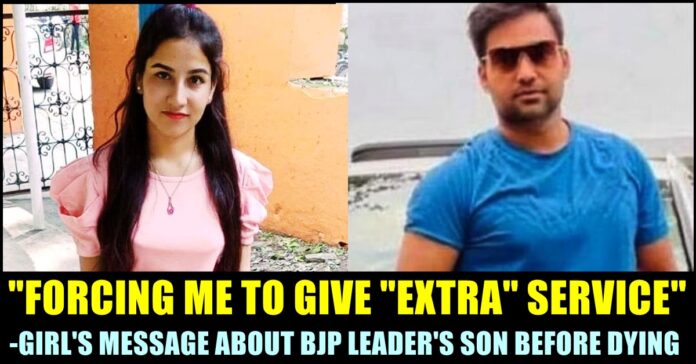 Hashtag “Justice for Ankita” is trending in the micro blogging social media site with hundreds of people seeking justice for the demise of a 19 year old girl who was working as a receptionist in a resort named Rishikesh owned by Pulkit Arya, son of a senior BJP leader and ex-minister Vinod Arya. It has been alleged that the teen girl was pushed by Pulkit and other two accomplices of him after she refused to indulge in prostitution with the hotel guests.

Hailing from Pauri Garhwal of Uttarkhand, Ankita went missing four days ago from Rishikesh resort in Uttarkhand where she used to work as a receptionist. It has been reported that she was allegedly pushed from a cliff into the river Ganga by the owner and his two employees after she refused to obey them.

Ankita Bhandari sent a note to her close friend on Whatsapp, saying “They are forcing me to provide extra service to hotel guests, feeling insecure… the owner once tried to kiss me forcefully” days before her disappearance. Reports suggests that Ankita also shared her agony with her colleagues.

After the preliminary investigation, Police said that the teen had joined the resort for a salary of Rs. 10,000 per month on 28th of August. this year. “The main accused Pulkit Arya (35), who is a son of senior BJP leader and ex-minister Vinod Arya, allegedly forced her to “develop sexual relations with his guests to earn extra” despite her constant refusals.

Virendra Bhandari, father of the victim, said that he ran from pillar to post to ger a case registered with revenue Police but only managed to file one after the intervention of the state assembly speaker Ritu Khanduri. 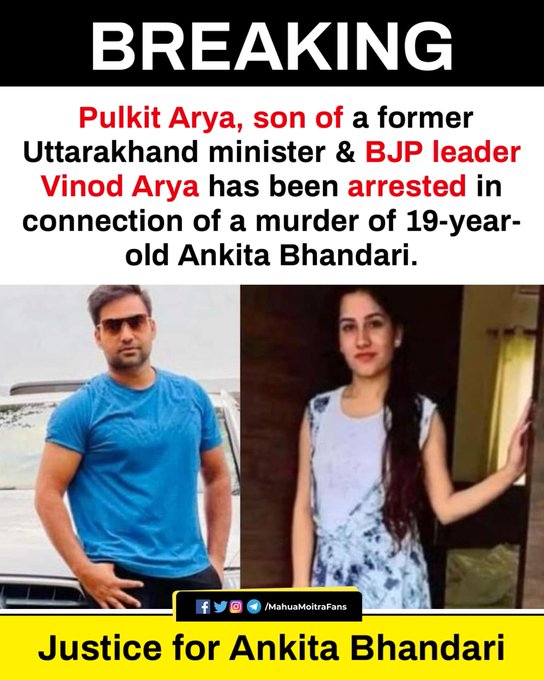 Resort manager Saurabh Bhaskar (35), Staffer Ankit Gupta (19) are the other accused along with Pulkit. They arrested under IPC sections 302 (murder), 120-b (criminal conspiracy) and 201 (causing disappearance of evidence).

Yashwanth Singh, SSP of the jurisdiction said “During questioning on Thursday night, the three accused confessed to their crime. Saurabh Baskar told Police that on the evening of September 18, Pulkit, the owner of the resort and the girl were involved in an argument in her room, in front of him and Ankit Gupta” 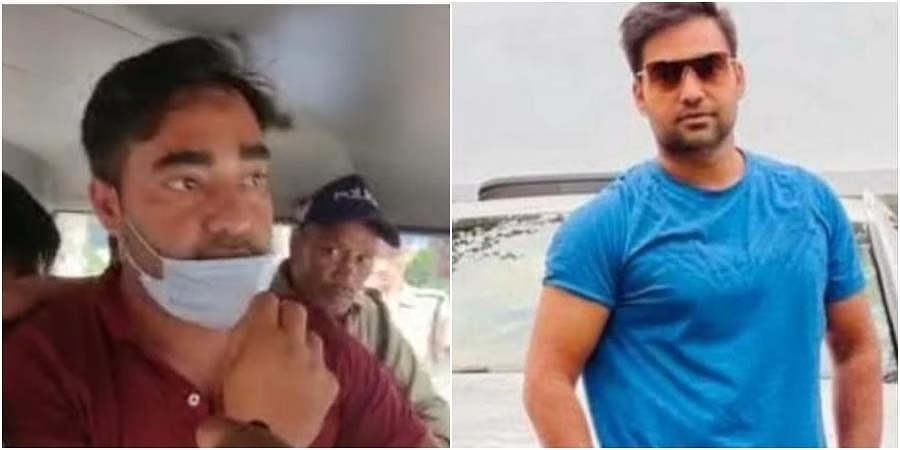 “At around 8 PM, the three accused then left the resort with her on two bikes– the girl seated with Pulkit while Bhaskar and Gupta were on another bike. They went towards AIIMS Rishikesh and had some snacks. From there, they went to Chilla Barrage at around 8 : 30, where the three consumed liquor. There, they had another argument with the girl. In a fit of rage, Pulkit pushed her from a cliff, a few kms from the resort, into the river, where she drowned within a few minutes. Search is now on to recover the body” the official added.

According to Police reports, next day, the three accused told others that the receptionist gone missing from her room, as per their plan. “One of the staffers who had received a call from her on the evening of her disappearance, informed the Police that he saw her very tense and was crying profusely” ASP Shekhar Suyal who is leading a 14 member probe team said.

Father of the girl who is still in a shocked state said that he went to resort to check the CCTV  footage but the cameras were broken. He said that the local revenue Police supported the accused and didn’t take a complaint from him as a result of which he called assembly speaker and registered a case as she directed a district magistrate to look into the case.

A senior Police officer said media that the local inspector wasted crucial time in the case. He expressed his fear of losing much of the evidence as the incident hapened three long days ago. “The girl’s body is yet to be recovered. An autopsy is crucial to determine the details of the urder. The district administration should order a large probe” he said.

The incident created huge outrage among the locals and internet media. Many people gathered in front of the resort seeking justice. In the meantime, Uttarkhand Chief minister Pushkar Singh Dham ordered authorities to inspect all the resorts operating in the state and take action against those illegally constructed. He also asked the authorities seek information about the condition of the staffers of resorts, hotels and guest houses in the state and to take their complaints seriously.

Followed by Vijay Antony and Harish Kalyan who announced 25 % of salary cut considering the lockdown crisis, now a young hero came up...