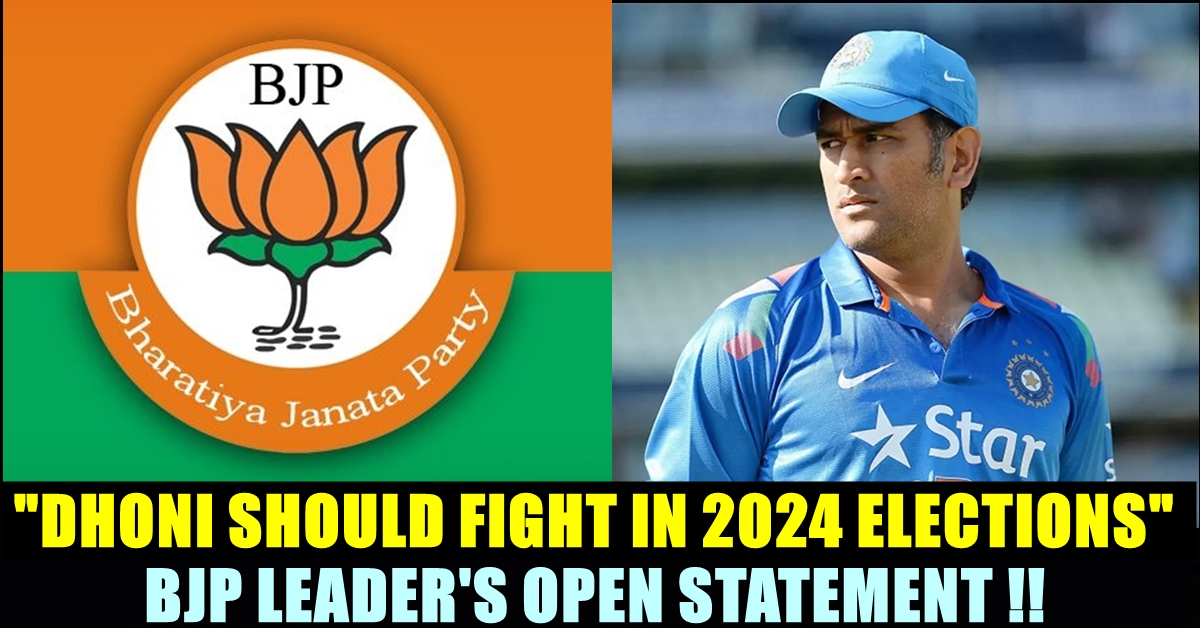 As soon as Dhoni announced about his retirement from International cricket, speculations about his after life is doing rounds in the social media platforms. While few people are expecting him to join the Indian Army, some of them wants him to continue playing for Chennai Super kings for few more years. A separate set of fans even expressing their wish of seeing Dhoni as an actor in Bollywood cinema. However, a senior BJP member, has posted a tweet saying that Dhoni should contest in the Lok Sabha General elections of 2024.

Former Indian Team Captain Mahendra Singh Dhoni who hasn’t played a single match since the semi finals of World cup tournament uploaded a post in his official Instagram account captioning “Thanks. Thanks a lot for ur love and support throughout.from 1929 hrs consider me as Retired” on Saturday.

MS Dhoni earned enormous number of fans as he loves outsmarting the opposition with his quick thinking, innovative field settings and clever bowling changes. Known for his calm and composed nature, MS Dhoni has gained a nickname “Mr.Cool” for keeping himself calm in the field, unlike other captains. On witnessing his leadership abilities on field for all these years, Subramanian Swamy of BJP party who served as former Union cabinet minister, suggested him to enter politics.

M. S. Dhoni is retiring from Cricket but not from anything else. His talent-to be able to fight against odds and his inspiring leadership of a team that he has demonstrated in cricket is needed in public life. He should fight in LS General Elections in 2024.

As retired cricketers like Gautam Gambhir are already representing BJP party, Dhoni was highly expected to join the party as well. However, there was a rumour doing rounds in social media saying that the main reason behind the cricketer’s decision was Jay Amitbhai Shah, son of BJP head Amit Shah who recently became the secretary of the Board of Control for Cricket in India. It is believed that Dhoni refused to campaign for the Jharkhand’s chief minister candidate of BJP when the party members approached. It is notable that the cricketer hasn’t involved in any kind of activities proposed by Prime minister Narendra Modi since the COVID 19 pandemic.

Raina Announced His Retirement Too ?? OMG !! This Can’t Be It
This Tamil Film Grabbed The First Place In IMDB & The Young Director Couldn’t Resist Sharing It !!