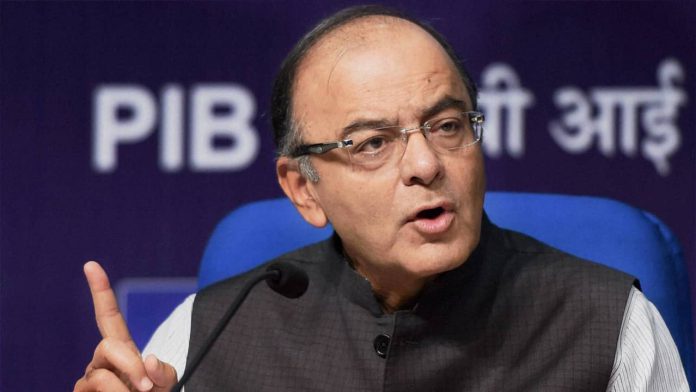 What’s so special with November 8 of this year? Yes, you all guessed it right! It  is going to be one year since the Union government decided to demonetise the high value currency notes.

Arun Jaitley, Union Minister for finance, announced that BJP will mark the day November 8 as “Anti black-money day” across the country.  He also announced this as a priority programme for the party and its leaders as well as Union ministers.

This is in contrast to the plan by 18 opposition parties led by the Congress to remember the demonetisation anniversary as a “black day”. They have argued that not only had demonetisation failed to fix the problem of black money, but also caused considerable hardship and disruption especially to the poor who operate in the informal economy driven by cash transactions. “BJP and the National Democratic Alliance (NDA) has a clear policy to act against black money in the country. After the government was formed in 2014, a special investigation team (SIT) was constituted to act against black money. Government has also made agreements with different countries to get real time information,” Jaitley said. The finance minister added that the government had managed to make headway with the three objectives of demonetisation: reducing cash transactions, digitalising commercial transactions and expansion of the tax base.

Opposing the BJP’s statement, senior Congress leader Anand Sharma said “What has been said about the economy is not true…It is wrong to say that the country’s economic fundamentals are strong. The finance minister claiming that India’s economy is the world’s fastest growing is incorrect and factually wrong. The government has no plan to put the economy back on track.” The ruling party and the opposition party have entirely different opinions in the matter of demonetisation, as always. At the end of the day, the flow of black money in the Indian Economy, has reduced or not? Demonetisation was fruitful or wasteful?

Previous articleA Homeless Woman Was Raped In Broad Daylight In Vishakhapatnam
Next articleKamal Has A Big Surprise For Us On His Birthday, Indeed A Great News!

The Bigg Boss housemates are worried about Ponnambalam and Tuesday’s episode began with Janani and Vaishnavi who spoke about who may get eliminated in...