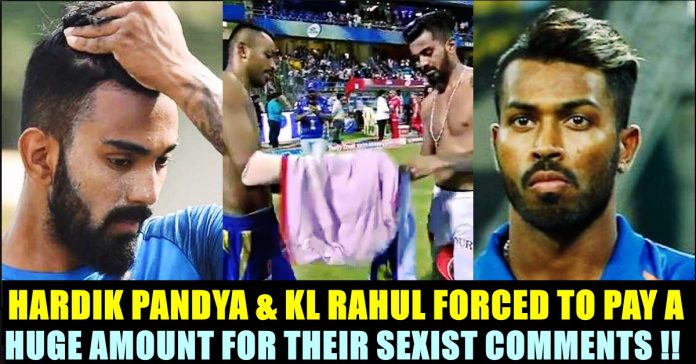 The Board of Cricket Control of India’s (BCCI) Ombudsman DK Jain directed Indian cricketers Hardik Pandya and opener KL Rahul to pay a fine of Rs 20 lakh each for their sexist comments on TV show, Koffee with Karan.

In the order published on the BCCI website, Jain wrote that Pandya and KL Rahul have to pay a sum of Rs 1 lakh to each of the most deserving widows of ten constables in para-military forces who have lost their lives while on duty through the medium of  ‘Bharat Ke Veer App’. They have also been asked to deposit a sum of Rs 10 lakh in a fund created by the Cricket Association for the blind. 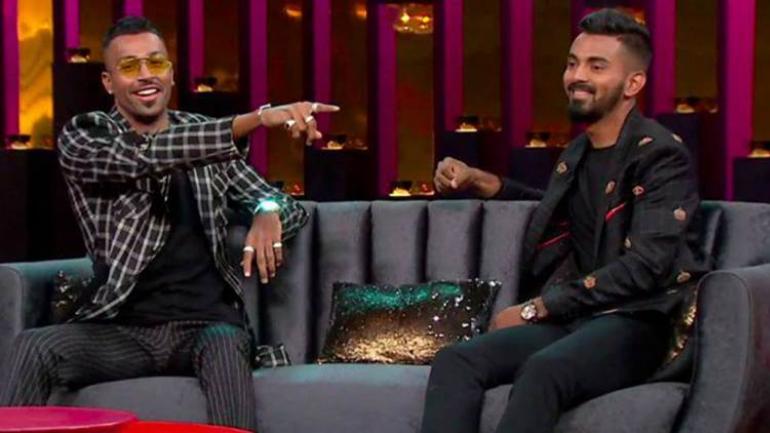 “Taking into consideration all these aspects, in particular that the player has tendered an apology for the incident without seeking to justify his action, has acknowledged his duty to the society and expressed his willingness to hold himself to higher standards expected of him and has missed out five ODIs; in the interest of justice and fair play, in order to purge his collective indiscretion, it would suffice if the player is directed to…” read the order by Justice Jain before listing out the two donations asked of them.

The Ombudsman has also said that if both the players fail to do so within four weeks from the date of the receipt of the order, the Board of Control for Cricket in India might deduct the said amount from the match fees payable to the players.

The Ombudsman noted that the players had already missed out on earning of about Rs 30 lakh as they had been sent back from the tour of Australia. But he also noted that cricketers in the country are role models and their act should be befitting the status they have acquired.

After facing heat from social media, Hardik apologized for his behaviour as well.

Evicted contestant of this week in Bigg Boss season 3 has been revealed by several media houses. The 12th week of the Bigg Boss...

Drums player Vettri who got recognized by Sivakarthikeyan in the "RRR" event, appeared in an interview with an youtube channel and talked about how...

“I Was Wearing Shorts & Tops” – Brigida On Acting In A Nu*e Scene!!

While reacting to a reel video about her journey in Instagram, actress Brigida who made her debut as heroine through "Iravin Nizhal" of Parthiban,...