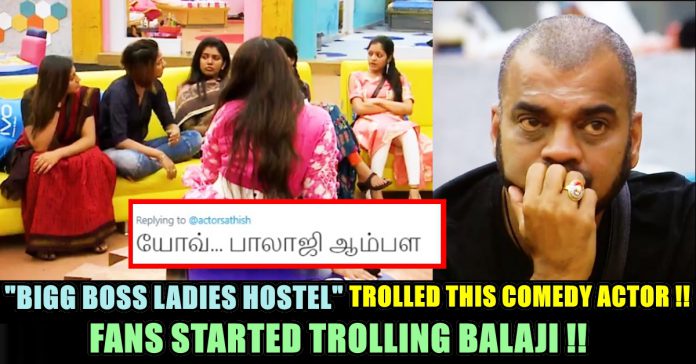 Kamal Haasan had given a hint that the elimination this week on Bigg Boss Tamil 2 might take the viewers by surprise on the saturday episode itself. True to his words, Sendrayan is rumoured to be evicted from the reality show.

There is a wide-spread hatred online that Sendrayan has been eliminated from Bigg Boss Tamil 2 and Aishwarya Dutta has turned safe.Strangely, the online polls and the response on social media sites had clearly indicated that the latter might be out of Vijay TV’s show. 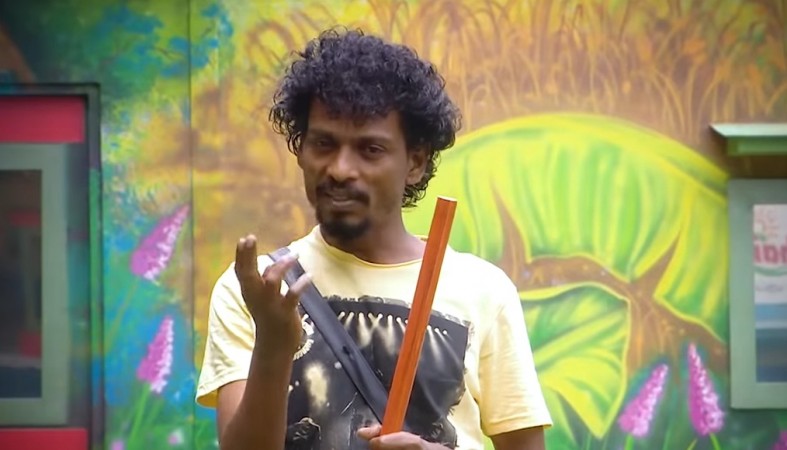 On Sunday after confirming that Sendrayan has eliminated from the house Kamal for the first time showed his disappointment on a contestant being eliminated. He also pointed out that none of the audience clapped when he announced the elimination of Senrayan which denotes that no one wants him to be eliminated. 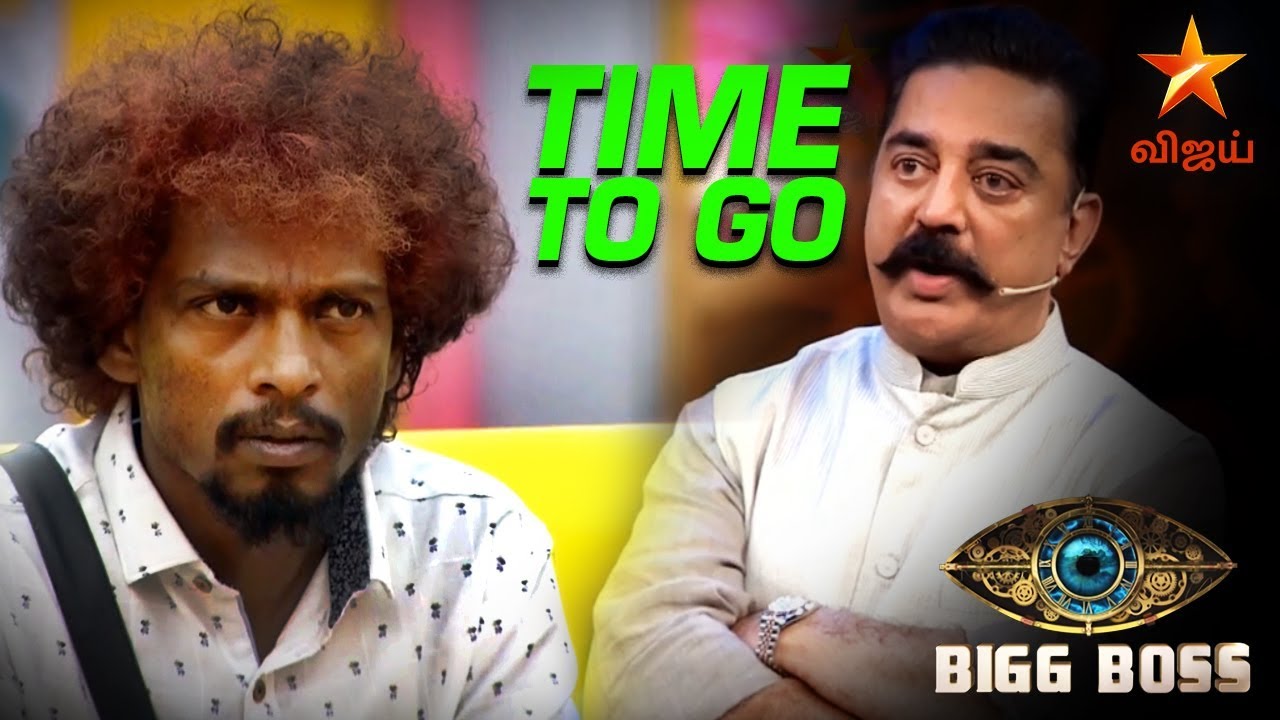 After Senrayan’s elimination the whole Bigg Boss house filled with women contestants as Balaji is the only male contestant inside the house. As Aishwarya, Yashika, Rythvika, Janani, the current actresses of Tamil cinema are inside the house playing the game presently, Mumtaz and Vijayalakshmi who were almost completed their career in Tamil cinema also playing the game.

Thaadi Balaji is the only male contestant in the Bigg Boss house now. Meanwhile after the elimination of Senrayan, disappointed comedy actor Sathish, one of the ardent follower of Bigg Boss trolled the show by hash tagging it as Bigg Boss Ladies Hostel which received massive response from the audience. Check out his tweet below :

Most of the Bigg Boss fans questioned Sathish about the existence of Thaadi Balaji and some trolled him as Watchman as well. Check out some of the main comments here :

Thats Women’s power
Could see the jealousy of men😂! Ctrl!Anyways the title winner is also going to be women.Ladies hostel has Balaji who speaks behind someone’s back like a women. And there is #AishwaryaDutta who is brave as Men❤#BiggBossTamil #BiggBossTamil2 #BiggBoss2Tamil

Sad that men cudn give competition this time ! None of them !

What do you think on his statement ?? Let us know !!

Alhena and Aishu who were participating in the Dance Vs Dance show of Colors TV, got eliminated from the show in the semi finals...

In a way of reacting to the fans of actors who are involving in verbal spat, Actress Kasthuri said that it is a shame...