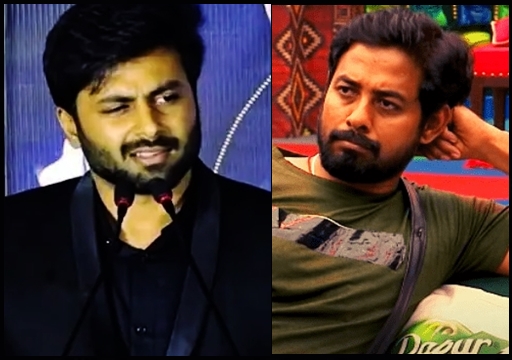 Bigg Boss season 4 winner Aari Arjunan provided a personal message to Ashwin Kumar of “Cooku with Comali” fame who recently caught into a controversy after delivering a speech in the audio launch of his debut film. He wished Ashwin on becoming a huge star in the film industry and asked media and public to forget about the blunder he made as he released a video making an apology.

“I think he apologized for what he spoke. There is no actor without a director. A writer, director or a creator’s work helps in a huge way for an actor to nurture himself. No matter if he is Superstar or MGR or Thala or Thalapaty, there is no actor without a producer and director” Aari pointed out the importance of a creator in an actor’s career and said that Ashwin talked that way due to impulsion.

“He apologized saying that he uttered those words as he got emotional. Ashwin made into the film industry through sheer hard work, without the support of anyone. As he himself asked an apology, let’s forget it. These kind of small blunders would take place due to the absence of a proper guide or a God father. We all have made mistakes. One shouldn’t repeat his mistake but should learn from it. He will learn and shine. I am wishing him success for his future” Aari said to the reporters.

“Without anyone’s support, he made it this far with the help of a TV show. I wish him well” said Aari and went on to issue a personal message to Ashwin through camera. “Cinema will be like this Ashwin. It will lift us up if we do anything good and will turn us upside down if we commit any mistake. I believe that tghis film will make you a good speaker and a fine actor. Words and speech will hurt other while we use it without our knowledge. I hope he will not repeat it” Aari added.

“Cooku with Comali” fame Ashwin who recently caught into a controversy due to his speech in the audio launch of his debut film “Enna Solla Pogiraai”. The comment made by the actor about dozing off while hearing scripts that he doesn’t like, landed him in huge trouble. Netizens made memes and trolls until the aspiring actor released a video apologizing for his speech in the audio launch.

Ashwin Kumar Lakshmikanthan who is popularly known as “CWC” Ashwin is all set to make his debut as hero in Tamil film industry through “Enna Solla Pogiraai”, trailer of which promises a triangular love. In the audio launch event of the film, Ashwin, after seeing his, got excited and made a speech out of excitement.

Previous articleThamarai Got Thrashed For Commenting On The “Appearance” Of Her Co-contestant !! WATCH VIDEO
Next articleThis World Cup Winning Cricketer To Debut In Nayanthara’s Movie !!